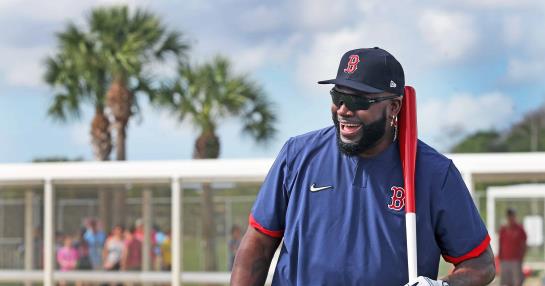 There’s a month to go to see if baseball writers will pick a former player at the Hall of Fame, but David ortiz sat down to eat dinner on Christmas Eve with the tranquility that the first “bulletins” predict that he will go to Cooperstown on July 25, as long as the Covid-19 allows it.

As of the night of December 24, 55 ballots had been made public, 14.8% of the 392 estimated by Ryan Thibodaux are available on this occasion. Of them, the Big daddy It has appeared in 47 to 81%, the highest among the 24 members of the pool.

The former Twins and Red Sox player would need 247 votes to get the minimum, as long as the 392 eligible votes cast.

Following Ortiz are Barry Bonds and Roger Clemens (75.9%), bordering the limit in their last year within the control of journalists. Sammy Sosa barely gets 15% in which is also his final shot at the writers.

Alex Rodríguez, who makes his debut on the ballot, achieves 50%.

What does the story say?

Thibodaux began in 2009 with a basic Microsoft Excel sheet to monitor voters who made their ballot public as social media was on the rise. Over the years the presentation has improved until today it displays graphs full of useful data so that the reader understands the process better.

In these 13 years, the trend has been that once the final vote is made public, it drops by up to a one-digit percentage in relation to advanced data.

In 2015, Pedro Martinez appeared with 98% of the votes after revealing 60.2% of the ballots. When the final announcement was made, that of Manoguayabo finished with 91.1%.

Vladimir Guerrero appeared with 72% in his first appearance (2017) with 71% of the votes relieved. In the end he got 71.7%. In 2018, the Thibodaux spreadsheet showed 94.3% with 75.4 of the cards released and Don Gregorio’s Storm finished with 92.9%, the highest to date among the three Dominicans with a niche in Cooperstown.

Ortiz arrives with a cushion that, if he keeps up, can allow him to lose up to 6% and still reach the sacred temple of the immortals.

The former Red Sox designated hitter arrives with options to land in the town where baseball was first played in special condition.

In Cooperstown there are 235 former players, out of about 16,000 who played as of 2015. Of those, 134 entered through the vote of members of the American Baseball Writers Association (BBWAA), but only 57 did so in their first appearance. on the ballots, 42%.

Among the Latinos, only Pedro (2015), the Puerto Rican Iván Rodríguez (2017) and the Panamanian Mariano Rivera (2019) entered the BBWAA in their first opportunity, since the Puerto Rican Roberto Clemente was taken in 1973 in a special election by the Hall of Fame, months after his tragic death in a plane crash.

Ortiz can join a group of six other confirmed baseball figures for the July 25 ceremonial.

On December 5 it was announced that Gil Hodges, Jim Kaat, Minnie Miñoso, and Tony Oliva were elected by the Age of Golden Days Committee, which considered a 10-person ballot comprised of candidates whose primary contribution to the game came from 1950 to 1969.

Bud Fowler and Buck O’Neil were chosen by the Early Baseball Era Committee, which considered a 10-person ballot of candidates whose primary contribution to the game occurred before 1950.

Graduated in Social Communication from O&M University. He has worked as a journalist specialized in sports since 2001.