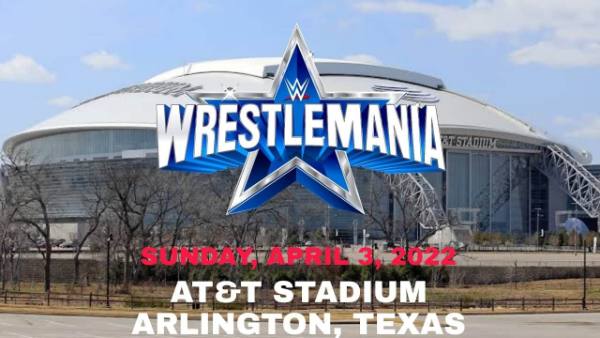 The Wrestlemania 38 billboard is taking shape. WWE WrestleMania 38 It will be the best event of the year for WWE fans. The showcase of the immortals will present two nights full of action without limits in which the biggest ssuper stars of the world of wrestling professional will compete for a place in history. The show of shows begins to take shape and the first fights are already rumored. So far we have the following rumored matches.

Brock Lesnar was the winner of the Royal Rumble 2022. Despite losing against Bobby Lashley, everything suggests that his chosen rival to fight on the show of shows is going to be Roman Reigns, since both have had a rivalry to see who is the best WWE superstar for months.

In the women’s division we had Ronda Rousey winning the Royal Rumble, and it is still the former UFC and WWE champion who has to decide which championship she is going for. The latest information tells us that WWE RAW Women’s Champion Becky Lynch would be the chosen rival for Wrestlemania.

On the other hand, SmackDown Women’s Champion Charlotte Flair could have a rivalry with wrestling legend Lita.

These three fights are the most likely to take place, but there will be many more fights that will take place in the great event. We will have to wait to meet them.