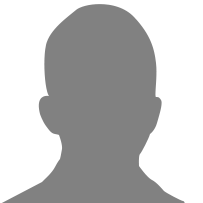 
Raw Underground It was a concept that WWE presented during the COVID-19 pandemic, which consisted of a series of segments in which wrestlers, with Shane McMahon as host, were fighting each other in a location that can be described as a basement. The segments used to open with a short performance by some dancers who, apparently, were ‘strippers’ real.


omos, then known as Jordan Omogbehin, was one of the most frequent wrestlers on the Raw Underground. In a recent podcast interview Say Less With Kaz, Lowkey and Rosy, the nigerian giant revealed a surprising and hitherto unknown fact about ballerinas who appeared in the segments: “I thought they were actresses, but they said, ‘No, they are literally strippers’, I was like: wow.”

Some former WWE superstars They already criticized the appearance of dancers in the show in 2020, it is the case of the WWE Hall of Fame member, alundra blayzewhich he wrote on his Twitter account: “Bringing in half-naked women while promoting evolution and equality”. The former wrestler continued: “Yes, it’s entertainment. Yes, it’s a sketch. Yes, they are acting. Yes, there are fighters. But why open a show with women dancing sensually? Why not men in thongs?” Former WWE Intercontinental Champion James Storm showed his support for Blayze: “I totally agree with your point. I would have applauded tremendously today if they had made a women’s Underground with three men dancing. If you’re going to try to charm people, at least do it for everyone.”

During his interview, omos also talked about how he felt in his early days on Raw Underground: “It was really fun because, at first, I was very quiet, and then as it progressed, Shane was like, ‘You’ve got to get your promos up.’ “He was like, ‘You know what? I’m just going to say something against you, and you answer me’. It became interactive, and I think that helped me move forward.”

Omos has not appeared on WWE programming since July of this year and, as reported Fightful Select,the giant would be at waiting for new creative plans to be able to return to television.

Remember that the next WWE PPV is WWE Extreme Rules and in Solowrestling you will be up to date with all the related news.