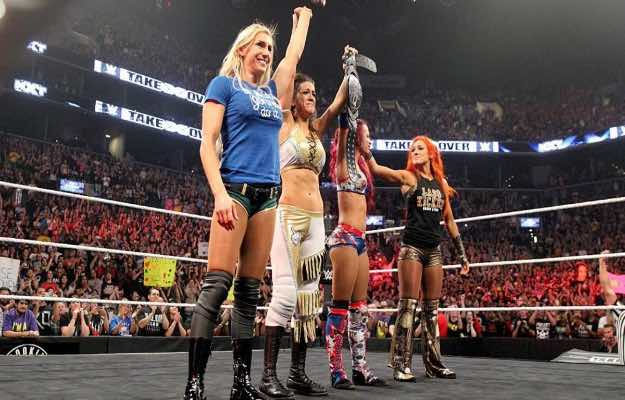 opening with WWE newsVince McMahon’s company had among its plans a closure of Wrestlemania with the Four Horsewomen.

WWE had planned to close Wrestlemania with the Four Horsewomen

On the occasion of the celebration of Wrestlemania 38, WWE is continuously planning and changing the most important matches of the event. In the case of the women’s fights at the top of the card, they are already closed. However, the company evaluated other options for the fighters.

According to information from Louis Dangoor of Give Me Sport, the company thought during the months of November and December the idea of ​​holding a four-way match between the members of the Four Horsewomen faction. With Sasha Banks, Charlotte Flair, Bayley and Becky Lynch as protagonists.

Dangoor said that the original plan was for the four wrestlers to close out the first night of Wrestlemania 38, so it was very likely that both the Raw and SmackDown women’s championships would have been on the line, although it was not made clear by Louis. Dangoor.

According to the information, WWE ruled out the possibility of the multiple combat for several reasons. One of them was the return of Ronda Rousey in Royal Rumble. When WWE confirmed that the fighter would be available for the Wrestlemania season, they thought her priority was to give her one of the biggest matches on the card. On the other hand, Dangoor highlighted that several people within WWE thought it would be a good idea to conclude with the story of Becky Lynch and Bianca Belair at Wrestlemania 38.

With this change of plans, both Becky Lynch and Charlotte Flair have already defined their fights for the great event. However, it is unknown what the plans would be for the other members of the group. Neither Sasha Banks nor Bayley currently have a fight set for Wrestelmania 38.

WWE thought of a fight with the Four Horsewomen – Planet Wrestling