WWE SummerSlam 2021, one of the most important events of the largest wrestling company in the world, was held this Saturday, August 21. The PPV of the Wwe It had several surprises during the day of more than 5 hours that the company gave us. One of the first surprises was the return of Becky Lynch to the women’s division, winning the SmackDown title from Bianca Belair. Additionally, Bobby Lashley easily beat Goldberg and in the central event Roman Reigns retained the WWE Universal Belt against John Cena. At the end, Brock Lesnar made his return to the company. 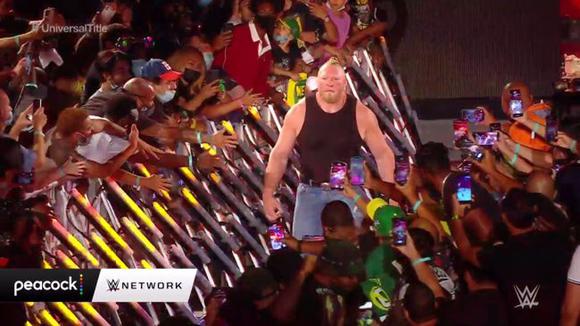 Where to see WWE SummerSlam 2021 live?

You can see this event through the sign of Star Action which is the premium channel for which you must pay a subscription to see it and also via WWE Network, which is also a pay signal.

Alexa Bliss vs. Eva Marie: Although the first in mention has been losing prominence week after week on WWE Raw, it is expected to be the winner of the match at SummerSlam 2021.

Sheamus vs. Damian Priest for the United States Championship: The Irishman is expected to be the one to retain the championship, although it could be time for Bad Bunny’s former Wrestlemania teammate to win his first title as a mid-card fighter.

The Usos vs. Rey and Dominik Mysterio for the SmackDown Tag Team Championship: The Usos seem to have a while yet as tag team champions and it is highly unlikely that they will lose this championship. In addition, it is expected that soon it will be Dominik and Rey who will start a rivalry.

Drew McIntyre vs. Jinder mahal: a fight of a good rivalry and in which it is expected that the first to be mentioned will win so that little by little it will regain prominence in the company.

Bobby Lashley vs. Goldberg for the WWE Championship: another of the fights that seem to have few surprises in the face of the event. Everything seems to be on track for Lashley to retain his belt and continue his great reign.

AJ Styles and Omos vs. Randy Orton and Riddle for the Raw Tag Team Championship: one of the few reserved forecast fights. On the one hand we have the champions who have had a great reign, but the return of Orton after his injury could serve to reach the top again.

Nikki ASH vs. Charlotte Flair vs. Rhea Ripley for the Raw Women’s Championship: It seems that Nikki’s reign has very little time left and it would be the ideal time for Charlotte to return to the top of the women’s division.

Edge vs. Seth rollins: another of the fights that has a reserved prognosis. For now, we dare not declare one a winner.

Bianca Belair vs. Sasha Banks for the SmackDown Women’s Championship: the second most important event of the night and another of the fights that does not have an anticipated result.

Roman Reigns vs. John Cena for the WWE Universal Championship: the stellar combat and the return of a legend to the ring. Cena is expected to be the one who can win the title and thus achieve the world championship number 17 and be the most winner in the history of the company. On the other hand, it would not be surprising if Reings, the current face of the company, continues his reign. 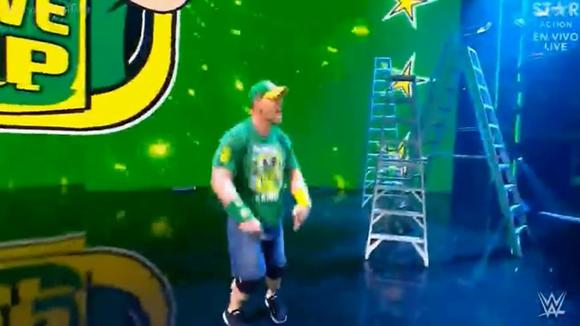