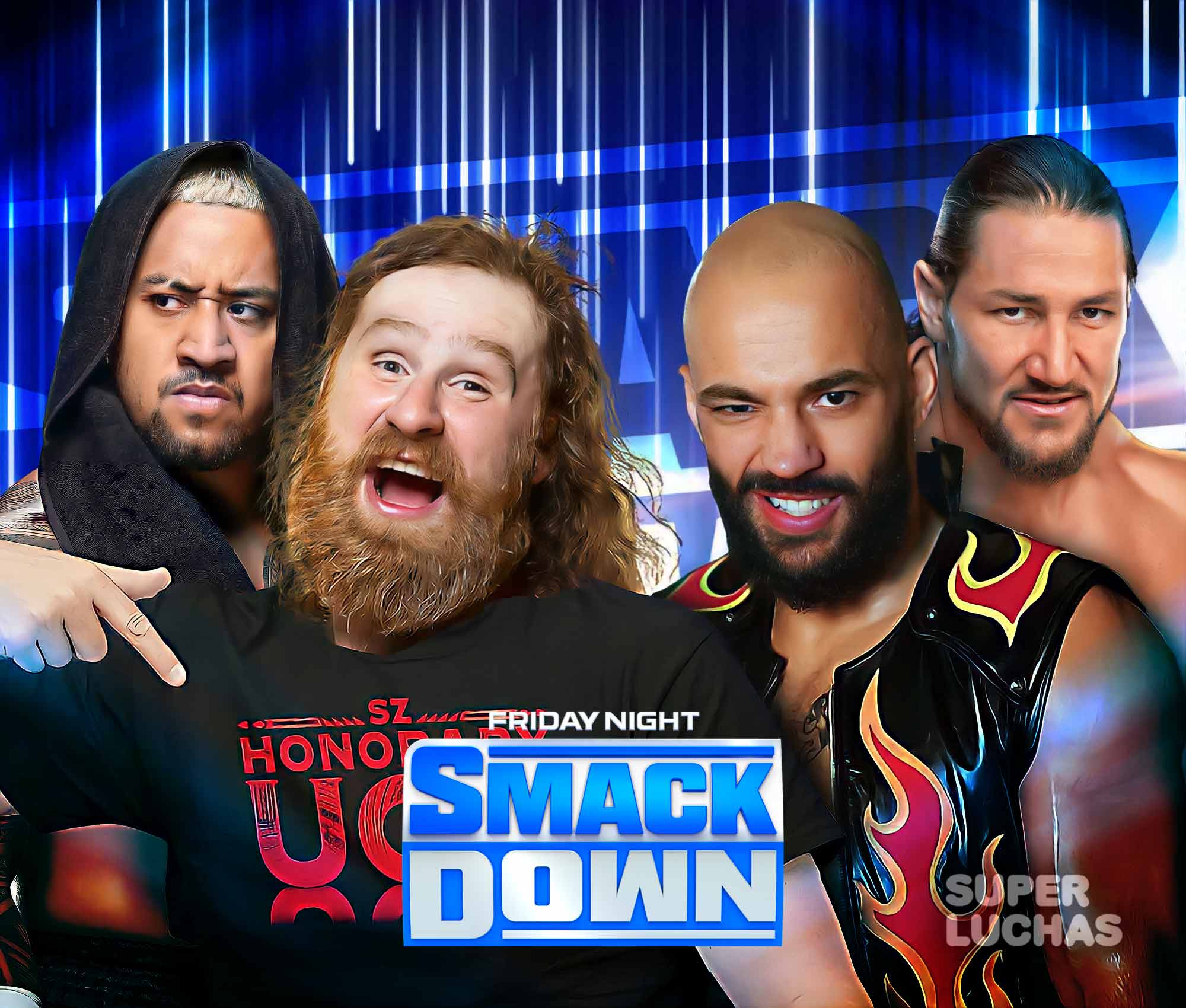 WWE SMACKDOWN SEPTEMBER 30, 2022.— In the past week, sami zayn was officially admitted to TheBloodline. Roman Reigns handed him his t-shirt Uce Honorary, in an emotional moment that has been highly appreciated by fans. The first advantage Zayn felt was when Sikoa only I give him a hand, tearing apart Ricochet Already mad cap moss backstage. That is why a couples fight has been scheduled: Zayn and Sikoa versus Ricochet and Moss, and it will be in the homeland of the redhead. The action of the blue mark of WWE is issued from Canada Life Centerin Winnipeg, Manitoba, Canada.

Bayleywho prepares to face bianca belair for him Raw Women’s Championship in Extreme Rulesalso has its rivalries in Smackdown. In the past week, Shotzi Blackheart caused that dakota kai lose with Rachel Rodriguezso now the leader of Damage CTRL will seek to put in its place to the one with green hair.

► sami zayn He was at home, and he is the one who opened the program going out to the ring.

► Behind him, the intimidating Sikoa only. 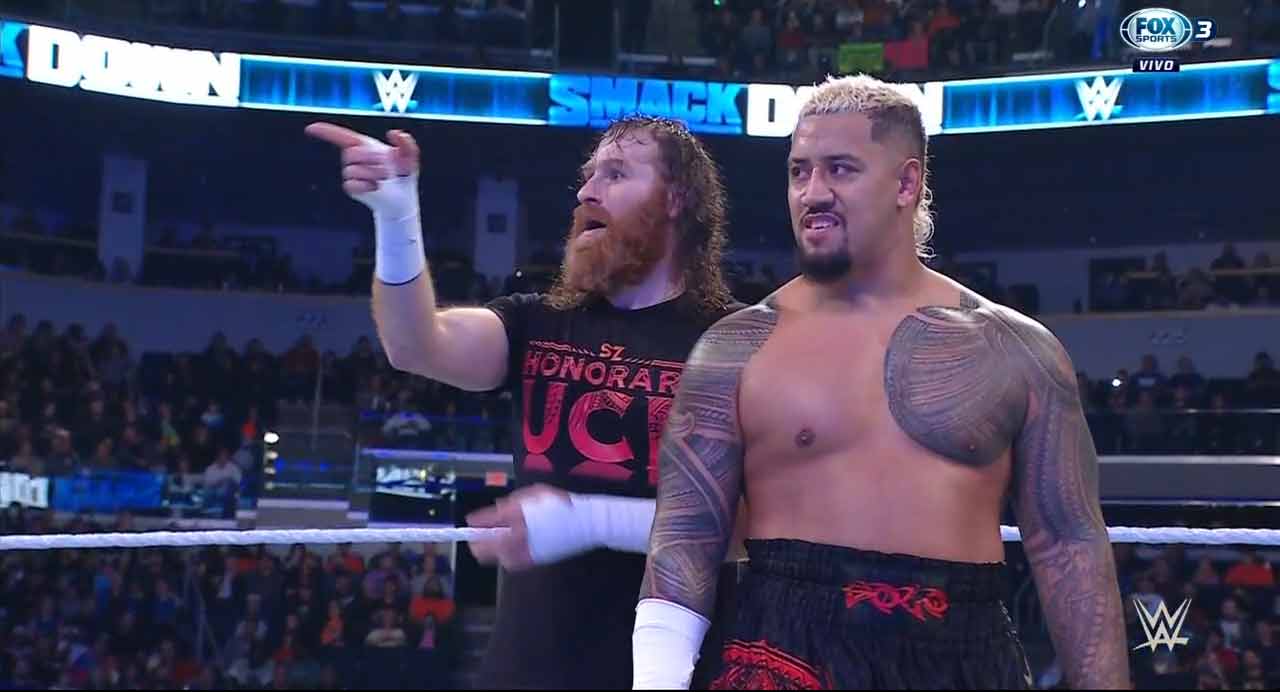 ►1- Sami Zayn and Solo Sikoa vs. Ricochet and Madcap Moss

‘You disrespect me and you disrespect The Bloodline’, was the warning that Sami Zayn gave last week to his rivals in this episode, where he has his first official fight as part of the Roman Reigns group. Having Solo Sikoa as a backup gave Zayn a huge advantage, who was applauded by Canadian fans. Still, we went to the commercial break after Madcap Moss helped Ricochet throw himself into a suicide attack on the rude … Upon returning, Sikoa was punishing Ricochet. With Samoan Drop, he covered him for two seconds… Ricohet avoided a repetition of the punishment and cascaded kicks to his rival, then relieved… Moss entered against Zayn, beating him… Sikoa distracted Moss and he threatened him with a chair. Zayn’s Blue Thunder Bomb for two seconds… Moss’s Jackhammer… Ricochet and Sikoa entered without relief while Zayn and Moss struggled under the ring… Sikoa chaired a suicide stop from Ricochet, then took over from Zayn , landed a spin kick on Moss and proceeded to finish him off.

Spinning Solo from Sikoa to Moss.

The light went out for a second as the camera was pointed at Solo Sikoa. #SmackDown

► Outside The Bloodline’s dressing room, Jey Uso threatened Sami Zayn, telling him that he would be in trouble if he put his family in danger. Zayn ignored it and walked into the locker room.

► In a recorded promo, Karrion Kross threatened Drew McIntyre, ensuring that he will defeat him at Extreme Rules.

► After defeating him, he said, his next goal will be the Undisputed Universal Championship. 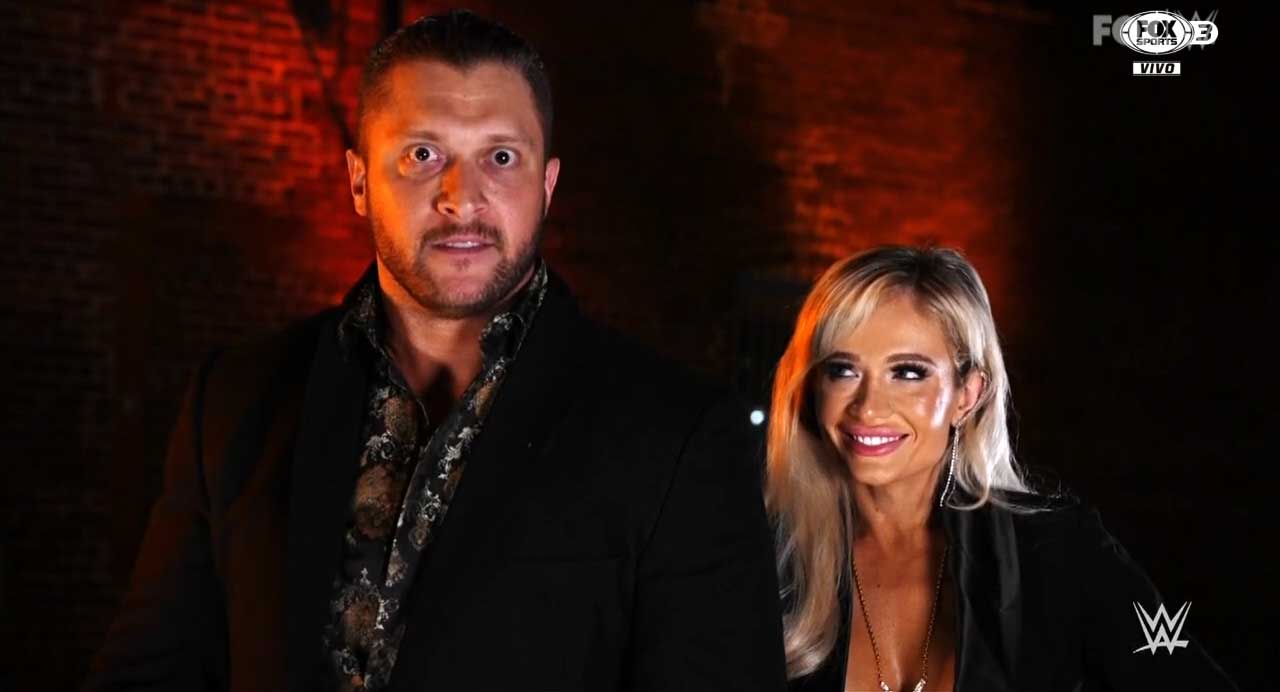 ►Austin Theory was interviewed about it, and mocked McIntyre because after failing at Clash at the Castle, he dared to agree to fight Karrion Kross. McIntyre listened to Theory, and told him that he was waiting for him in the ring. 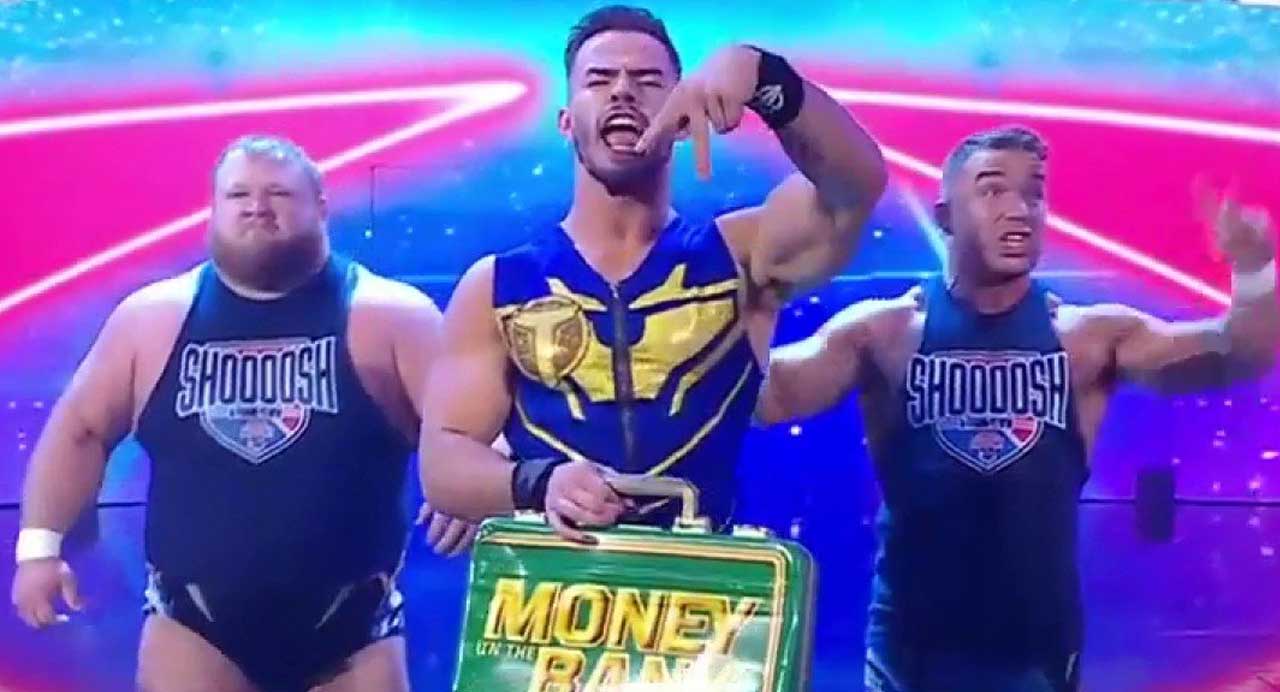 The owner of the Money in the Bank briefcase was cautious, and had time to call Alpha Academy to support him in this fight with Drew McIntyre… Theory wanted to hurt McIntyre with machetes, but he didn’t do much to him, while the Scotsman knocked him down with just one… The rude man was able to punish his rival with the ropes, and after that he hit him with flying kicks… McIntyre responded with DDT… Chad Gable and Otis decided to intervene, causing the disqualification.

► After the fight, Johnny Gargano arrived to help McIntyre, but he couldn’t do anything.

► The balance was leveled when Kevin Owens appeared, and until then the rude ones escaped.

► A challenge was made for a trio fight to be held in this very episode.

► Backstage, the Maximum Male Models They sought to ingratiate themselves with Max Duprí, but he was still upset. Maxine Dupri said they would break the Canadian record for the longest pose, but the pose was ruined when they were interrupted by Hit Row. 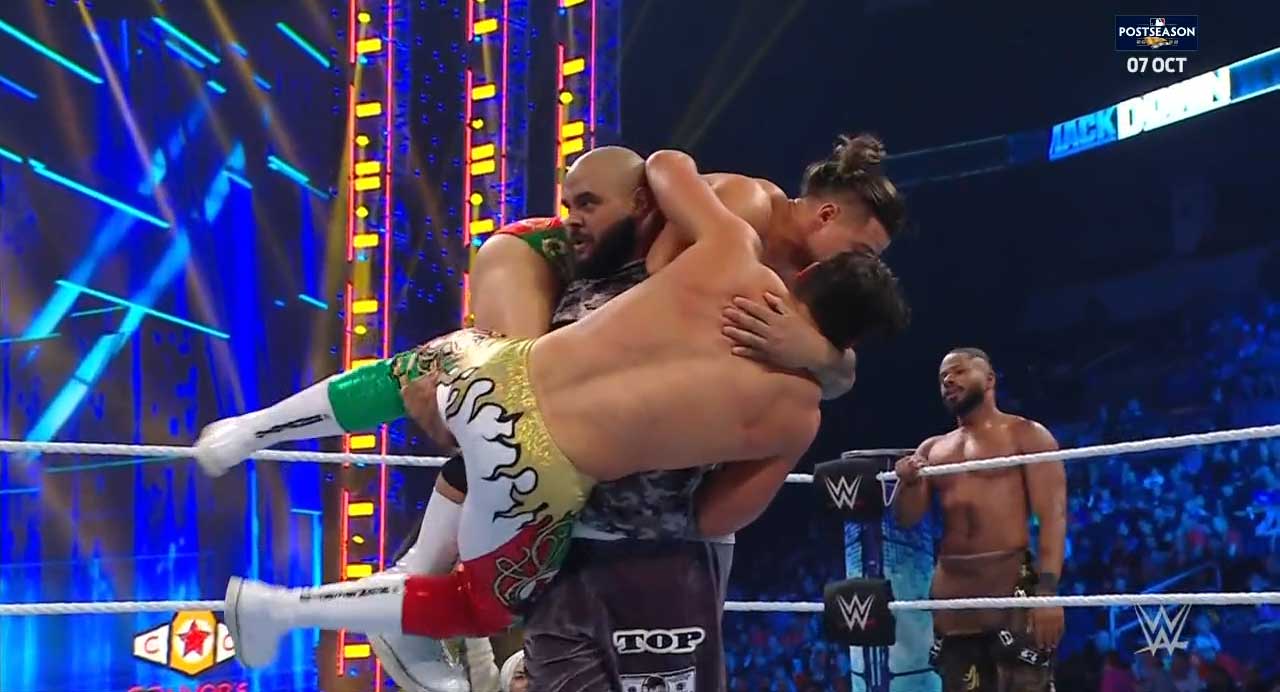 ►3- Hit Row (Top Dolla and Ashante Adonis) vs. The Lotharios (Angel and Humberto)

The Mexicans trickily started with double attacks for Ashante, dancing a syrup on his humanity… Top Dolla made the difference, as he even charged both. After that, it didn’t take much for the rappers to win.

Back suplex from Top Dolla to Humberto. 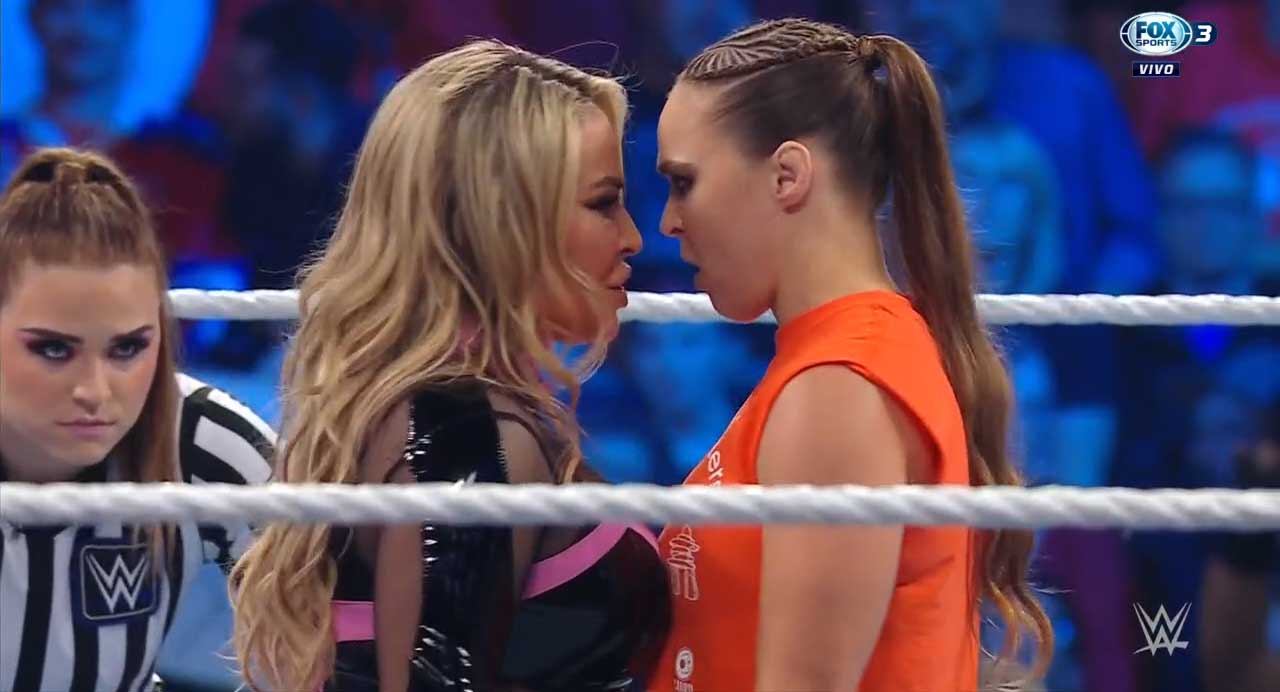 Natalya reappeared for this match with Ronda Rousey because she was at home, and she was the spoiled one. Rousey did not hold back, and from the beginning she punished the blonde with different keys… Natalya wanted to do the same and received knees in the stomach… Natalya tried Sharpshooter that did not prosper, but then she was able to connect Disqus Lariat for two seconds. .. But she couldn’t do much more and was sacked for twisting Rousey’s ankle.

Ankle twist and leg lever from Rousey to Natalya.

► After the fight, Liv Morgan came with a bat to attack Rousey. It didn’t go very well.

► Backstage, Kevin Owens saw that the Maximum Male Models They were still in pose.

► Then he met SamiZayn, who looked downcast.

► Shinsuke Nakamura he also ran into the Maximum Male Models.

► They arrived at the ring Gunther, Ludwig Kaiser, and Giovanni Vince: Imperium.

► They were sure of their fights next week, when Gunther exposes the Intercontinental Championship against Sheamus on SmackDown, and later face the Brawling Brutes in Extreme Rules.

► Sheamus arrived, and although he hit Kaiser and Vince in the hall and then went on Gunther. It didn’t go very well in the end.

And the massacre against Sheamus continues … Gunther knocked him out with his Irish cane. #SmackDown

► Michael Cole and Corey Graves reported about the sensitive death of the legendary Antonio Inoki.

►Inoki, member of the WWE Hall of Fame and founder of New Japan, he worked with both Vince McMahon Sr. and Vince McMahon. 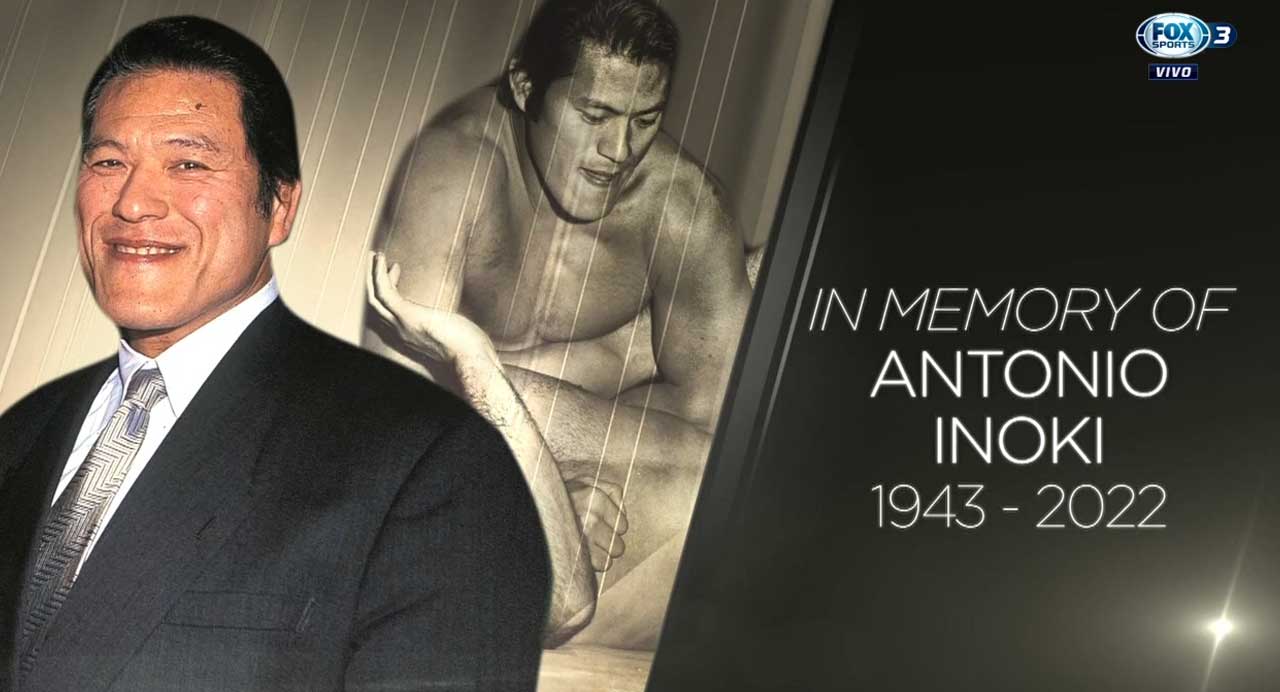 ► Inoki was one of the few fighters who can be called a legend. One of the largest and most important in history. 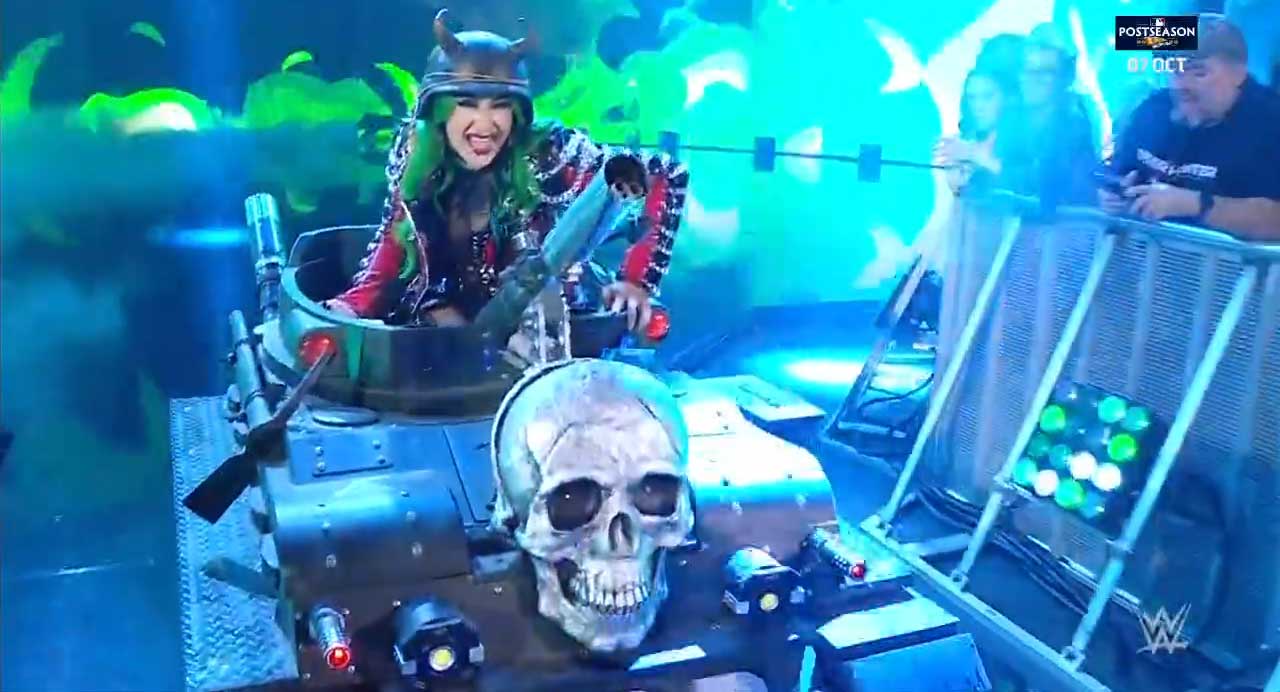 Shotzi arrived with all the intention of stopping the momentum that Bayley brings, and immediately began to punish her in all the ways that occurred to him, leaving the rude lying on the side of the ring for when we were going to a commercial break… Upon return, the massacre continued, until Shotzi climbed the ropes, because Bayley lowered her from there and hit her face on the canvas to win.

► After the fight, Bayley wanted to punish Shotzi with a ladder, but Bianca Belair came to the rescue.

Bayley defeats Shotzi to later attack her with a ladder, however Bianca Belair comes to the rescue. #SmackDown pic.twitter.com/1YcNcFOADY

► Max Dupri, furious, broke the models pose, They were about to break the record.

Max Dupri attacking Mansoor and Mace. “I think this doesn’t work for me.” Be careful, LA Knight is very close to returning. #SmackDown pic.twitter.com/jClZgJ89rF 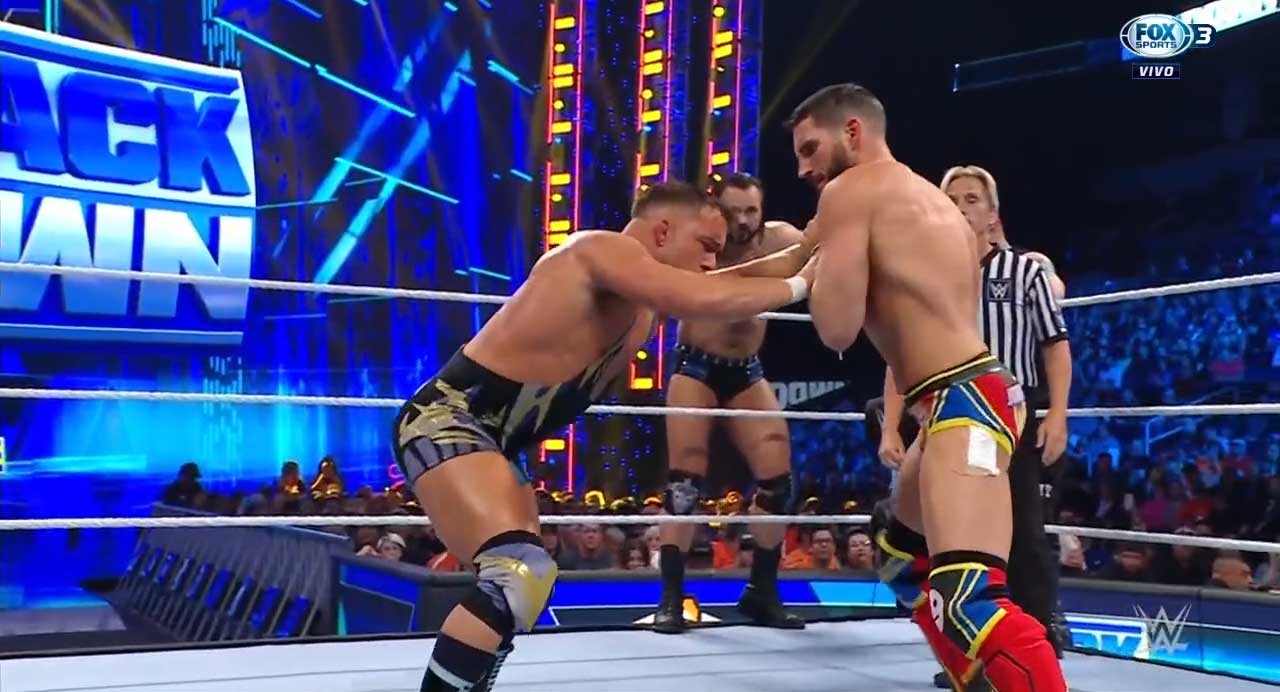 Johnny Gargano started the fight with Chad Gable. There was good chemistry between the two. Shortly after, it was Theory against Gargano, and before the rude attempt to get up early, the segment ended with a flight from Owens from the eyebrow to placate them… After a commercial break, Gable and Gargano were face to face again. Gable avoided Ace Crusher and applied a German duplex, to then work on Gargano’s arm… Theory treacherously attacked McIntyre… Gargano removed an ankle twist and relieved Owens… After a cannonball in a corner, Owens connected atomic senton on Gable. Otis avoided the touch from behind… Gable applied a German duplex to Owens… Relays for McIntyre and for Theory… The Scotsman took flight by suplexing Theory… The latter escaped before a Claymore… Out of the ring, Otis attacked McIntyre, whipping him on the stairs… Gargano and Owens superkicked Otis… Gable’s Exploder to Owens down the ring… Gargano’s Tornado DDT to Otis… Owens’ Stunner to Gable in the commentators’ table, almost at the same time that McIntyre finished with Theory.