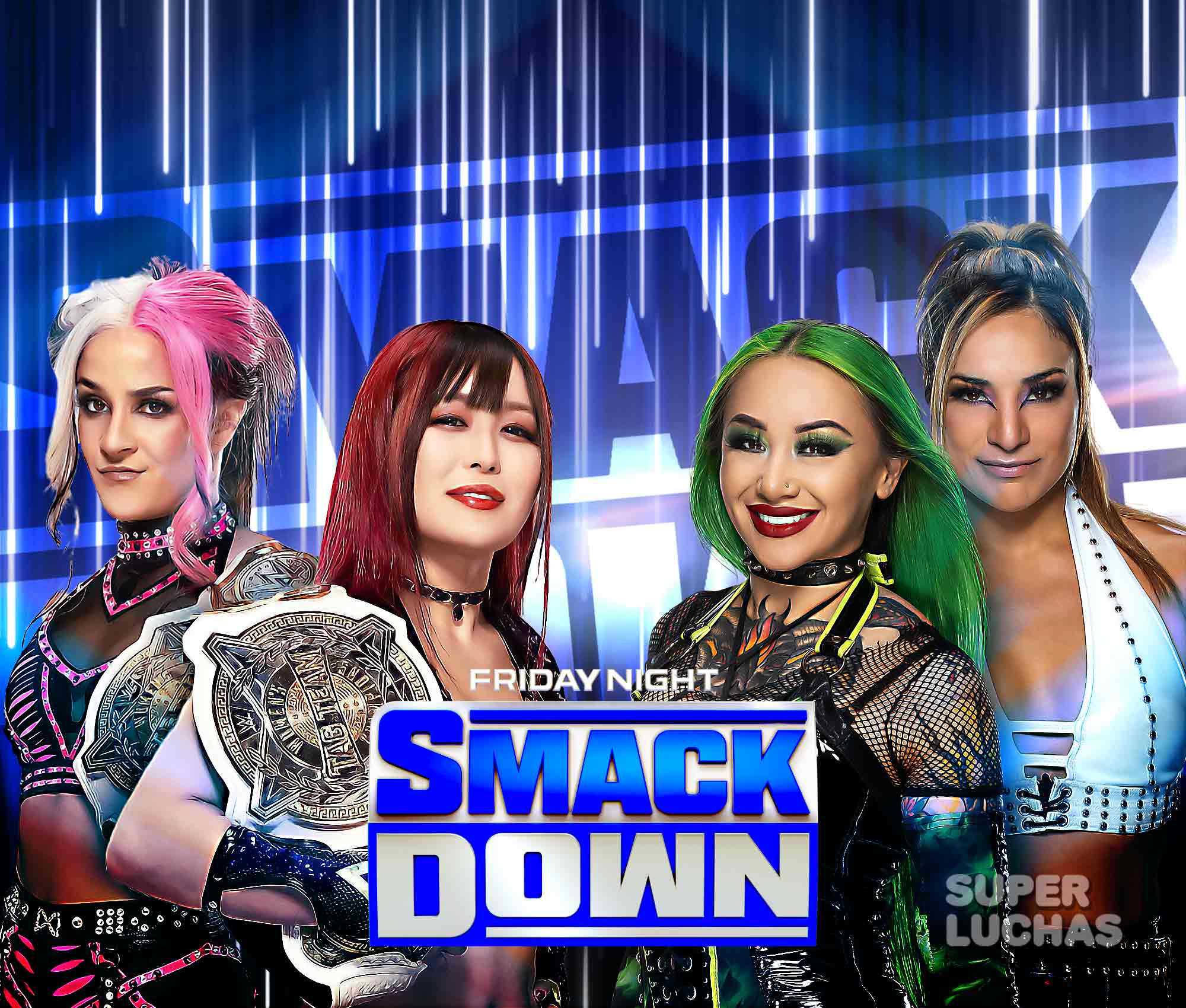 WWE SMACKDOWN OCTOBER 21, 2022.— After the injury of Aliyahthe new ally of Rachel Rodriguez has been shotziand the war against Damage CTRL run its course. This Friday’s battle is of the utmost importance, since the WWE Women’s Couples Championship. Will be able Rodriguez and Shotzi dethrone Iyo Sky Y dakota kai? Even more: will it be Bayley a determining factor? The action of the blue mark of WWE is issued from Huntington Centerin Toledo, Ohio.

Since before he lost SmackDown Women’s Championship in view of Ronda Rouseywe had seen Liv Morgan hugging a more violent side. Last week, he brutally attacked Sonya DeVilleand now Both will face each other hand in hand. 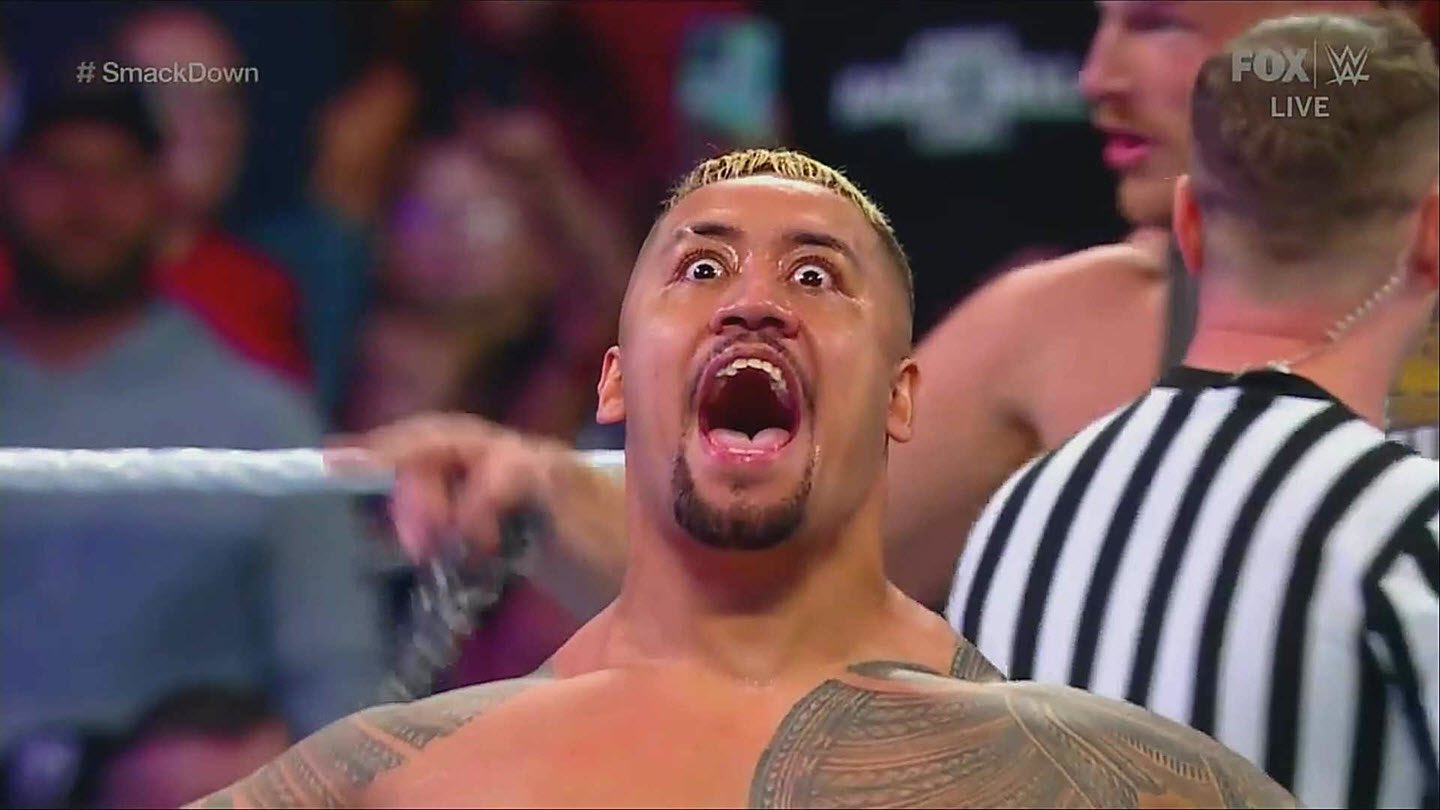 1. Sheamus vs. Sikoa only

After the events of last Friday, these two had unfinished business and neither came alone. Even so, both worked cleanly, and hitting each other well, with a Solo Sikoa who fought at the veteran’s height and made him hit the metal stairs. Sheamus countered with a White Noise in the ring, but his aerial attack attempt was blocked and, while outside The Usos and The Brawling Brutes went all out with a table, Sheamus had attacked the tag team champions with a lasso; however, Sami appeared and blocked an attack by the Irishman, giving Sikoa an opening.

With a Uranage, Solo Sikoa took the win.

After the match, all of Bloodline injured Sheamus’s arm using a chair. Sami Zayn stopped the fury of Jey Uso, who seemed not to stop.

Bray Wyatt appeared with another confession, saying that he has had problems and said that the anger he feels can take him to places he does not want to go, and from which he may not return. He acknowledged that he had done horrible things before, but now he knows where “the circle will take him.” It looks like Bray’s playing time is over and he ended the segment with a sinister smile.

Behind the scenes, while The Bloodline celebrated, Sami Zayn said that his mission has already been fulfilled and asked The Usos not to mess with Logan Paul. Jey looked very upset and left.

This was Liv Morgan’s first match since she lost at Extreme Rules, and she wore a slightly different look, similar to Harley Quinn, and curiously the public was apathetic. In the ring, Liv was taking the initiative, but Sonya countered and began to punish her against the cornerback, although the former champion seemed to enjoy it. Sonya continued with the momentum and intensity in her punishment, but Liv also responded and they both left the ring.

The referee counted to ten and there was no winner

After the fight, Liv Morgan began to bring out several chairs and the public requested tables. Liv took advantage of the fact that her rival did not respond and applied a Superplex.

Liv Morgan’s smile after the fight ended with a count out and carrying chairs to the ring to attack Sonya Deville. She is crazy. #SmackDown pic.twitter.com/Ui343BNGdH

Braun Strowman appeared and immediately requested the presence of Omos; however, the one who appeared was MVP, who recognized that he is indeed a monster and that he is a strong guy, and the biggest until he was near his giant Omos last week, and warned him to stay away from him .

Strowman pulled no punches and asked for Omos to appear at Crown Jewel. MVP accepted and Strowman came in wanting to fight, and Omos made an appearance for him and got toe-to-toe with Strowman before pushing him out of the ring. Strowman just smiled.

It was announced that Sheamus was taken to a local medical facility following the attack he suffered at the hands of The Bloodline.

Backstage, Drew McIntyre was interviewed and challenged Karrion Kross to a match inside the steel cage at Crown Jewel.

The challengers earned the right after looking good in a previous match and against the champions they combined well again, complementing Raquel’s strength with Shotzi’s risky maneuvers, with Dakota totally neutralized in the first minutes. However, when Iyo entered, things changed for the champions. Raquel had to enter to get her partner out of trouble and they almost took the victory, although Dakota managed to get her out of the ring. Bayley interfered and distracted Shotzi, and Iyo Sky took advantage of that.

With a Moonsault, the champions retained their titles.

I feel that Raquel should be higher than in the tag division, she can be in the step of Bailey, Bianca, Rhea, Becky and Charlotte. #SmackDown

Ronda Rousey said that she throws open challenges to prove that she is the best, not to entertain the WWE Universe. She said her open challenge will be done next week, or “whenever she feels like it.”

We saw a video of the mask associated with Bray Wyatt, with a QR code showing and a figure emerging from it.

The New QR code leads to this!! #SmackDown pic.twitter.com/IHcr26gFv5

Santos Escobar said that the Legacy of the Ghost business has been growing and introduced Zelina Vega, who said she has been successful in everything she has done and that they have no competition, and both agreed that they are an unbreakable force, threatening Hit Row, who were watching them on television.

Kaiser arrived accompanied by Gunther and Giovanni Vinci, but that was not going to intimidate the masked man, who entered the struggle with his rival before connecting his fast offensive. However, Kaiser also had his way and neutralized Rey with a European Uppercut, eventually knocking him out of the ring. After the commercial break, Rey was the one who led the fight and Kaiser began to have difficulties, despite the power shown minutes before. However, Rey missed an iron and Kaiser managed to send him against the protection barrier, although he applied Eddie Guerrero’s by taking a chair and pretending that he had been attacked by Gunther, when he was approaching. The referee ejected Gunther and Vinci and Rey returned to the ring to great support from the crowd, who called for a 619, and eventually got it.

Logan Paul arrived and addressed the WWE Universe prior to his match against Roman Reigns, and said he was very confident to face his match. He said that he does not have the backing of anyone like the members of The Bloodline, but he does have the desire to reach the top.

Logan Paul was wondering what would happen if he were to defeat Roman Reigns on November 5, but Jey Uso appeared and attacked him from behind. Sami Zayn appeared and reminded him of the order Roman Reigns gave. However, Logan ignored him and tried to attack Logan Paul, getting hit. The public was with Logan Paul and he left.

The day that the lineage is going to betray Sami, that day will be the saddest in the entire world of Wrestling. Logan fired back at Jey. #smackdown