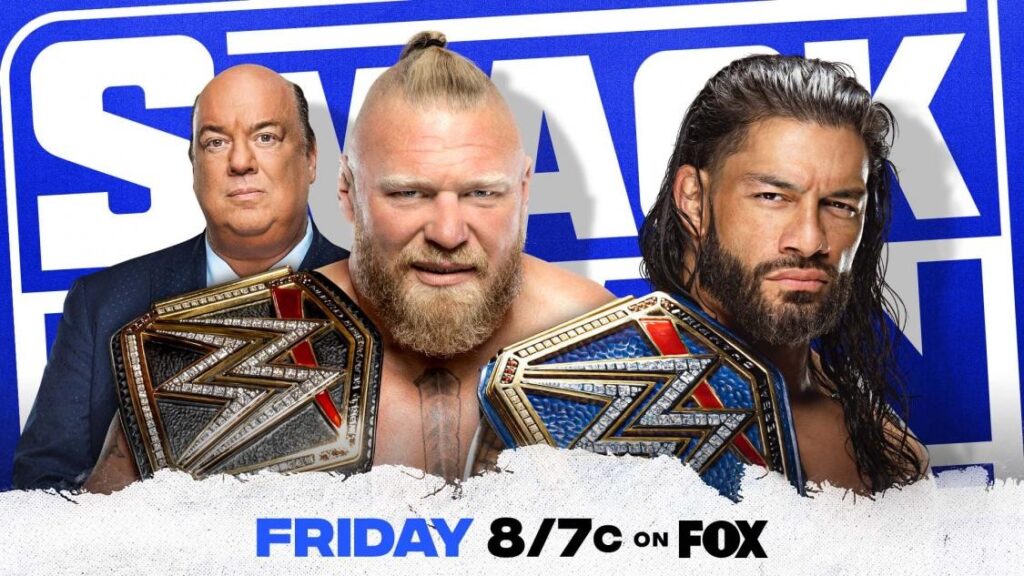 Like every Friday we bring you closer the best coverage and live results from WWE Smackdown. We are going to tell you live and enjoy together the entire event of the blue brand today, January 7.

THE CHAMPION IS BACK!

Roman Reigns makes a triumphal entry after overcoming COVID and tonight he will have a visit that will not be entirely pleasant.

As it was known, we would see “The Beast” in front of the Tribal Chief, however, it did not end as he wanted while Reigns was giving his promo, he would eventually interrupt the current champion of the rival brand, however Lesnar challenged him to a champion vs. champion match. El Perrote did not hesitate for a second and took the advantage of the night after knocking down Brock prior to their duel.

In the first duel of the night we will have Nakamura’s faithful companion facing one of the representatives of all Smackdown, both will demonstrate all their skills in order to be worthy of victory itself.

Looks like @rickboogswwe is giving @SamiZayn more than he bargained for tonight on #SmackDown! 💪🎸 pic.twitter.com/mZZF33h6DZ

During the fight between Rick Boogs and Sami Zayn, Johnny Knoxville appeared again and threw Sami over the rope, with this Johnny assured his return to the Royal Rumble.

MICKIE JAMES WILL BE IN THE WOMEN’S ROYAL RUMBLE!

Impact Knockouts World Champion @MickieJames will be in the #RoyalRumble Match! #SmackDown pic.twitter.com/TXH0jm6QgE

THERE’S PLENTY OF TALENT IN THE FEMALE DIVISION!

THE SURPRISES DO NOT STOP!

We will have a heads up between two of the women who have raised the name of the women’s division and tonight Naomi seeks to destroy the pride and ego of the Queen, it is worth mentioning that it will be a complicated fight for both.

Charlotte Flair is the winner of the match, both fulfilled their promise by showing high caliber skills and putting on a great show.

We come to the moment where we will see again the improved version of Corbin, who will have Drew Mcintyre as a guest?

After a somewhat crude interview we would see how the role of Drew ends to face the Nordic warriors tonight they would put their skills to the test with two extremely dangerous men, both would show respectable chemistry as a team to take victory tonight against the Viking Raiders.

KING WOODS & KOFI VS THE USOS

We will have a street fight where the titles in pairs are at stake, it will be the fight that will close with the show, so the public expects great expectations of this duel.

What a fight! The Usos retain after defeating the New Day, there was a really street intensity in this scenario, both pairs showed an extremely wide level and tonight we remember one of the most iconic finishers in all of WWE history, the famous Dudley Death Drop this time made by USOS.

REIGNS ‘OPPONENT WILL BE ROLLINS!

It is revealed who will be the opponent of the Tribal Chief and will be nothing more and nothing less than an old acquaintance, Seth Rollins will be the one who has the opportunity to defeat Roman.

With this we conclude the coverage, thank you for dedicating a few minutes of your time.