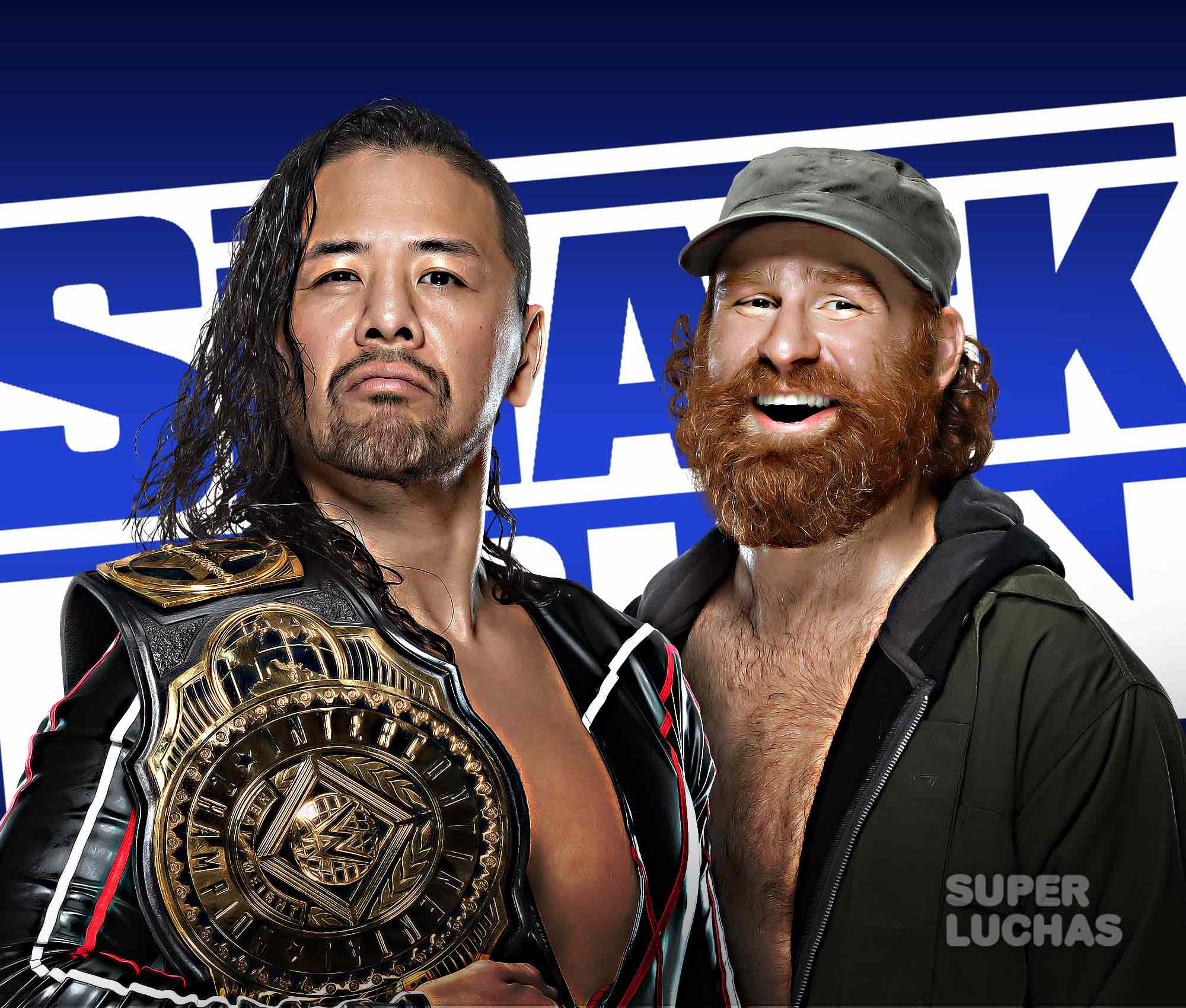 WWE SMACKDOWN FEBRUARY 18, 2022.— One day from Elimination ChamberWWE presents a recorded episode of SmackDown, in which we will see a confrontation between Roman Reigns and Goldbergwho will face each other in the premium event with the Universal Championship in Game. That battle in Saudi Arabia It will be a prelude to WrestleMania. The action of the blue mark of WWE is issued from Smoothie King Centeron New Orleans,Louisiana.

And we will have a title fight: Shinsuke Nakamura exposes the WWE Intercontinental Championship versus sami zayn.

In another fight, which is practically at a disadvantage, Ricochet will be measured with Sheamus.

It was strange not to hear the voice of Carlos Cabrera in the comments in Spanish, who was fired just over 24 hours ago…

Following the events of a week ago, Adam Pearce kicked off the show by calling out the four involved in a tag team match taking place in less than 24 hours at Elimination Chamber: Sonya Deville, Charlotte Flair, Naomi and Ronda Rousey.

Already in the ring, Sonya claimed Naomi and Ronda that they have disrespected authority, while Charlotte reminded her that she beat her a week ago, but Adam Pearce gave a point of order and forced them to sign the contracts. 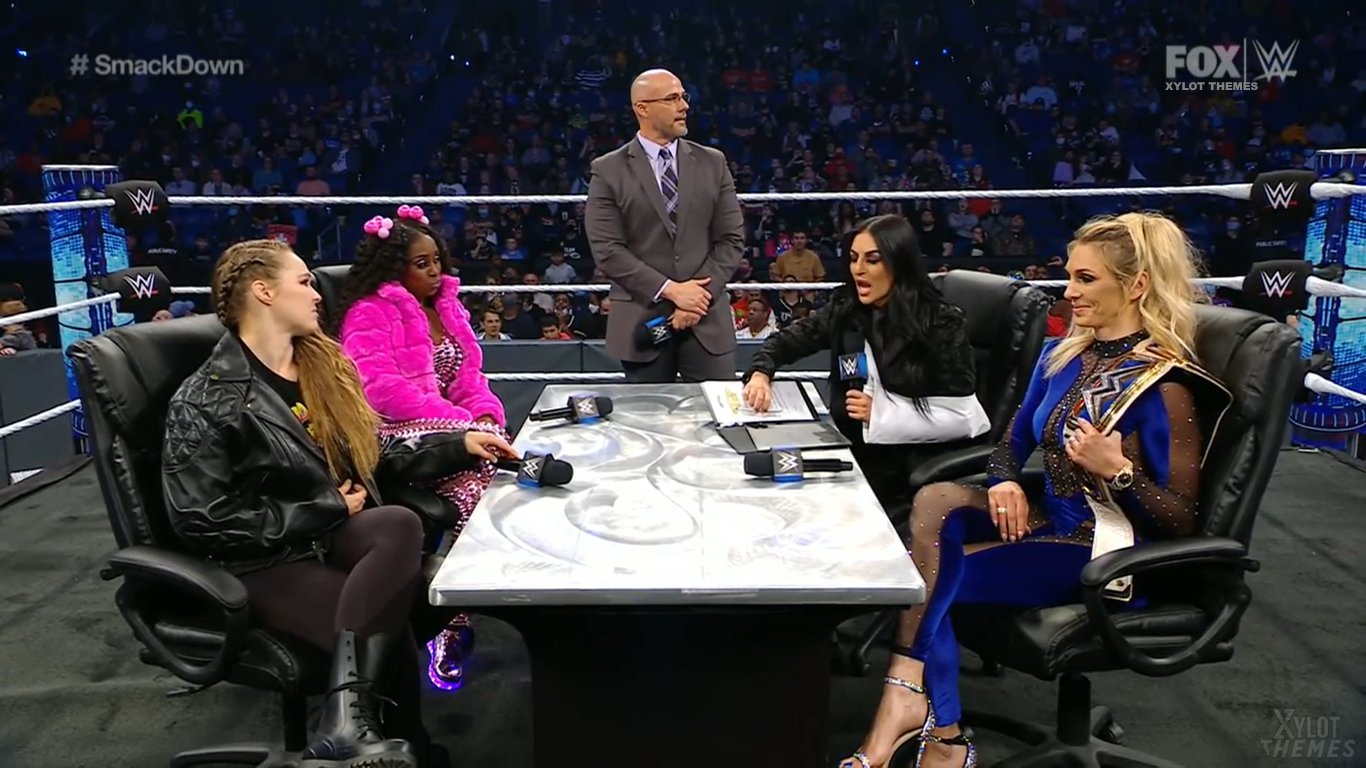 Behind the scenes, Sheamus told Ridge Holland that he will teach him how to finish off Ricochet. 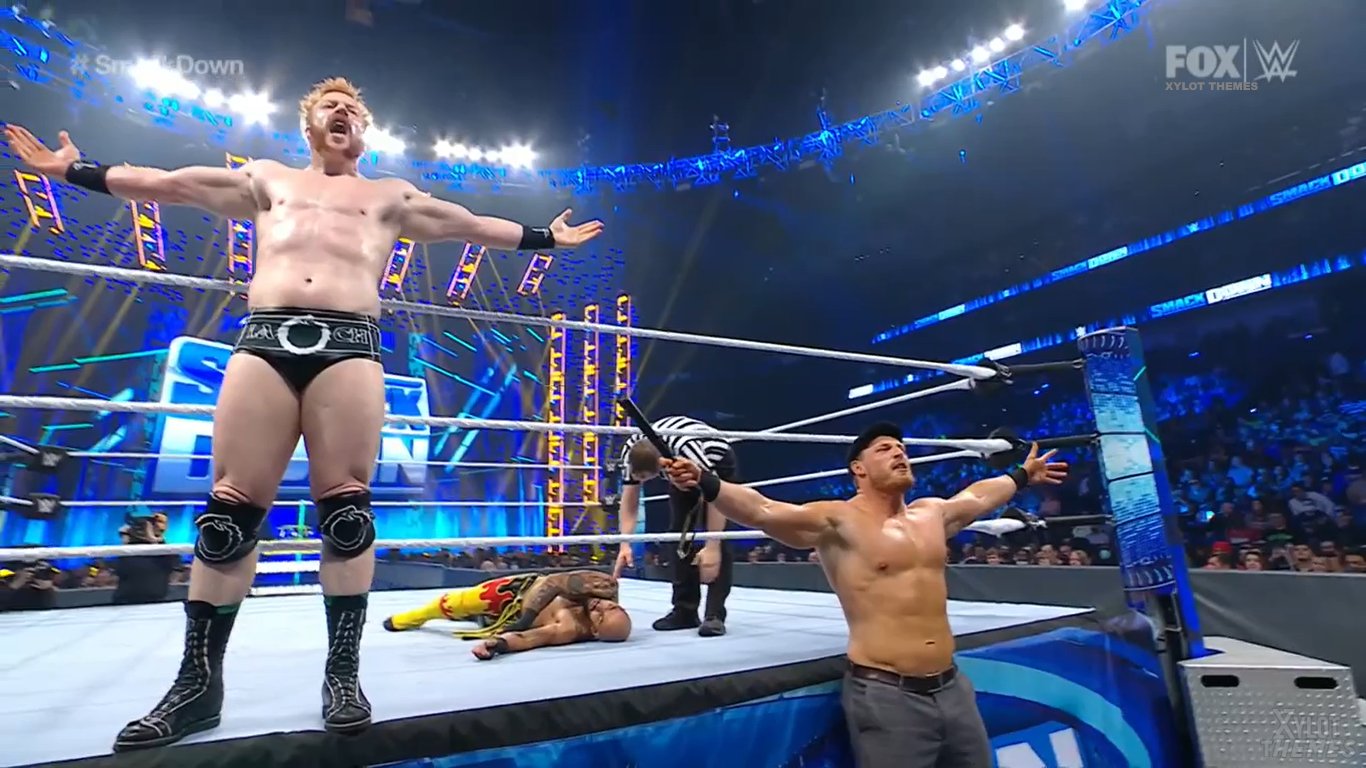 And this rivalry has been maintained since the beginning of this year and Sheamus was looking to get even with Ricochet, who did not want to wait to get his hands on the Irishman, although he managed to recover and establish dominance in combat. However, Ricochet eventually caught a second wind and landed and a big Spanish Fly to nearly take the win, though eventually Sheamus and Holland got uncoordinated.

Ricochet took advantage and with a Recoil he got the count of three. 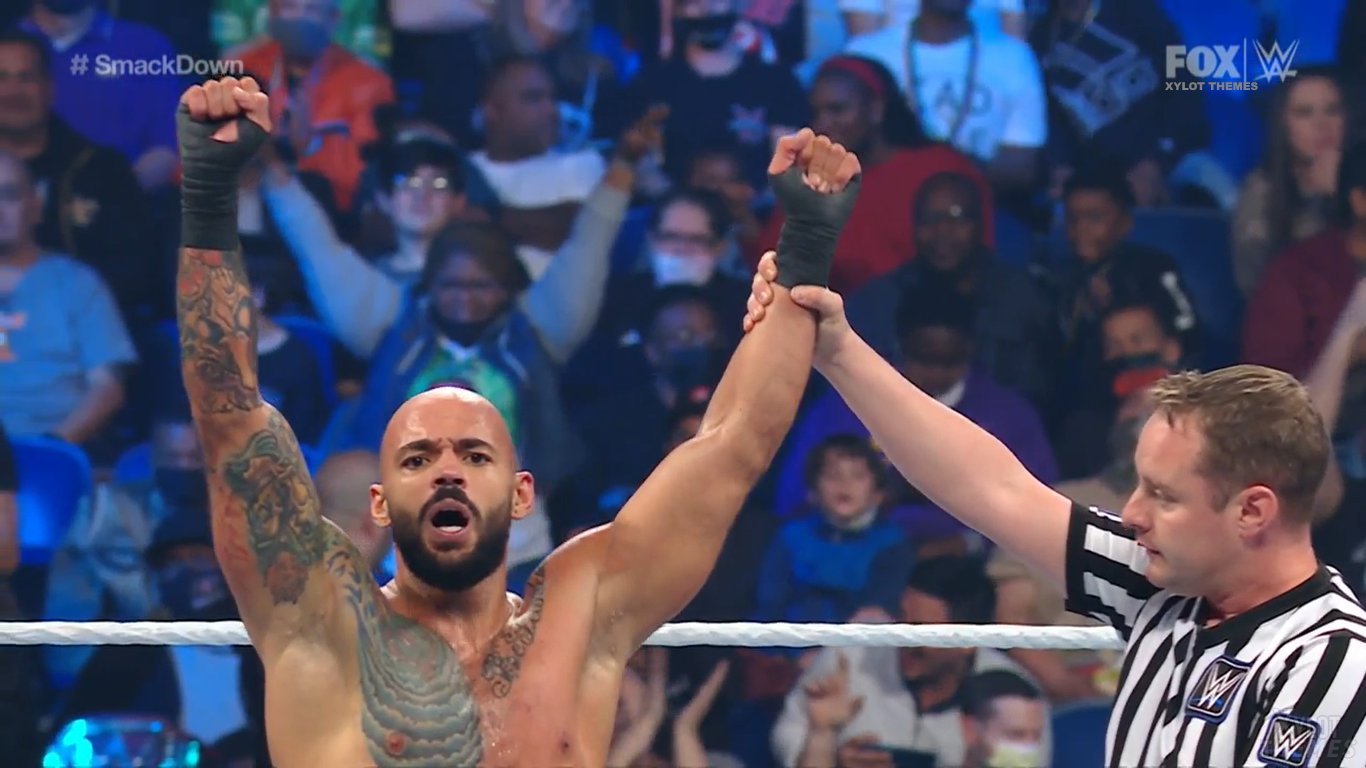 Sheamus held Holland responsible for his loss and was visibly upset.

SPANISH FLY AND SHEAMUS WAS SAVED

The same is moving more frequently that move #SDCL #SmackDown

Sami Zayn was interviewed and blamed for the non-presence of Rick Boogs on the show, but he denied it and commented on all the conspiracy he has suffered against him. He then asked to be allowed to focus on his match against Nakamura.

We saw a video recalling the illustrious career of The Undertaker, who was announced for the WWE Hall of Fame a few hours ago.

“His legacy is that there will never be another.”

Look back at the legendary career of #ThePhenom following his #WWEHOF induction announcement. @undertaker pic.twitter.com/3XeVZSyNWM

We also saw a promotional video prior to the fight that Roman Reigns and Goldberg will hold this Saturday in Elimination Chamber. 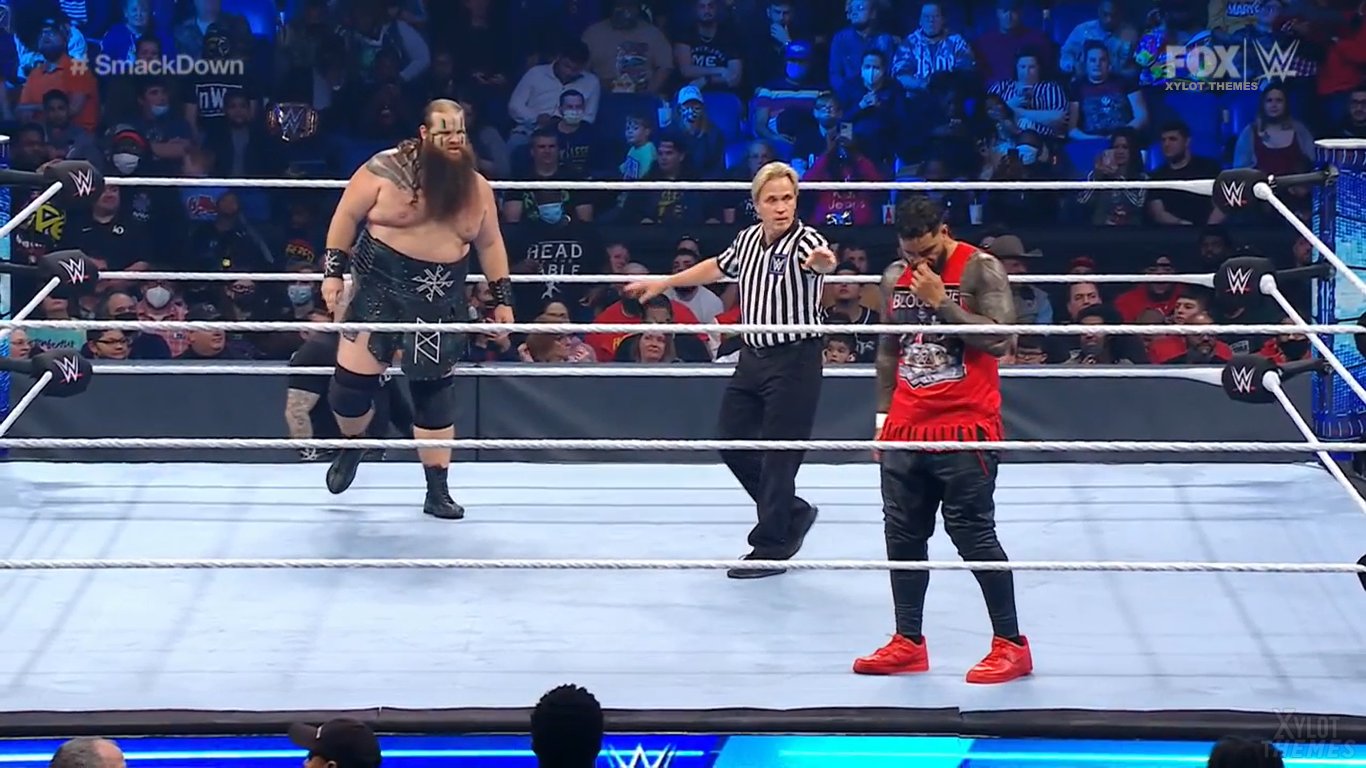 This was a warm-up prior to the fight that The Usos and The Viking Raiders will hold in less than 24 hours for the SmackDown Couples Championship. The Viking managed to prevail with his combination of strength and agility and had Jey upset, about to take the victory.

Jimmy arrived with a helmet and attacked Ivar to force the disqualification. 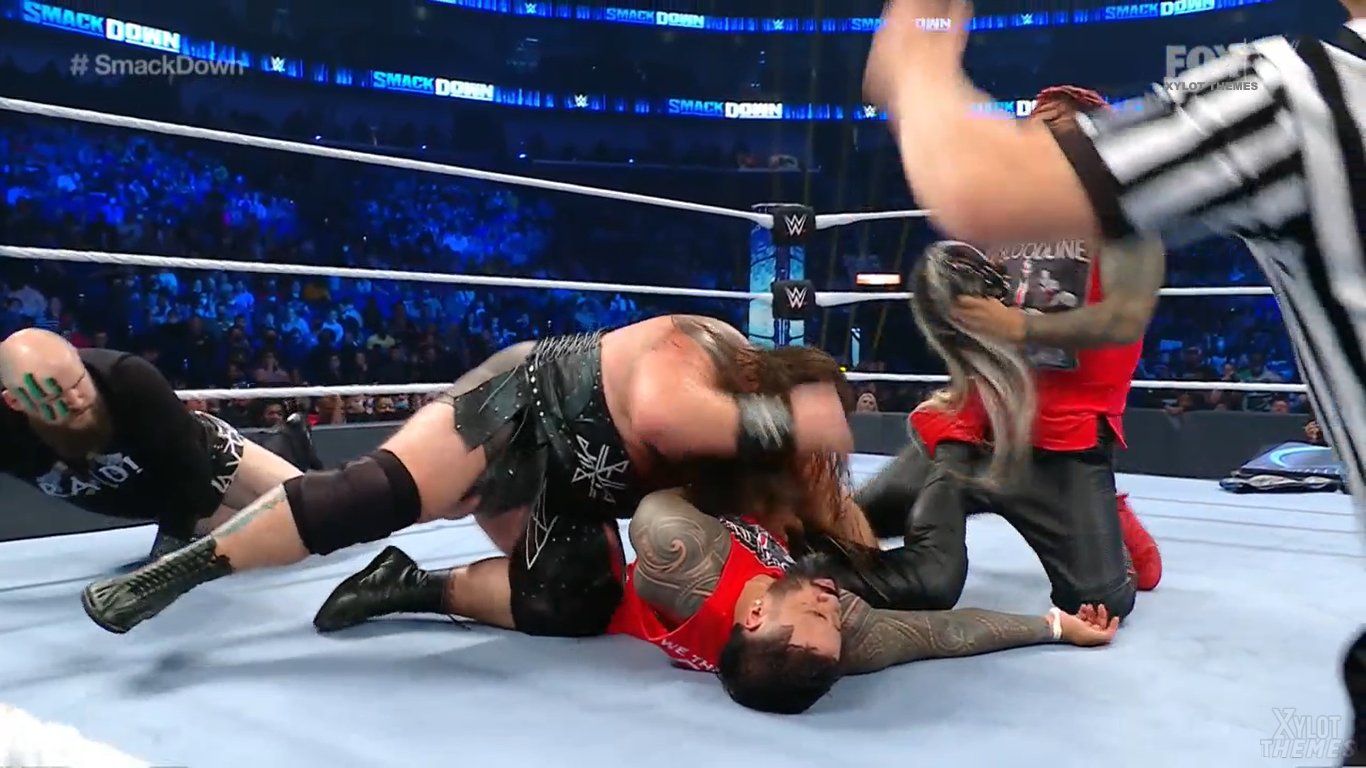 We finally have a meeting #SmackDown after so many videos!

I want to think that the Viking Raiders will be victorious in #WWEChamber but I find it very difficult… https://t.co/cBbY7ZAbrK

Drew McIntyre came to the ring to tell a story leading up to their Elimination Chamber match, before showing us that Corbin and Moss jeopardized his career when they attacked him on WWE Day 1. 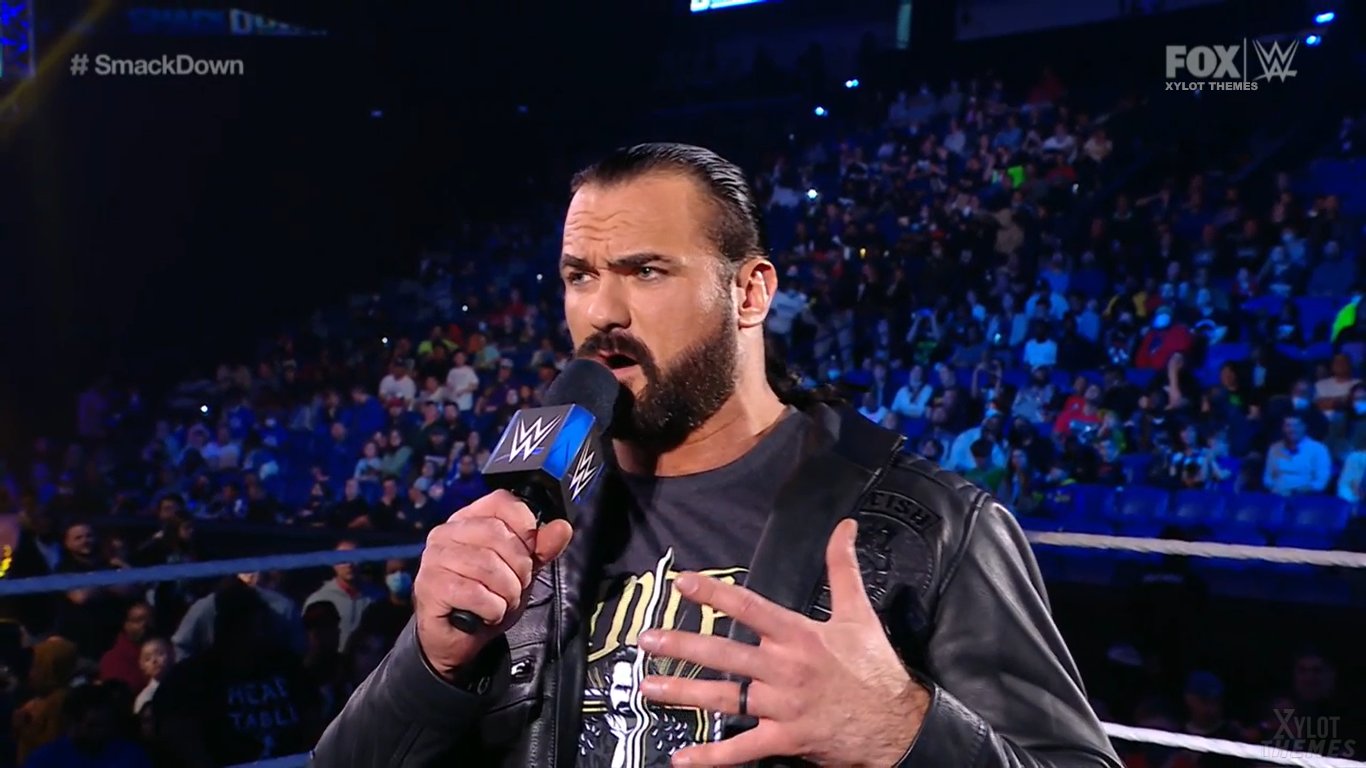 He then said that he was thinking of various ideas on how to take down Madcap Moss by taking advantage of his match stipulation and asked the WWE Universe to come up with ideas. But Corbin and Moss showed up and tried to talk McIntyre out before threatening him.

Moss cracked a joke as usual, but McIntyre was no laughing matter and launched a new threat at Moss.

Now we have Drew McIntyre in #SmackDown narrating his adventures in New Orleans.

That’s fine but… I need two things to happen:

2) That Drew has another feud, and a new starting opportunity. 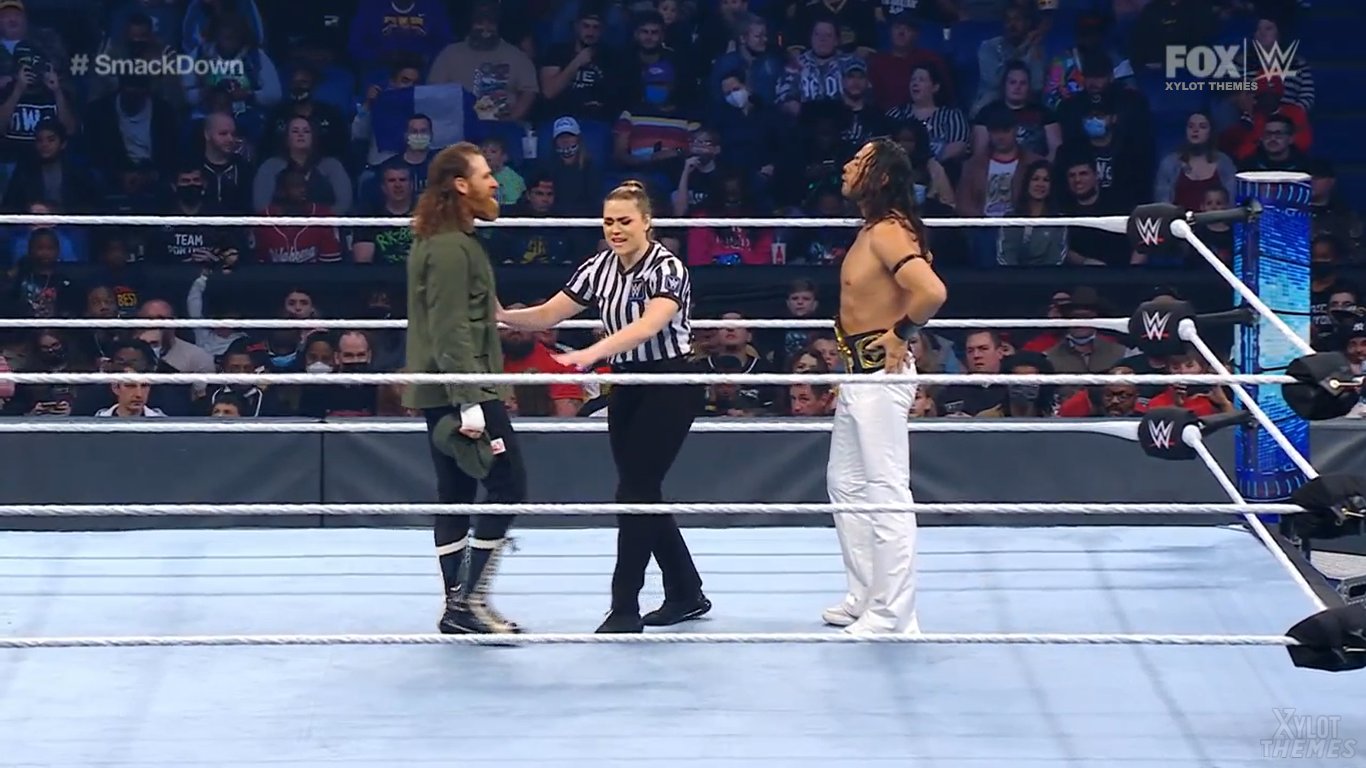 First time in almost six months that the Intercontinental Championship was defended and Nakamura did not have – for the first time in a while – the accompaniment of Rick Boogs. Sami was looking to take back what he considered to be his, but Nakamura was the one who looked in control thanks to his legs, although he missed a knee attempt and Sami got some offense, and the fight was more even. Although Nakamura looked superior, but he missed the decisive blows and that was taken advantage of by the challenger, who managed to dodge a couple of Kinsasha. Nakamura dominated in the ring, but Sami managed to take advantage of the champion’s injured knee and reinforced his punishment there.

After blocking a kick, Sami Zayn managed to hurt Nakamura’s supporting leg for a count of three. 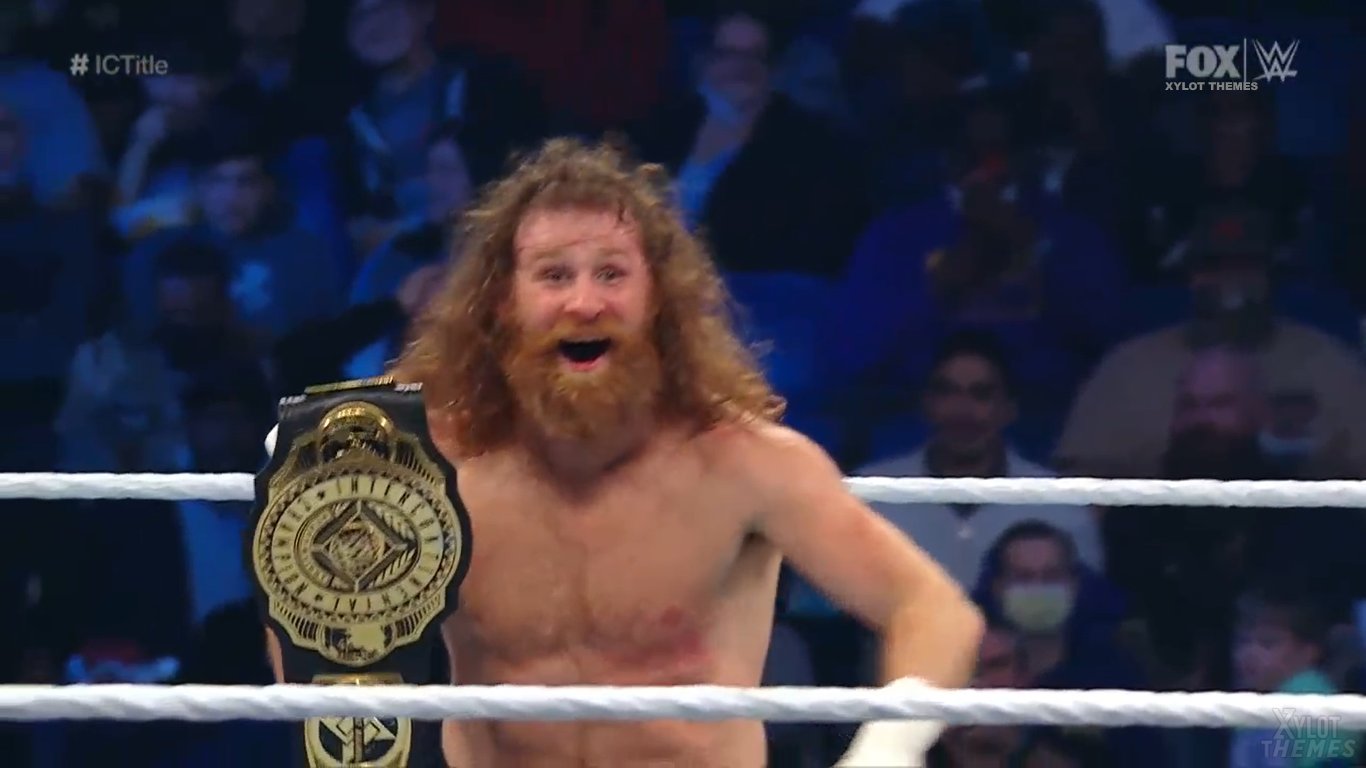 Ricochet told Aliyah about his big win against Sheamus. Sami Zayn arrived and also boasted of having achieved the Intercontinental Championship.

Roman Reigns and Paul Heyman arrived in the ring and the first asked the public to recognize him. Heyman compared Reigns to some of the biggest sports stars in history, highlighting the greatness of the Tribal Chief. 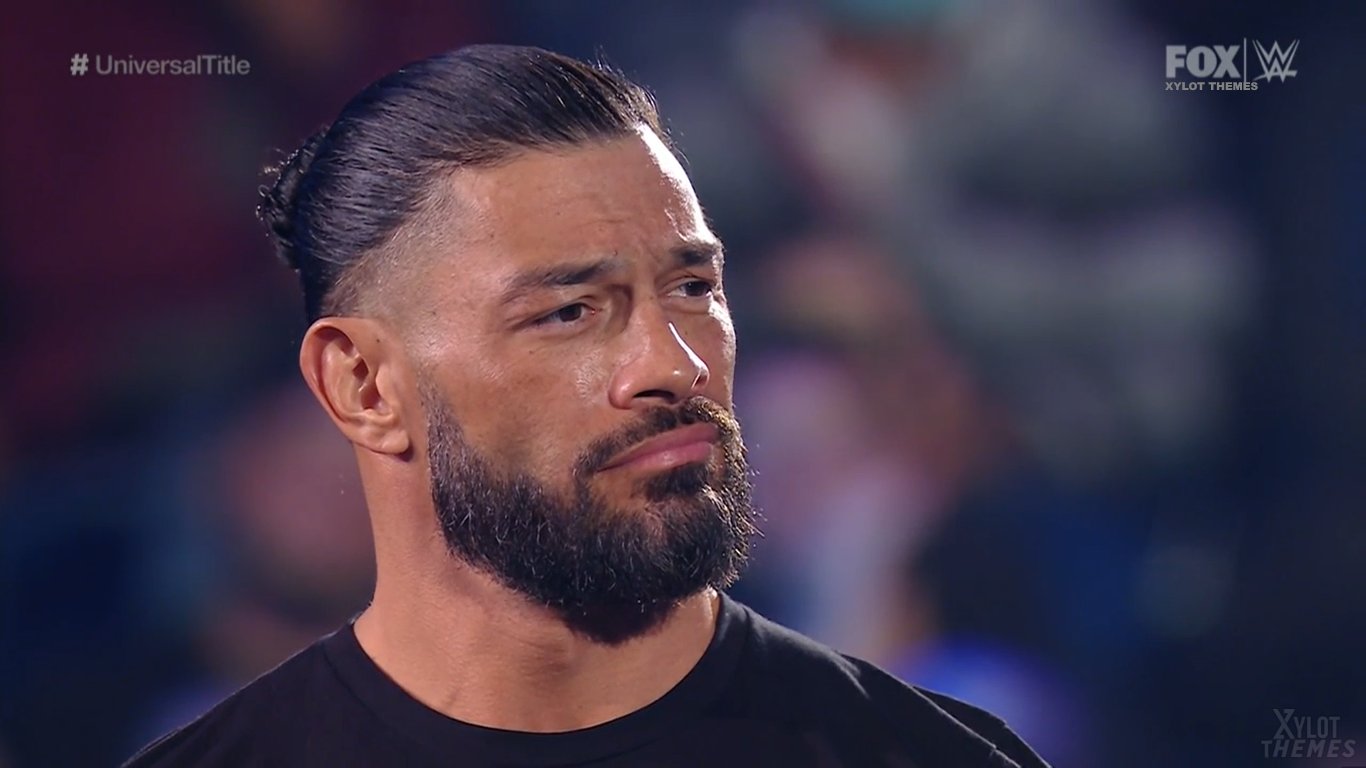 Goldberg’s music played and the WWE Hall of Famer appeared and not much in the mood to talk. Reigns challenged him to speak or fight and gives the microphone to his challenger, and he takes it, saying:

“Tomorrow at noon, I will have to apologize to all the wonderful people. You are not the next … When it comes to the Universal Championship, I am the next. 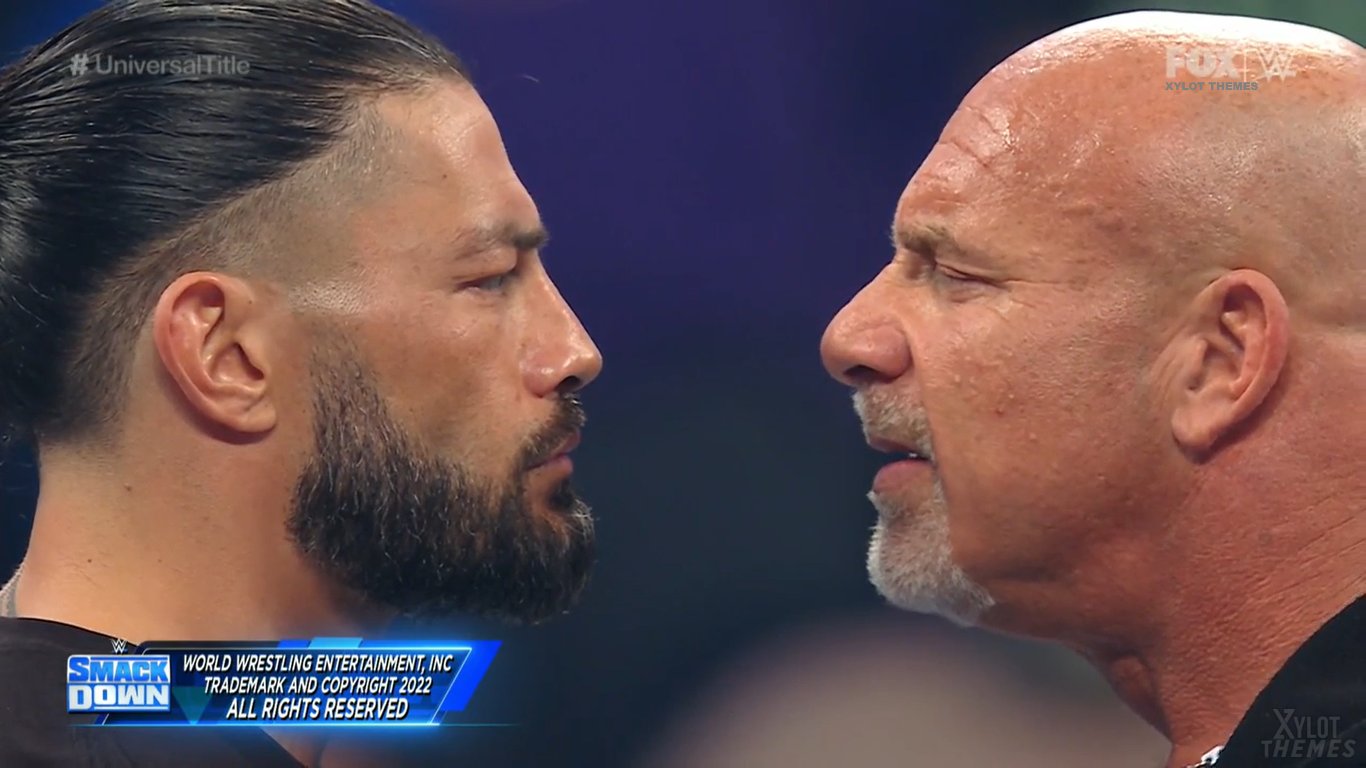 And with one last confrontation, the program went off the air.