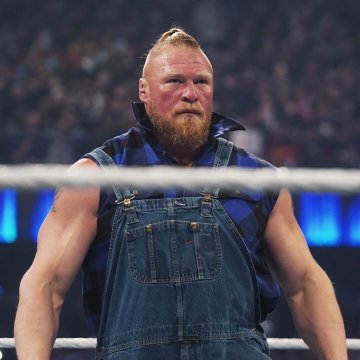 Like every Friday we bring you closer the best coverage and live results from WWE Smackdown. We are going to tell you live and enjoy together the entire blue brand event today, December 17.

PAUL HEYMAN WAITING FOR THE CHAMPION!

Our Friday of the blue mark begins and in the foreground we can see Heyman holding the Universal Title.

.@HeymanHustle is standing by awaiting the arrival of the Head of the Table. @WWERomanReigns #SmackDown starts NOW on @FOXTV! pic.twitter.com/isgdCJ723g

Tonight we will see two pairs that will cause a total commotion in the stands, the ones in charge of opening the curtain will be these gladiators, they have a huge experience …

Storm defeated the champion! After regaining control of the combat Toni managed to pin Flair, later we saw the champion very furious at what happened, however The Boss and Storm were very happy with the result.

We have the most imposing Nordic warriors of the brand in action, facing two fighters who have shown great courage through their actions and tonight they will seek victory …

THE VIKINGS TAKE THE VICTROY! There was a combat full of energy and high-caliber maneuvers, the strength of the Nordics passed tonight’s test and with it they took one more victory as a team.

THE BEAST IS HERE!

When we thought that The Big Dog had finally reached the arena, we would see Brock Lesnar, who pointed out that he wishes Paul the best they both smiled at the moment …

THE SWORD WILL ALWAYS BELONG TO THE KING!

Happy Corbin and Madcap Moss make an appearance all to show that they stole the sword from Drew McIntyre, however they began to make fun of the Scottish warrior later Corbin proceeded to give the sword to Moss.

The Scottish Warrior would come into action to teach them a little lesson that that sword cannot be wielded by just anyone, it is worth mentioning that after entering the ring, Drew ended up getting rid of Corbin and Madcap and withdrawing his sword as a whole knight.

NEXT BATTLE OF THE NIGHT!

Accompanied by Sheamus tonight Holland will be measured against the Swiss Superman, it is worth mentioning that the fact that the Celtic Warrior is in the corner of Ridge is a big disadvantage because being his former partner they could both take advantage of that to take the victory tonight .

IT’S ALL! Cesaro was the victim of Ridge Holland who showed impressive power and strength not to mention the backlash he showed, however with a little help from the “White Shark” Ridge takes the victory tonight.

We will have The New Day against THE USOS, the enmity of the blue maraca is increasing every time and this time both tag teams will seek to hurt their rivals to win the acclaimed victory.

Direct blow to pride! The USOS were defeated by the New Day, after a Trouble In Paradise courtesy of Kofi Kingston Jimmy Uso was not able to continue standing and this caused the count of three therefore the victory is for the New Day, however we would see a postcard where the most energetic men of the company would pose next to a sign that indicated the following; “The Bloodline are the 2’s”

YOUR LOYALTY IS AT STAKE!

We would see the Tribal Chief on stage after reaching the arena, however he was very annoyed since Brock Lesnar has been doing what he wants and when he wants to let him be the alpha within the blue mark, that would not be all. The Big Dog is questioning Heyman’s loyalty as he pointed out the following after arriving in his ring: “I can trust you.”

Roman Reigns, commented on this Heyman is attacked by Reigns with a Superman Punch, we would see the Beast arriving in the ring to stand up to the universal champion, it did not take long because Brock would first take care of the USES with F5. Reigns was inside the string holding a chair, at the time of entering Lesnar is attacked in a savage way with the chair, however it was not enough because after receiving the impacts he managed to connect the famous “F5” in order to somehow avenge his old companion…

With this we conclude the coverage of this great Smackdown, thank you for dedicating a few minutes of your time, if you liked it, do not forget to follow us on all our social networks.