WWE SMACKDOWN AUGUST 20, 2021 .— We are a few hours from SummerSlam. WWE’s great summer event is held this time in Las Vegas, and that is why we can expect an episode of SmackDown where the final adjustments are made and the final seasonings are added to the great Saturday celebration. WWE Blue Mark action airs from the Footprint Center, on Phoenix, Arizona.

The most anticipated fight of SummerSlam is on the part of SmackDown: Roman reigns defends the Universal Championship against John Cena. And this Friday both will meet again to exchange insults and perhaps the occasional blow.

It will also be necessary to see what happens with Hey use and Jimmy Uso, who are scheduled to defend at SummerSlam the SmackDown Couples Championship in view of Mistery King and Dominik Mysterio.

Bianca belair and Sasha banks They have already signed a contract for their fight for him Women’s Championship. What will they have to say to each other before their title duel?

And it also remains to be seen the last thing he has prepared for you Seth rollins to Edge. His heads up at the PPV is one of the most anticipated encounters. 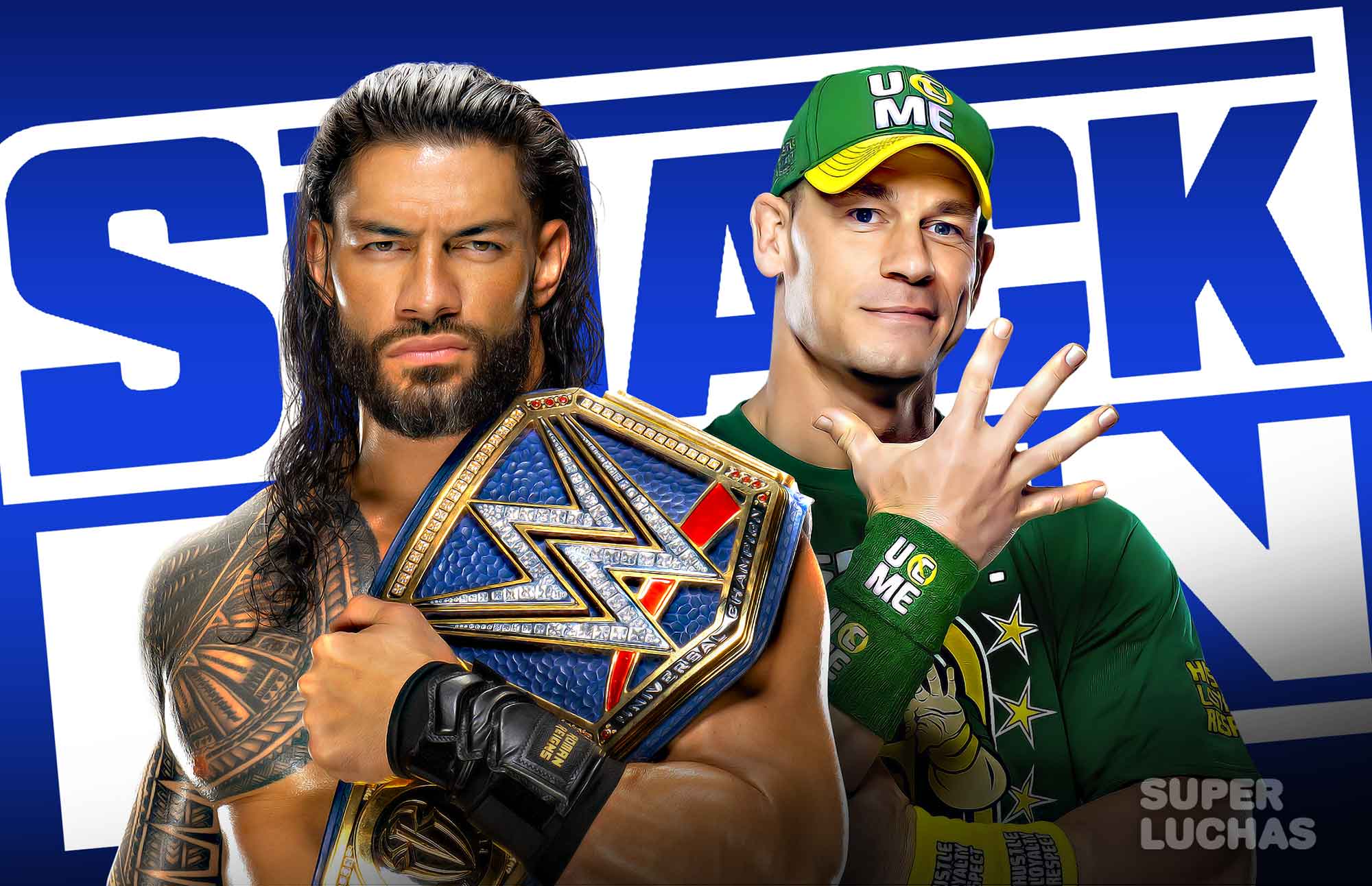 Edge opened the program and, after a brief review of how this rivalry was conducted, he referred to the words and threats of Seth Rollins and is aware that a stomp from him could end his career. Still, he says he is tempted to go into a dark place, one from which he cannot escape because he enjoys it. That’s why at SummerSlam, he’ll tear it apart and burn it down. 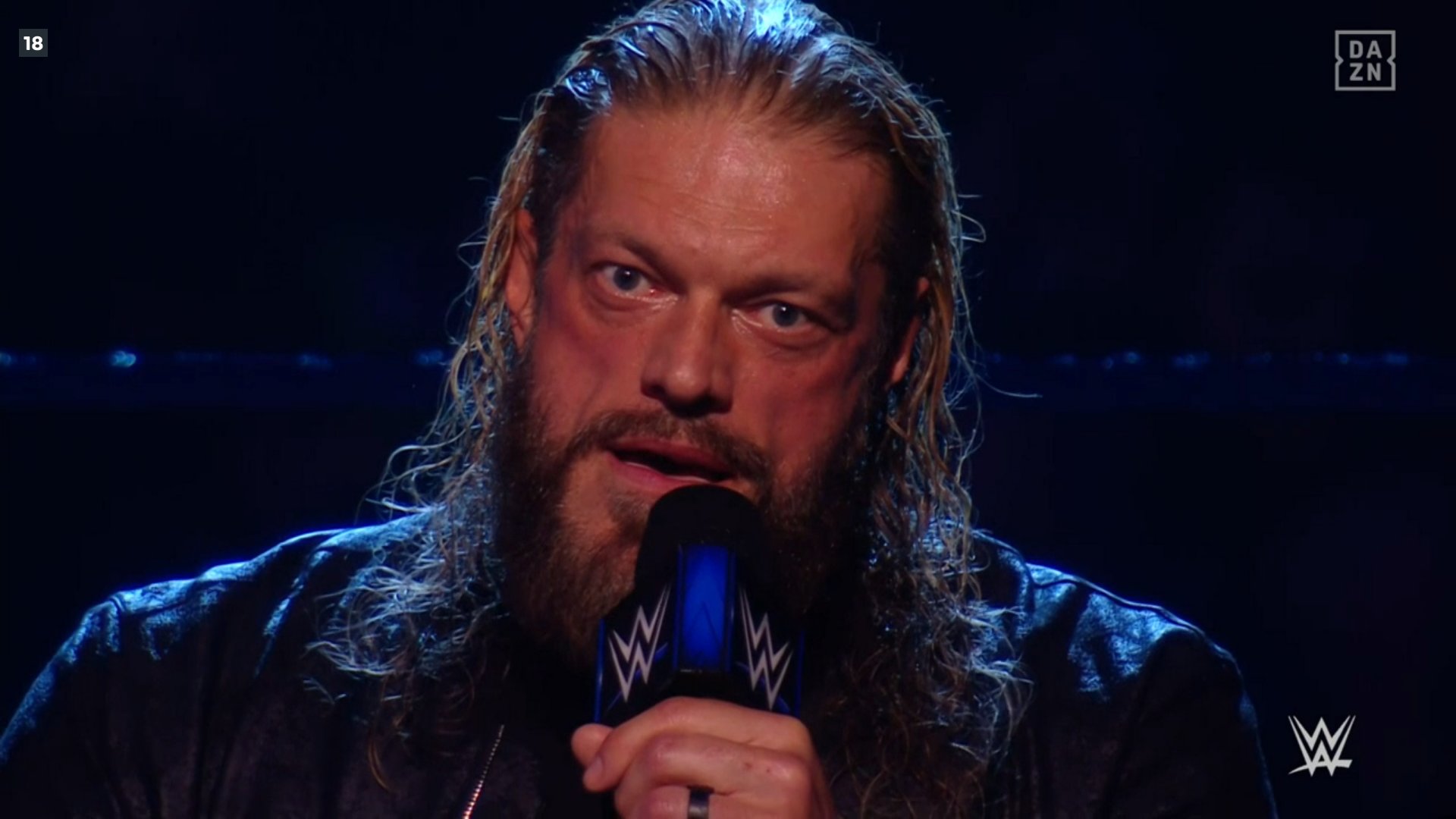 Backstage, Rey and Dominik had a father-son talk and the masked man asked his son to cover his back and learn. 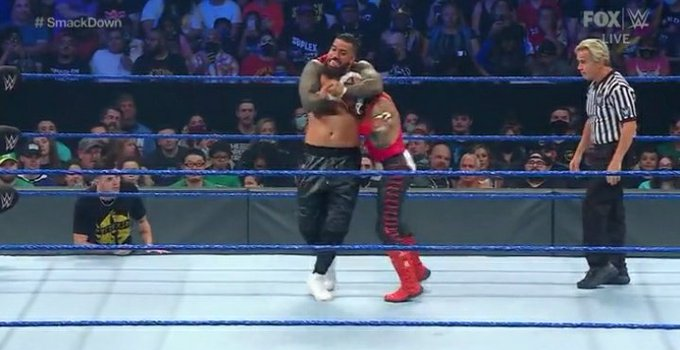 As a hint of what will be tomorrow at SummerSlam, Rey and Jimmy face off, with Dominik and Jey in their corners, to watch the backs of their respective teammates. The fight began with a struggle until Rey began to take control with agile movements and with an evocation of the great Eddie Guerrero, although he was knocked down by Jimmy, who regained control of the combat; Rey with his aerial maneuvers tried to put things in his favor and the two-second counts were given both sides. Rey had practically the victory and Dominik wanted to help him, but the referee found out and sent him off. As father and son discussed the event, the Uso attacked them.

With the Uce splash, Jimmy achieved the count of three over Rey 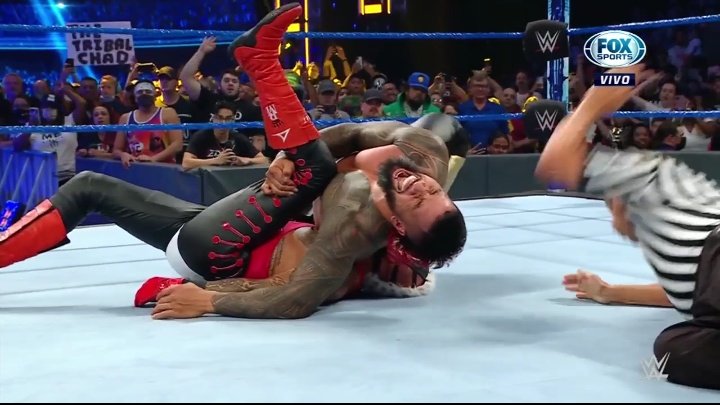 Dominik tried to help Rey Mysterio, but it only ended up costing him the fight. Tomorrow they meet again with The Usos to compete for the Tag Team Titles. #SmackDown 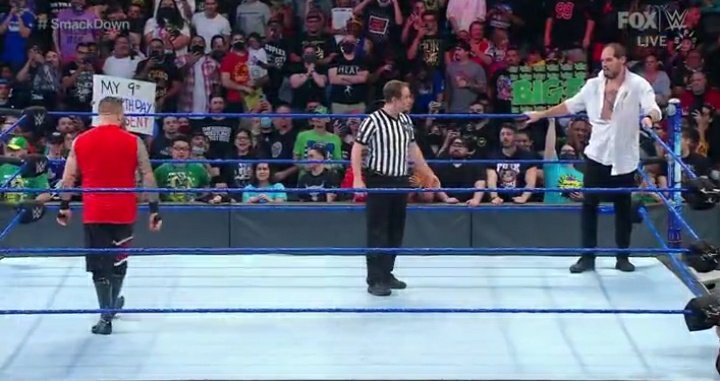 Not only on Raw, we also saw rematches on SmackDown. This fight was not about money, but Corbin came with the Money in the Bank briefcase and Owens wanted to end it once and for all. Thus, Corbin started with his classic offense, but KO recovered and took control, although Corbin resisted and counterattacked. Eventually Big E showed up and they both went for the briefcase. 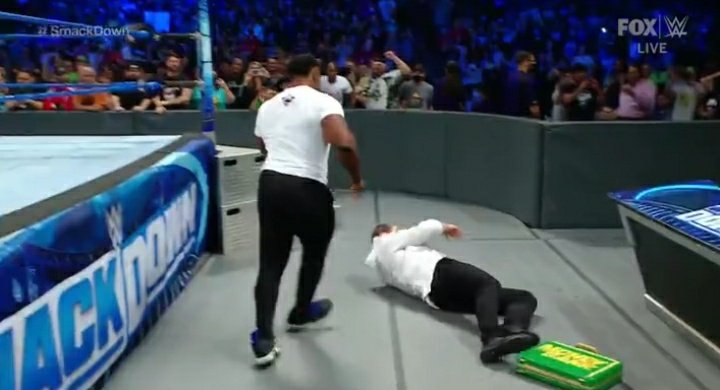 Why so much decay of the character #Smackdown pic.twitter.com/f3yBMvv9Hs

After the bell ringing, Big E appeared to have recovered the briefcase, but was attacked from behind by Corbin and Corbin took the briefcase. 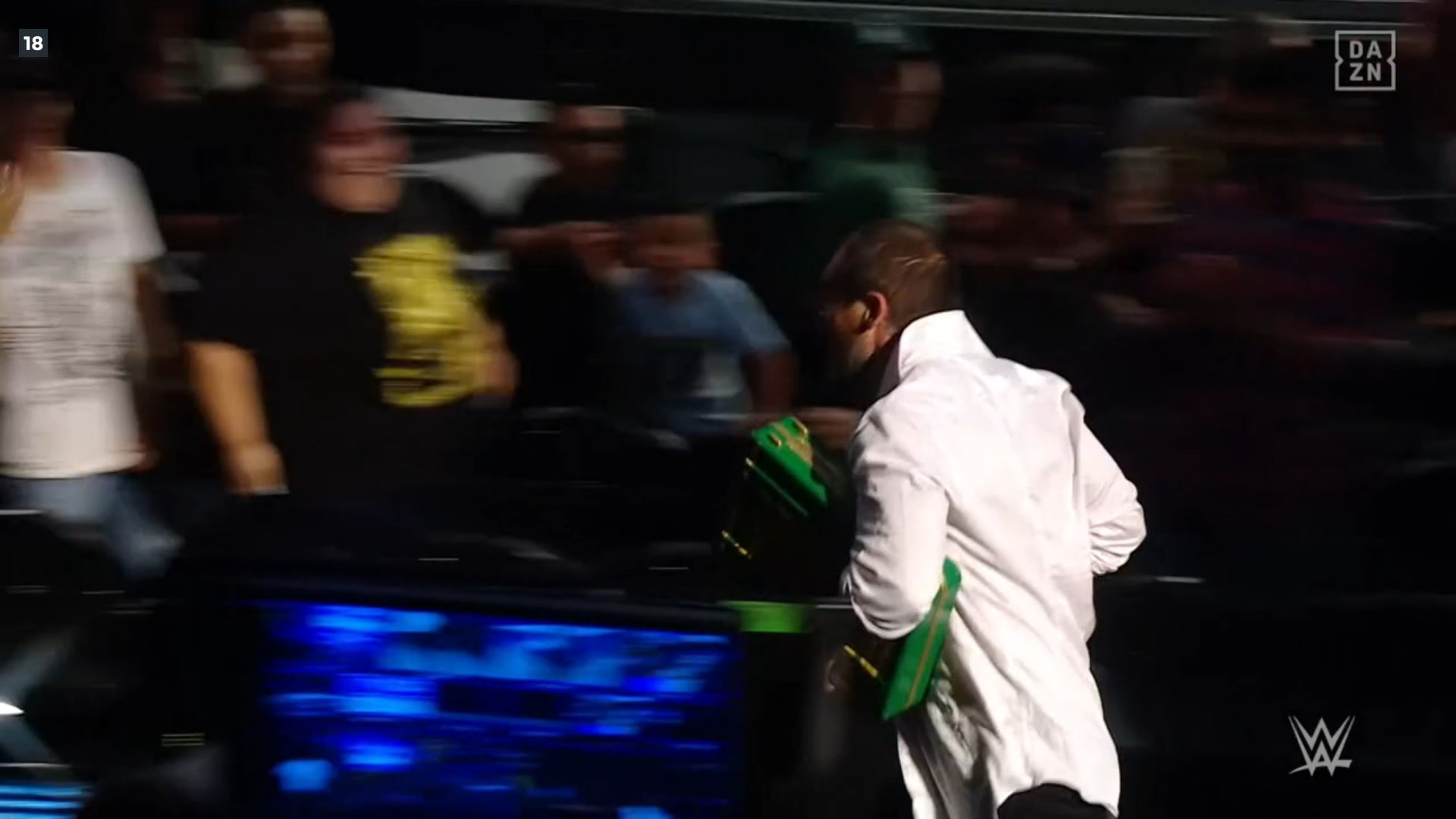 Backstage, Bianca Belair was interviewed and declined to hear from Sasha Banks, saying she hopes she is watching what he will do to Carmella and Zelina Vega. And no, it was not a mistake, Bianca will fight twice tonight and said she will show why she is the EST of WWE.

Luckily the fight between Bianca and Sasha goes on 🙏#Smackdown 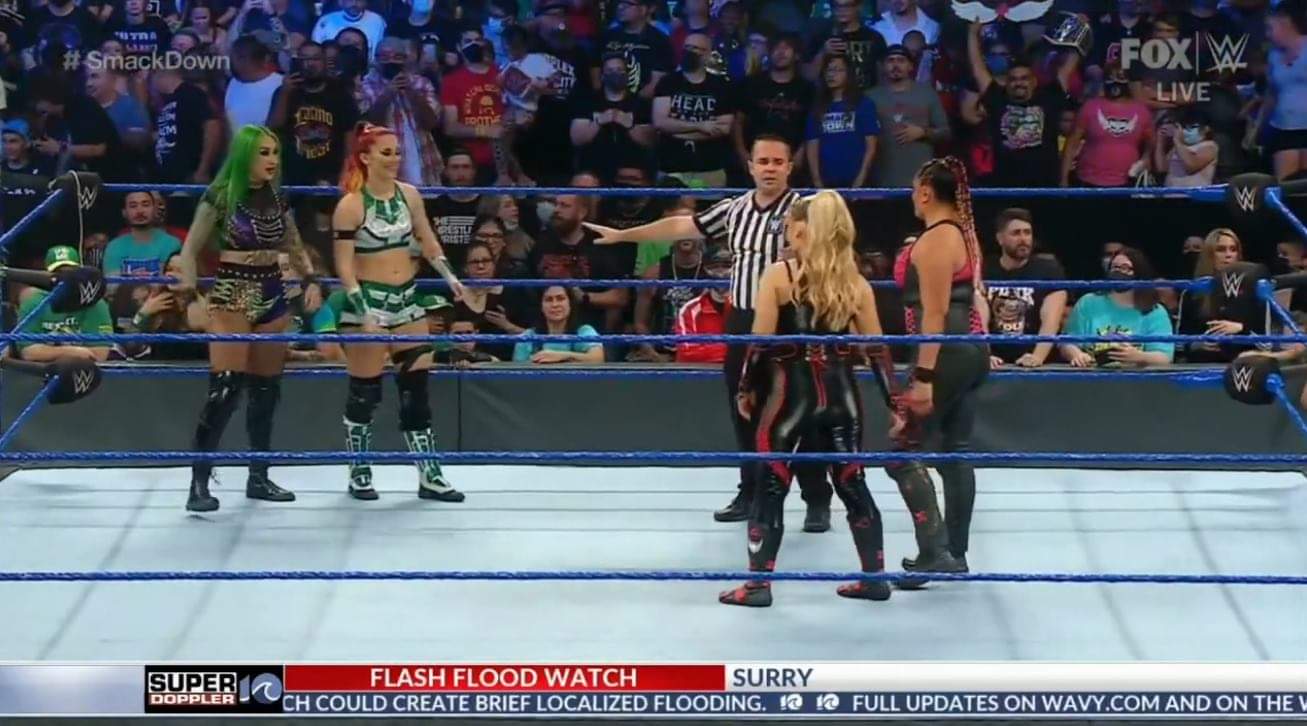 3. Shotzi and Tegan Nox vs. Tamina and Natalya

And after Natalya’s recovery – which was good news – we finally saw some interest in the women’s tag team. Although the fight was not for the titles, the champion couple started with everything. Natalya did not even appear to have been injured. The former NXT managed to resist Natalya’s attack and put Tamina out of circulation. 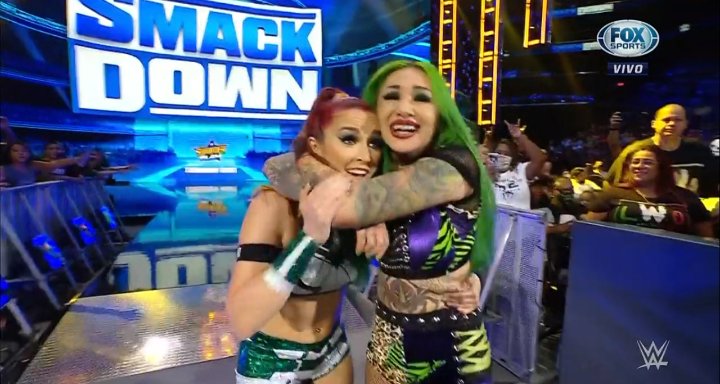 Seth Rollins made his appearance in the ring, wearing a gleaming white suit. He took the mic and told the audience that they already had Edge and now they have him. Then, he told Edge that in his speech he already came up with all the excuses for which he will lose tomorrow. Then, he told him that he shouldn’t be ashamed to lose. 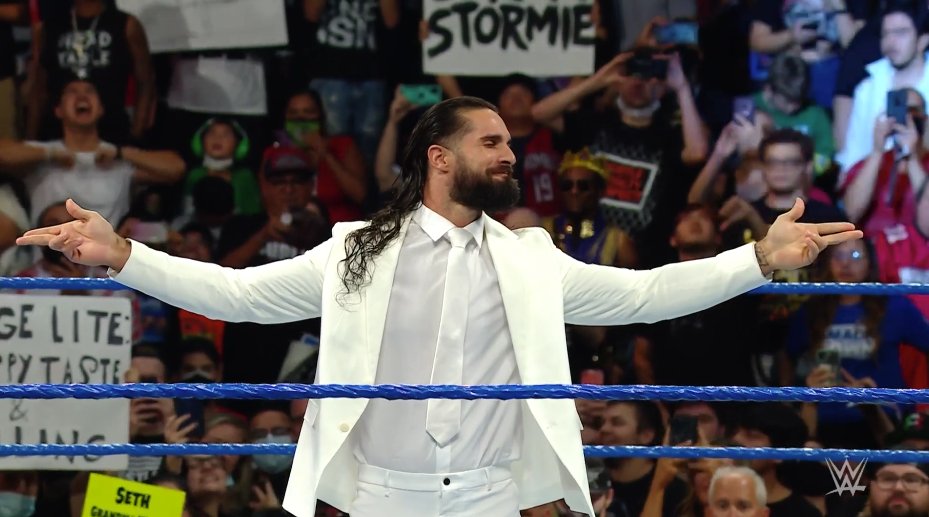 The lights turned red and a flare was seen, along with the music to The Brood. Edge came out on the giant screen and told Rollins that monsters come out and night and warns him that he will never see it coming. Following his intervention, a bloodbath fell on Rollins. Edge has turned to the dark side. 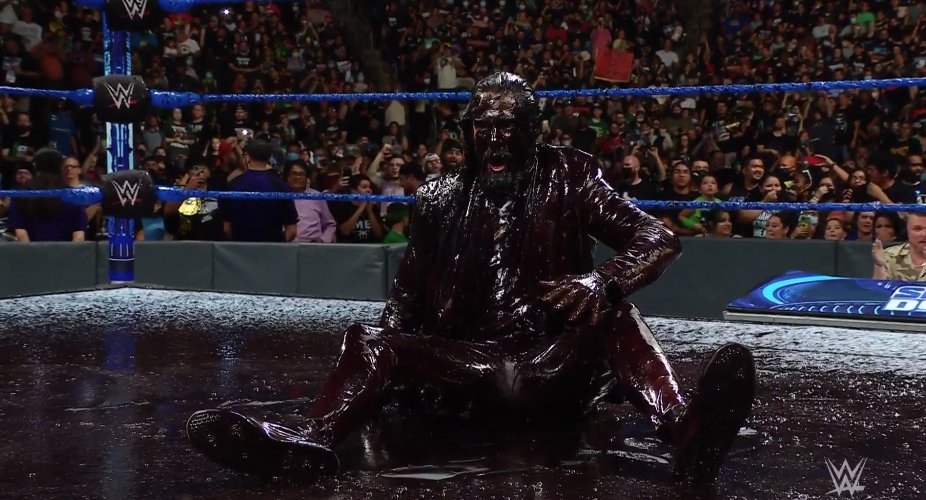 NOOOO THE BATH OF BLOOD. GIVE ME ESE EDGE DE THE BROOD 🔥🔥🔥#Smackdown 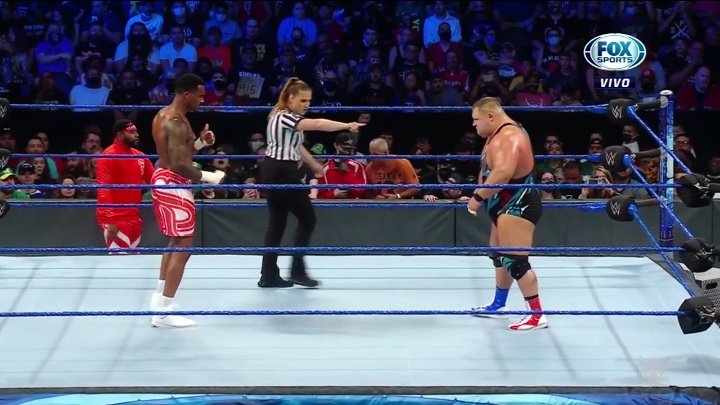 And the rivalry between the Street Profits and Alpha Academy continued. Ford wore some flashy pants for his fight and was looking to face Otis, who looked unbending, although that did not seem to matter to the skilled fighter. Gable and Dawkins wanted to intervene but were unsuccessful and, after Ford came close to winning with a Frog Splash, Otis regained control and left Ford seeded in the ring.

Otis settled the lawsuit with the Vader Bomb 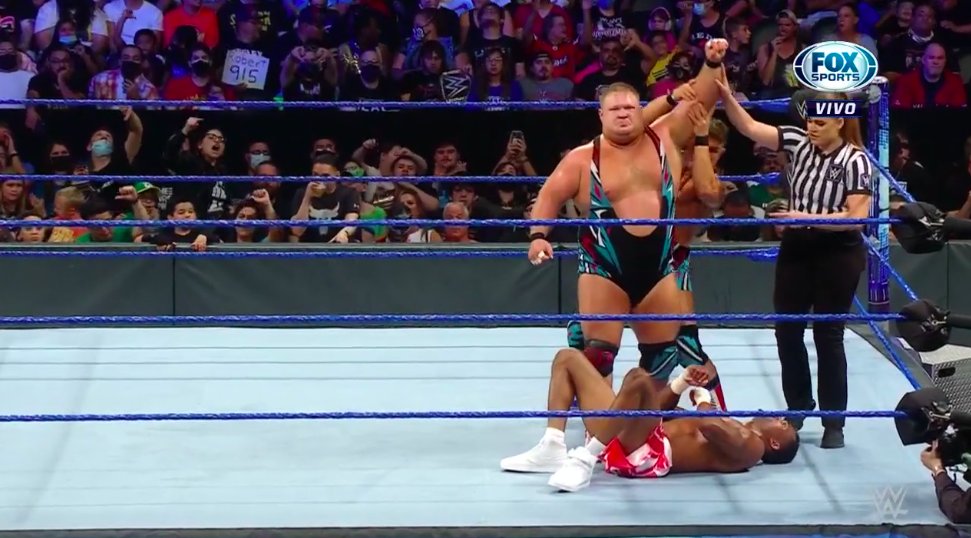 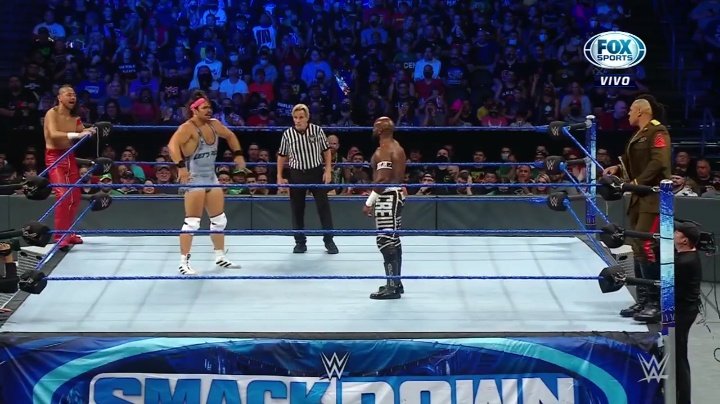 As expected, the rivalry between Nakamura and Apollo was to continue and this marked Boogs’ debut in a SmackDown ring, where he began to show interesting things, before being dominated by the former Intercontinental Champion. Azeez and Nakamura also saw action and the former managed to resist a variant of the Kinsasha, although it was eventually taken out of circulation by Nakamura himself.

With a Boogs corkscrew-style bombshell on Apollo, the former claimed victory for his team. 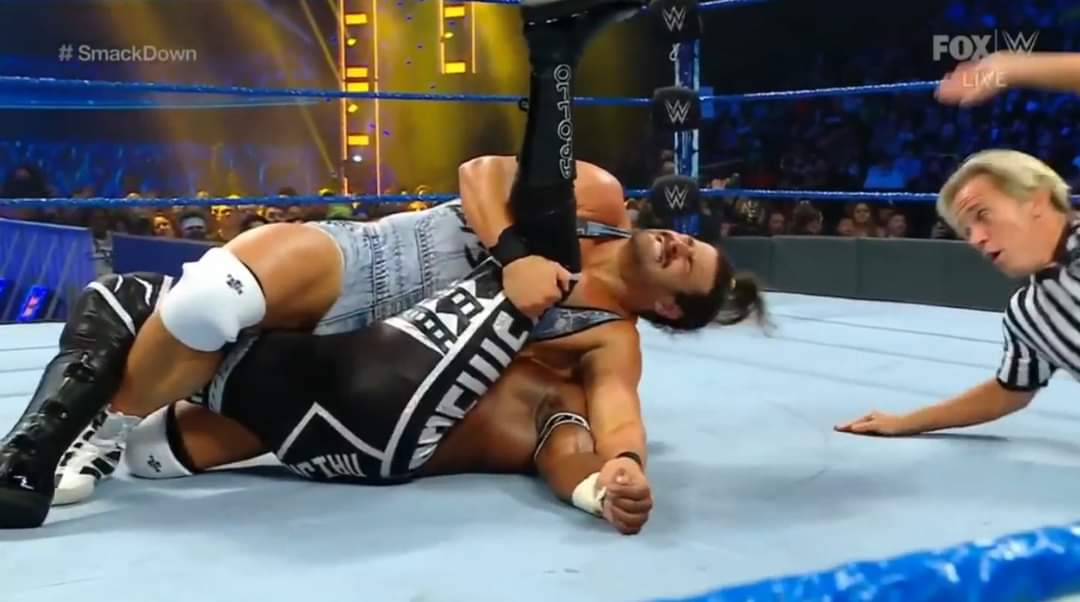