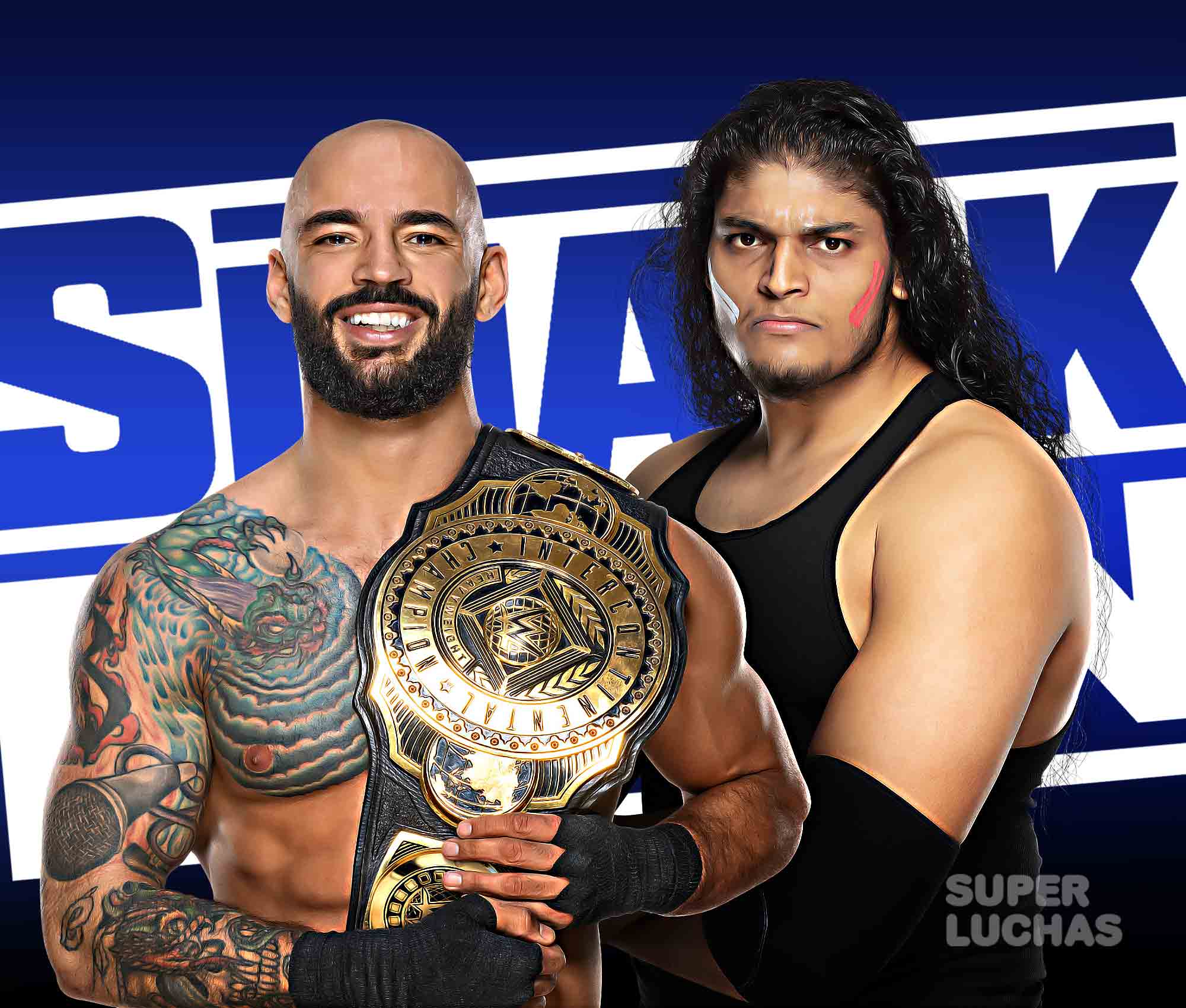 WWE SMACKDOWN APRIL 29, 2022.— Although jindermahal I was doing my best to get another chance for the Intercontinental Championship in view of RicochetIt was shankyhis henchman, who beat him to it. Ricochet accepted the challenge, leaving Mahal dumbfounded. Whatever happens, problems are coming between Mahal and the bollywood exactor. The action of the blue mark of WWE is issued from the Arena MVPin Albany, New York.

charlotte flair will expose the Raw Women’s Championship in view of Ronda Rousey in WrestleMania Backlash. It will be a I Quit Match, where you can only win by surrender. And as a preamble, in this episode both fighters they will have a challenge against the clock, each facing other opponents to see who can submit them the fastest.

In other fights, we will see Xavier Woods vs. Ridge Holland Already Kofi Kingston vs. Sheamus.

And, not to vary, for the fourth consecutive week they will face Drew McIntyre Y sami zayn. This time it will be cage fighting, because until now Zayn has always managed to escape. 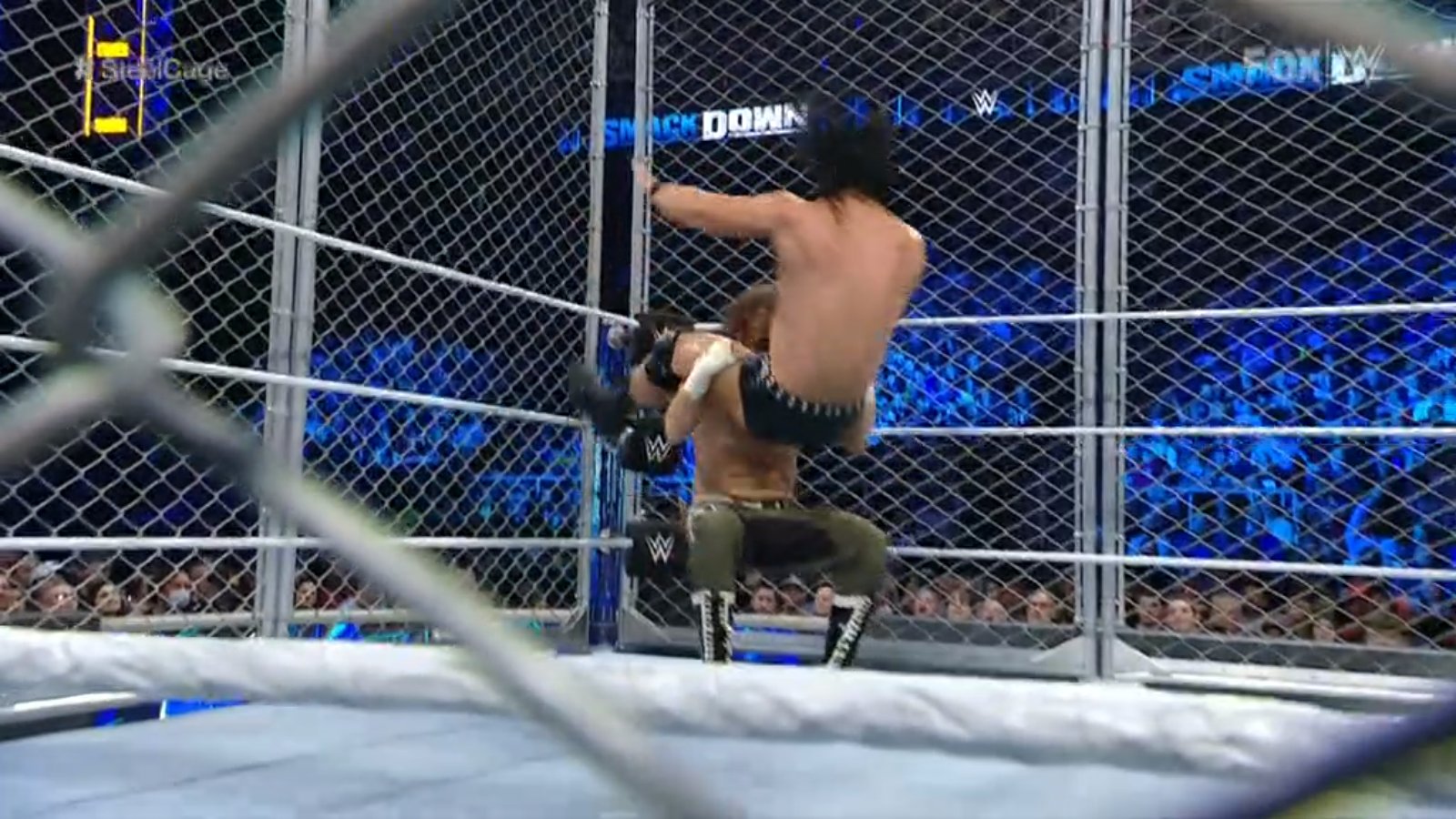 Sami Zayn had nowhere to run and McIntyre took the initiative; however, at the slightest carelessness he tried to climb into the cage, without success. Sami managed to land a Helluvah Kick, but McIntyre had the strength to resist that and launch a new attack, while Sami kept looking for ways to keep running, only to be stopped by the Scotsman with a Superplex.

Claymore and count of three 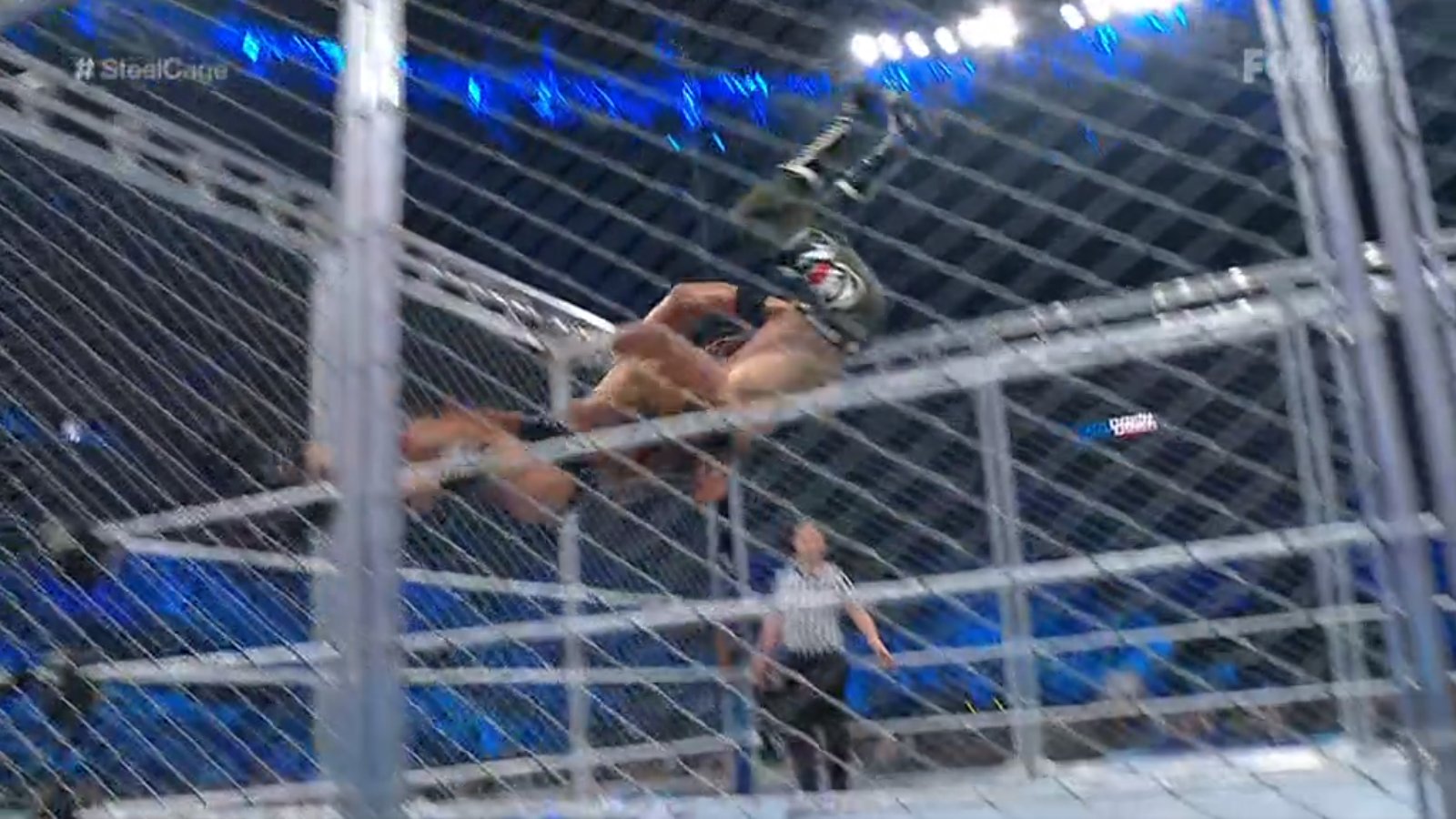 Happy Corbin came to the ring and spoke ill of Madcap Moss and said that he will destroy him at WrestleMania Backlash, but this time he was only content to destroy the trophy he won in the pitched battle, and he precisely asked for the trophy. 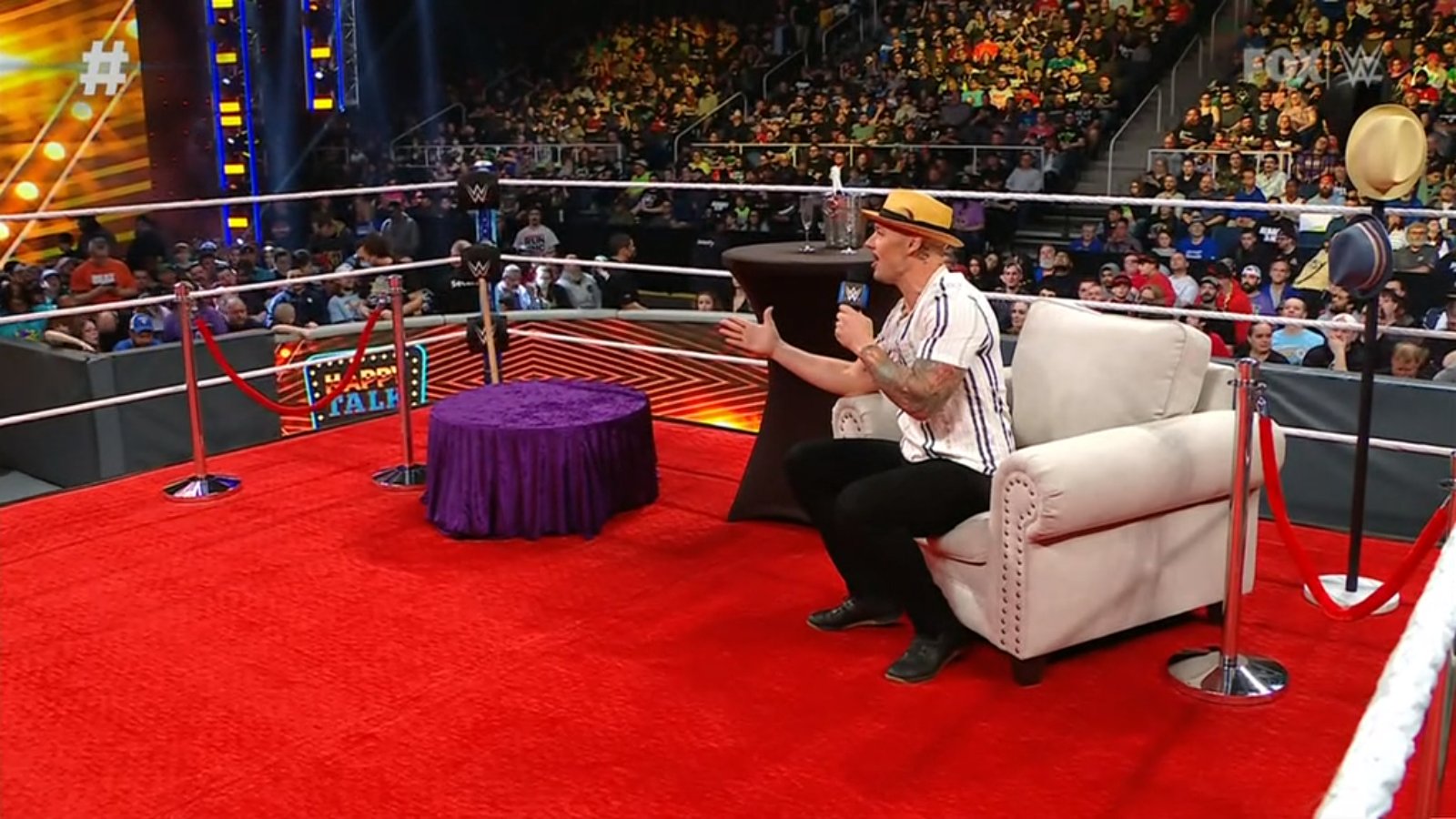 However, when he wanted to ask for a sledgehammer to smash the trophy, Moss himself was disguised as one of the employees and lunged at Corbin to hit him and Corbin had to run away. 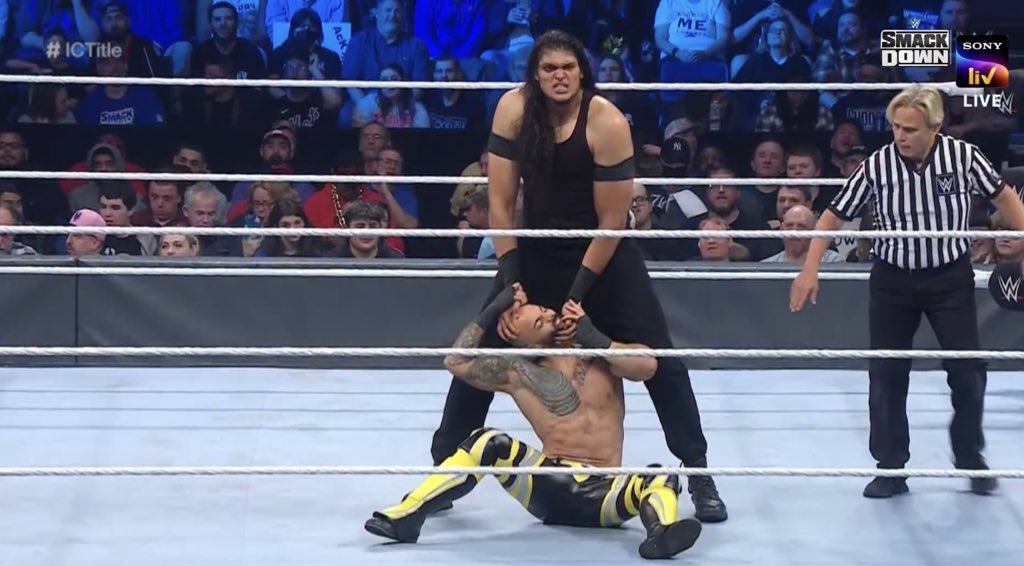 Shanky invited himself for this fight after it was Jinder Mahal who was lobbying for a new title opportunity, even so, the Maharaja began to be a factor and gave him a little help by tripping Shanky, who showed little or nothing in the ring.

Shanky was unable to lift Ricochet and received a vine 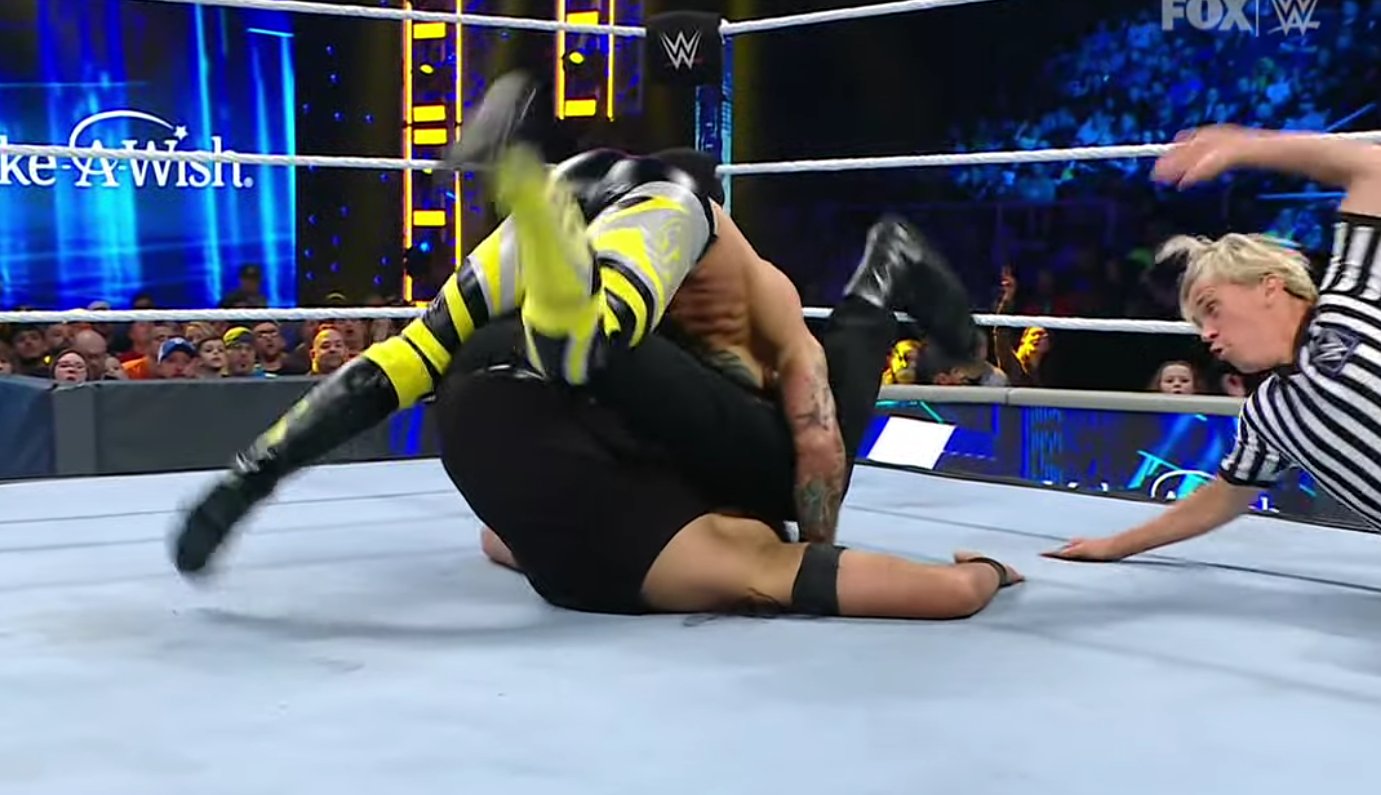 AND WITH THE MILLENARY KEY! Good defenses is having the One and Only #SDCL #SmackDown

After the match, Mahal scolded Shanky and Shanky revealed himself to her. 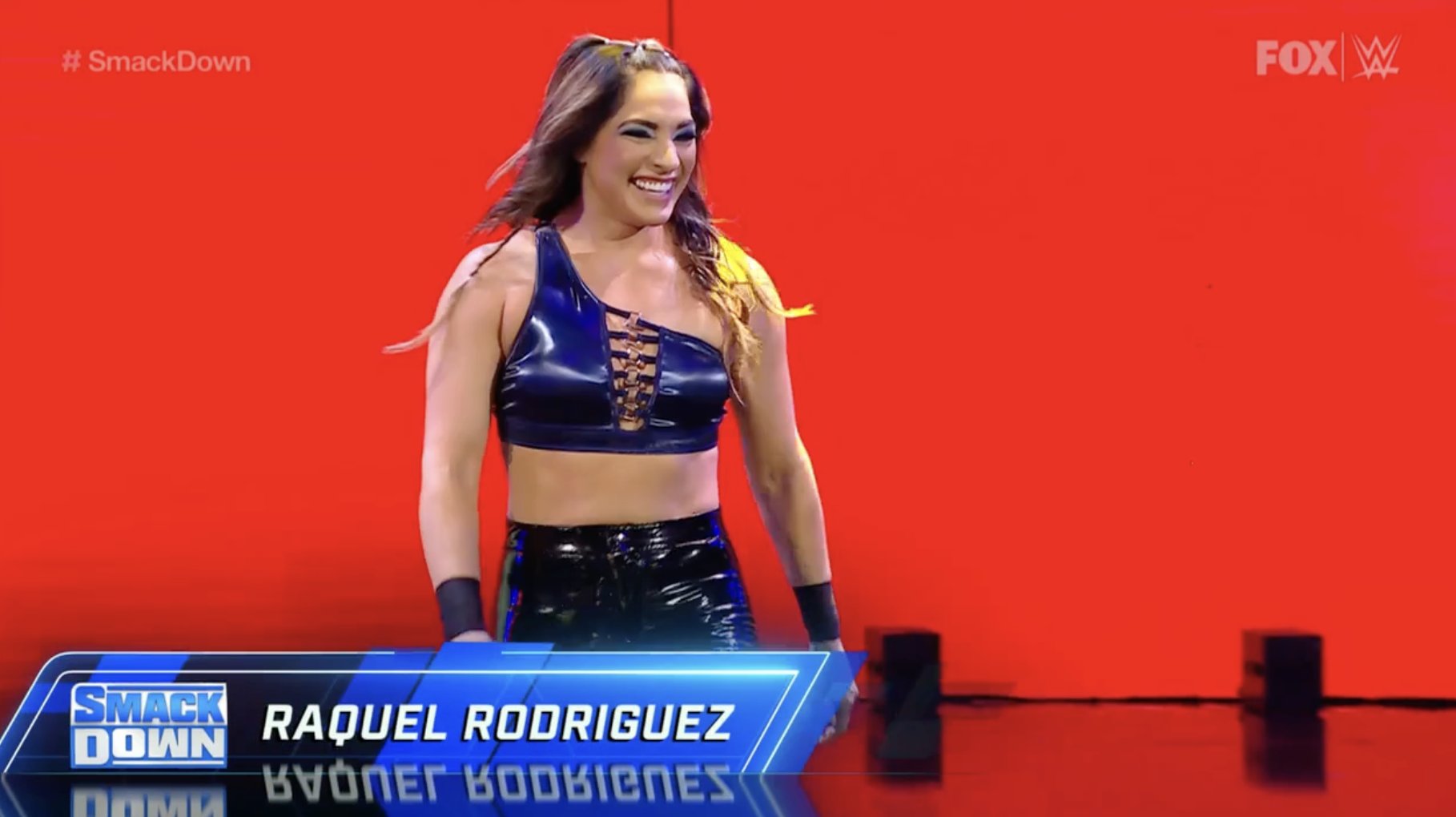 3. Raquel Rodriguez vs. A victim

Raquel began her journey through the main cast and did so showing overwhelming dominance, although her rival showed some resistance.

Chingona Bomb and count of three. 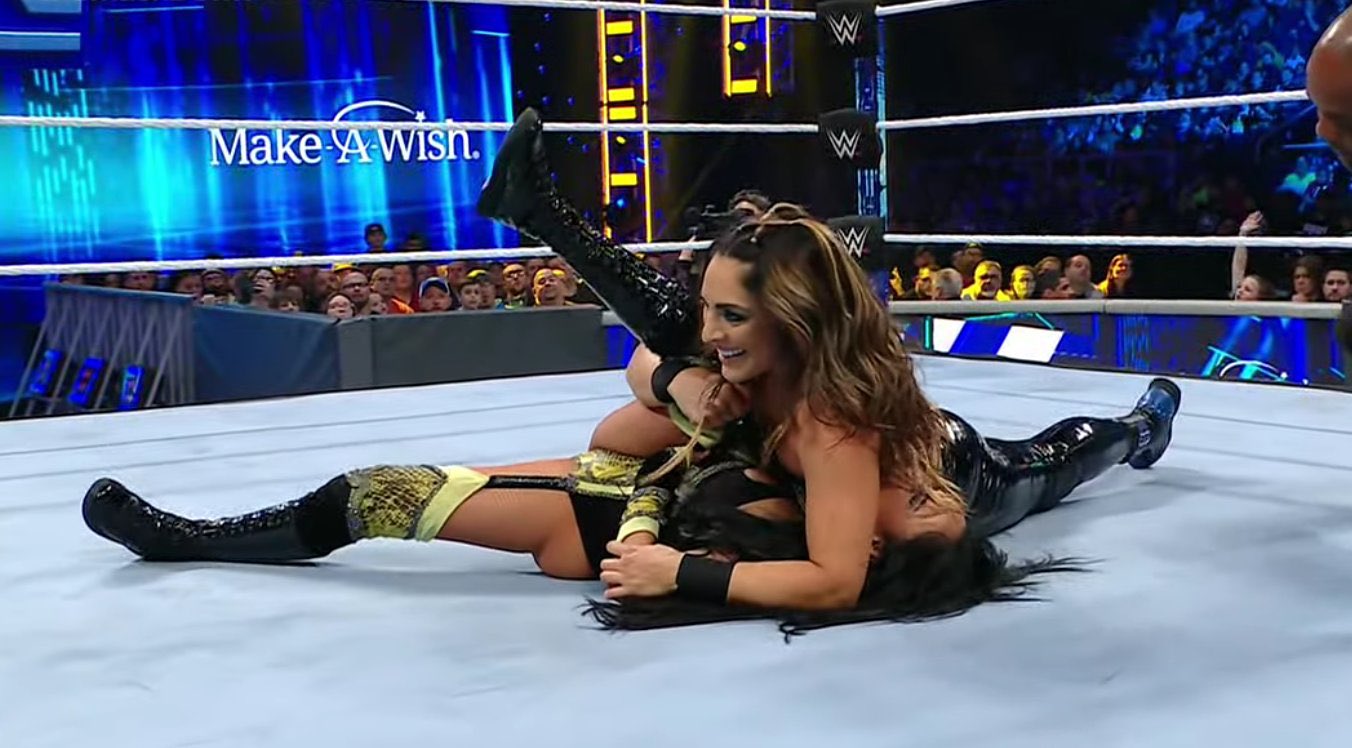 Ludwig Kaiser and Gunther said they will get people to respect the ring.

RK-Bro and The Usos arrived for the contract signing and Adam Pearce explained the situation. The Usos took the floor and said that they will become the best team.

Riddle took the floor and said that he couldn’t tell Jimmy from Jey, but Orton explained how to do it, although making fun of them. As a consequence, the two teams went to blows. 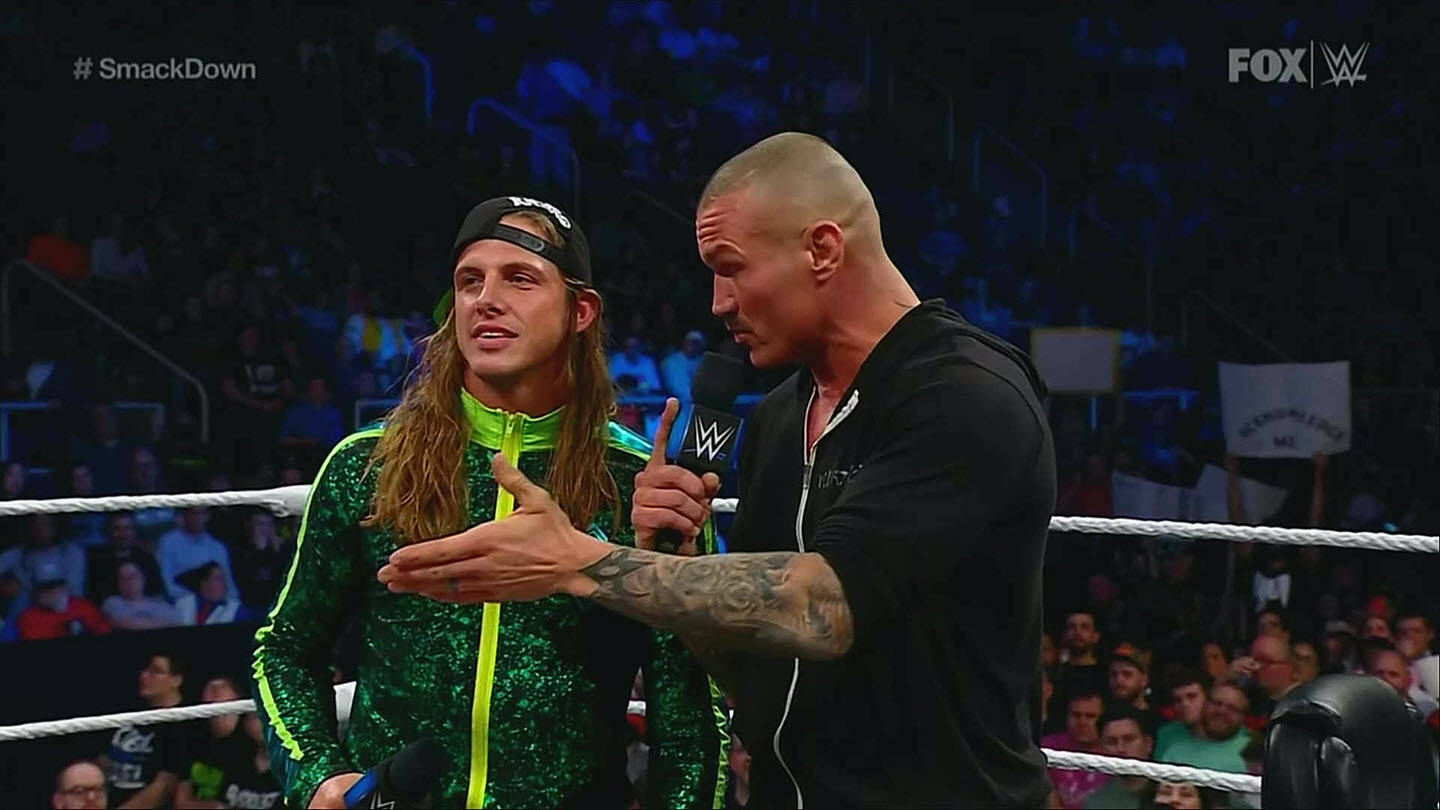 Roman Reigns made it to the ring and RK-Bro got distracted, only to be attacked by The Usos. Reigns tore up the contract and put it in Riddle’s mouth, but Drew McIntyre arrived to even things up and, after neutralizing Jimmy and Jey, he went to blows with Roman Reigns. 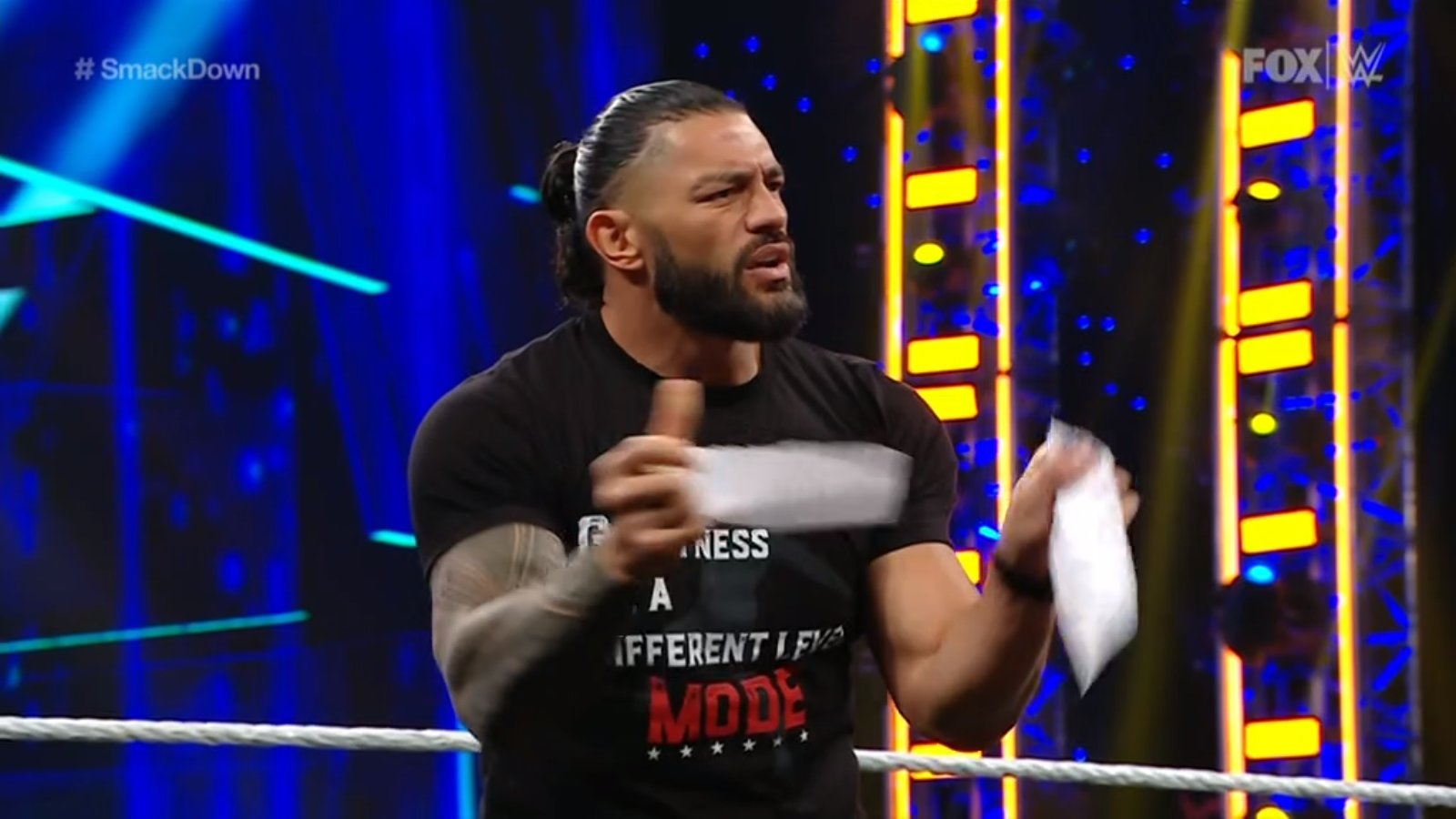 Paul Heyman told Adam Pearce that it was not a good idea to unify the tag team championships, and suggested that at WrestleMania Backlash Roman Reigns and The Usos vs. Drew McIntyre and RK-Bro, since the event cannot be without the tribal chief. 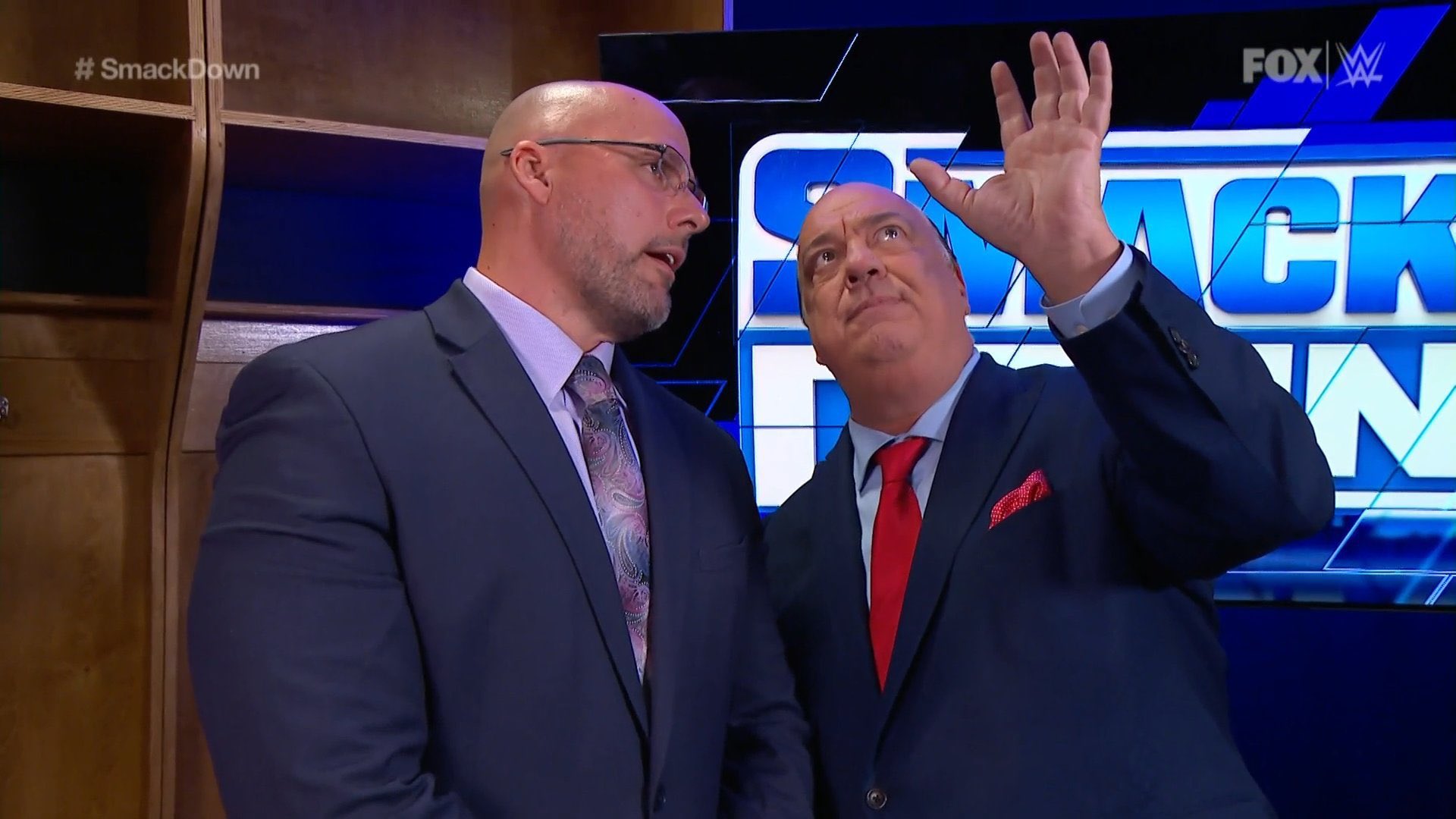 Pearce hesitated and looked intimidated by what Heyman said he would do to get that match. 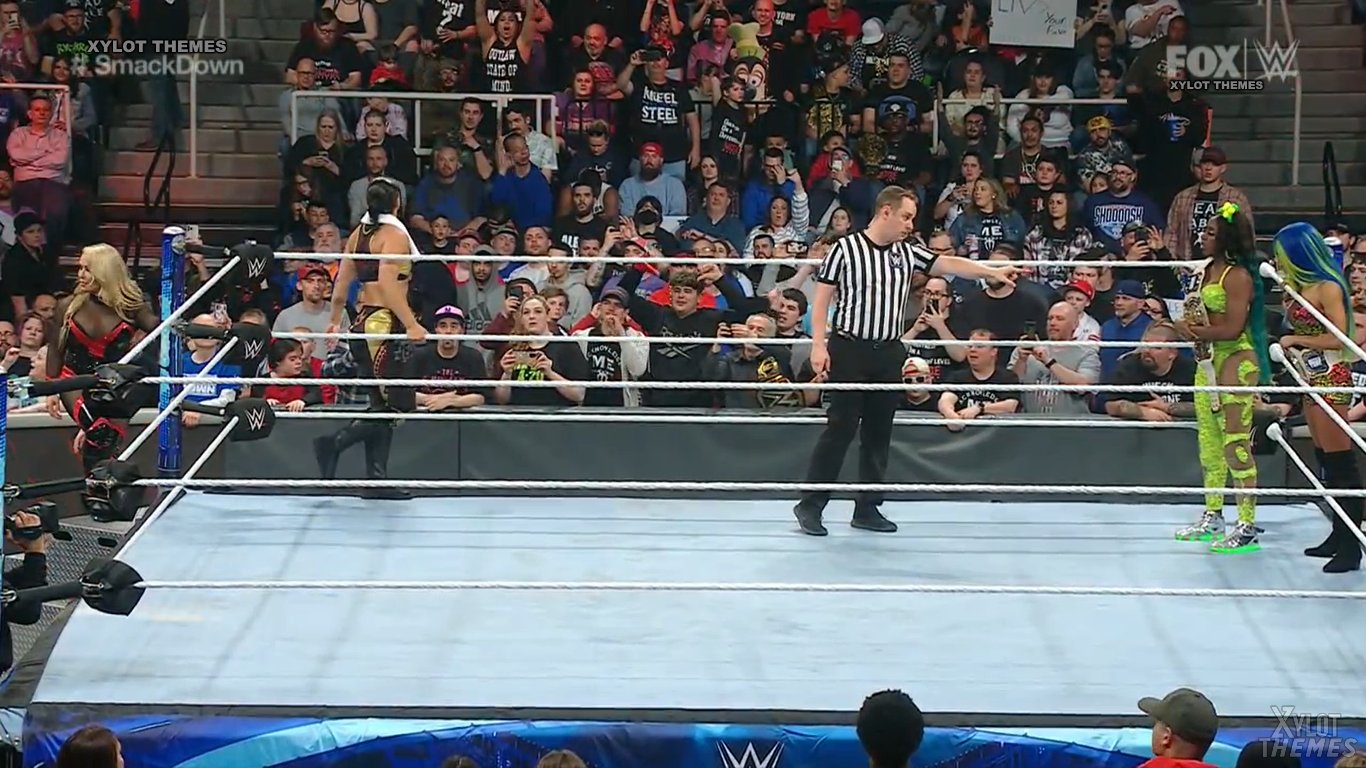 And we had another match to continue selling the rivalry between the only two teams left in the women’s tag team division. Shayna showed the aggressiveness that was expected of her, but Naomi also had hers.

Naomi pulled a vine out of nowhere and was victorious. 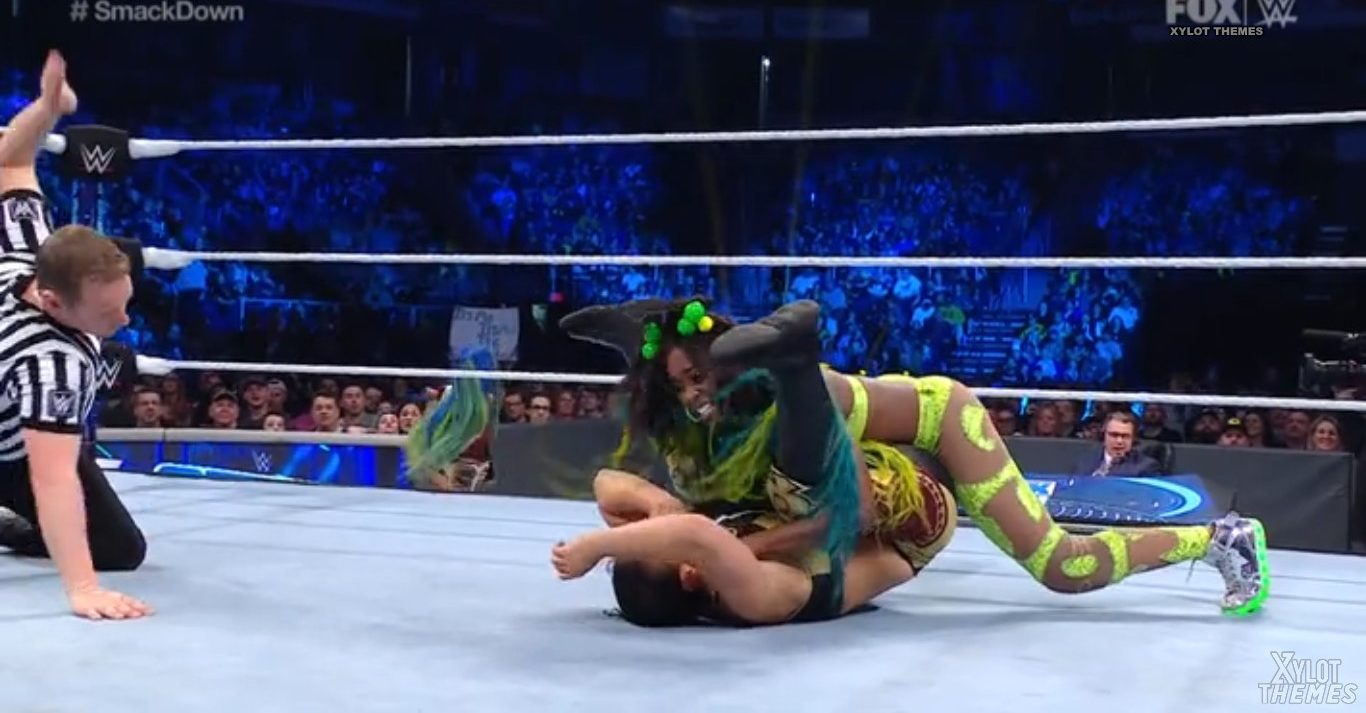 After the fight, Natalya and Shayna were in charge of punishing the champions, remaining standing. Shayna ended up hurting Naomi’s arm.

Natalia enters to disqualify the fight by attacking Naomi, but Sasha comes to her defense although she is a victim of Natalia’s Sniper. #smackdown

And the change for WrestleMania Backlash was confirmed. There will no longer be a unification of Championships, but it will be a fight between Roman Reigns and The Usos vs. Drew McIntyre and RK-Bro, as requested by Heyman. 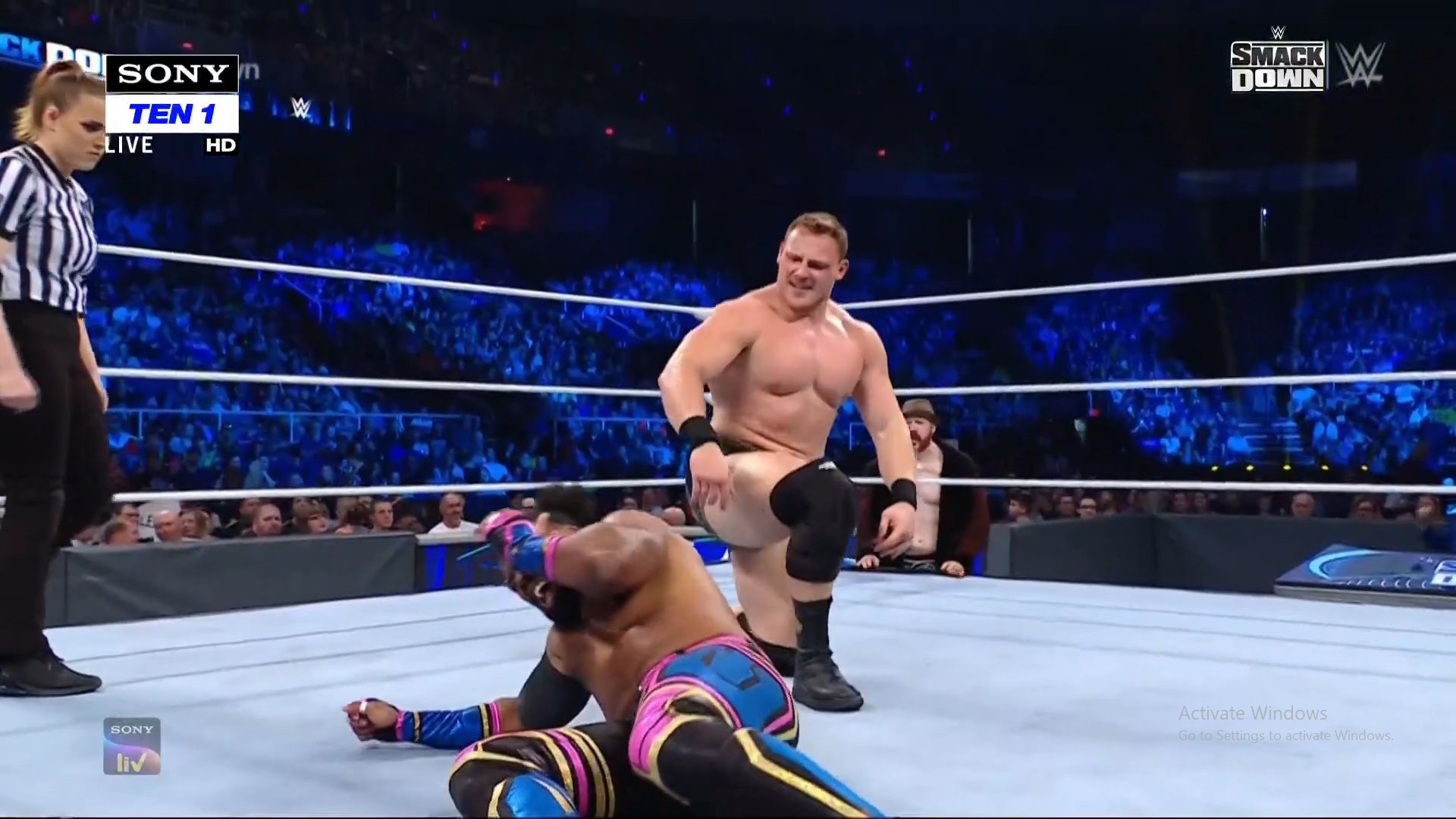 Those of New Day made fun of Sheamus and Ridge Holland for the loss of Butch, but they decided to speak in the ring, specifically Holland, who dealt heavy blows, but Woods -who was no longer presented as the king- also managed good attacks that they only managed to anger their rival even more.

Woods pulled a vine out of nowhere and cruised to victory.

XAVIER WOODS WON IT WITH THE MOST LEGENDARY MOVE OF ALL

Sheamus was upset by the result and called for a match against Kofi to show Ridge Holland the right thing to do. 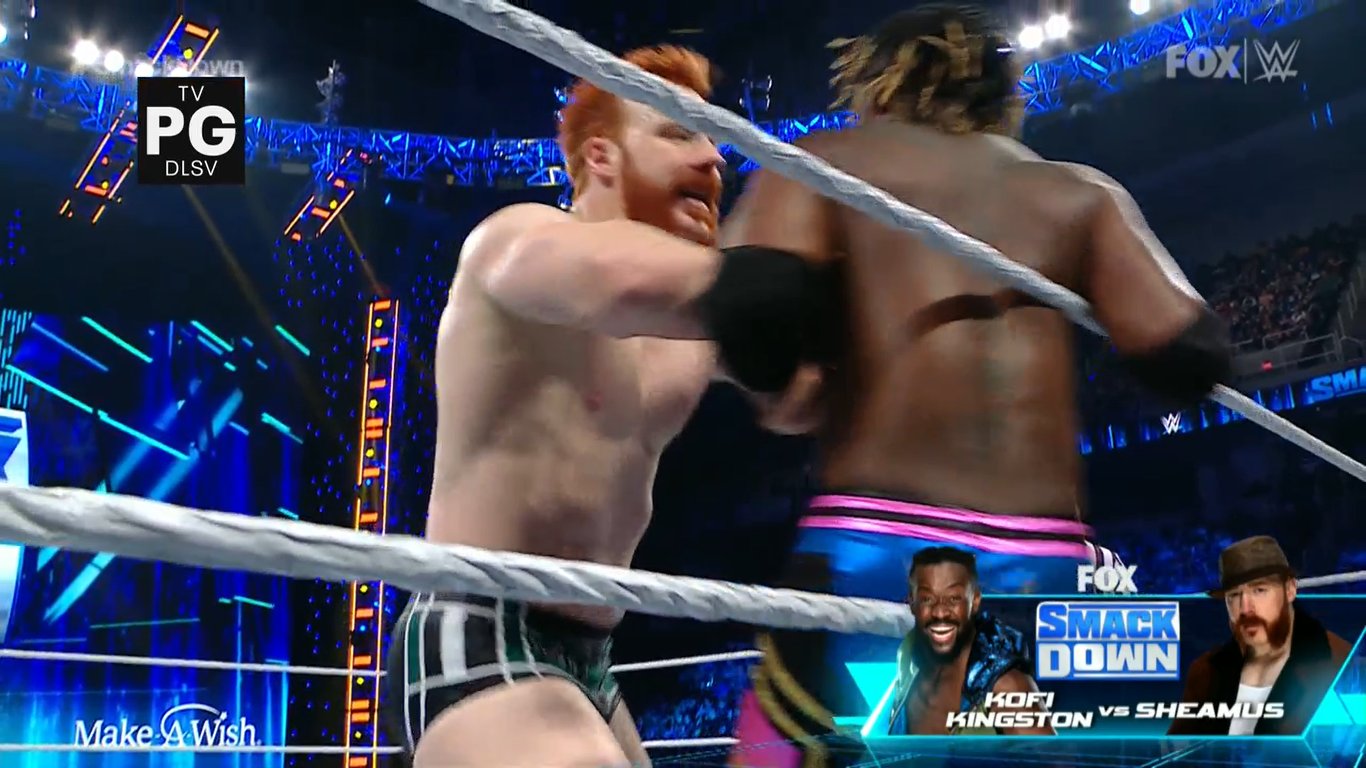 And after the commercial break, both veterans were already fighting in the ring, and who showed a more fluid action than the previous fight, thanks to their greater experience. The action increased its speed with the passing of the seconds, but a clear domain was not defined, until Sheamus woke Kofi up early with a knee when he was going to attack from the air.

Brogue Kick and count of three. 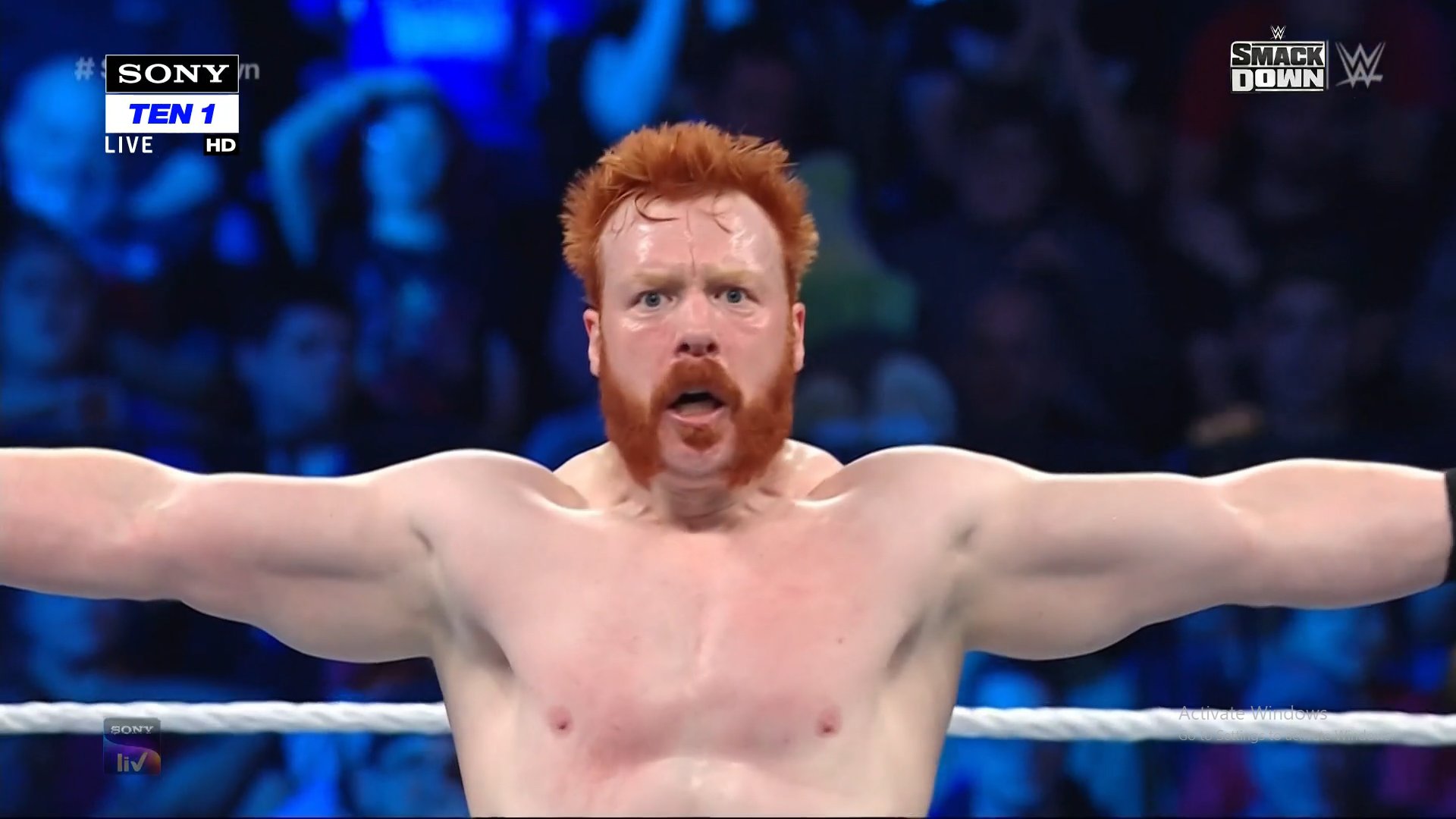 What a beast Sheamus is, worthy of a champion #SmackDown

After the match, Ridge Holland attacked Xavier Woods and finished him off by throwing him into a table.

And we had the fourth part of the Lacey Evans story, where she commented on her military career. 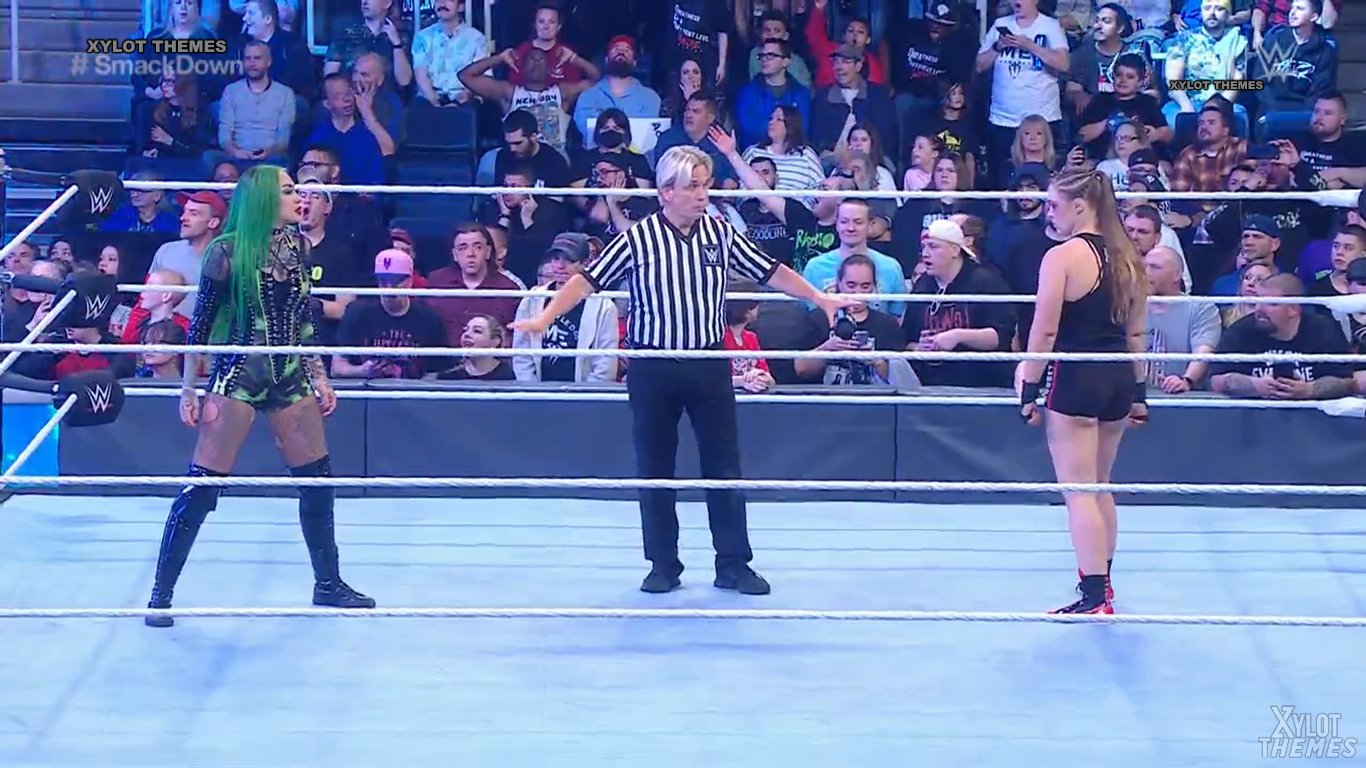 This was the first of the beating the clock competitions, where Ronda and Charlotte had to beat their respective rivals to see who was the fastest. Shotzi started the first thirty seconds running from his rival, but when he decided to attack, it went wrong and he started receiving Suplexes.

Ankle lock and Shotzi said enough at 1 minute and 41 seconds. 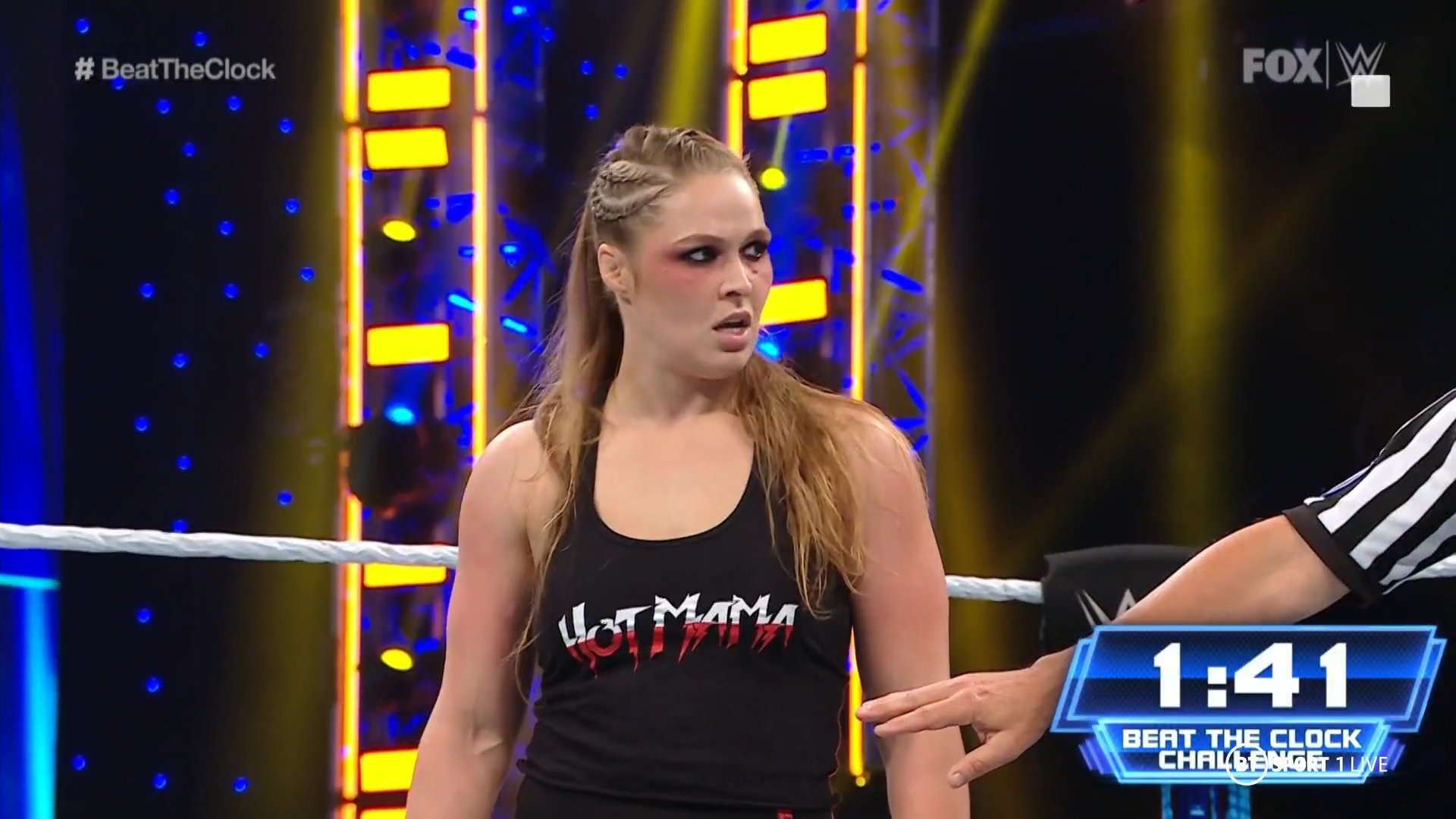 Ronda and Shotzi in the same ring. The mice in my head fuck each other. #SmackDown 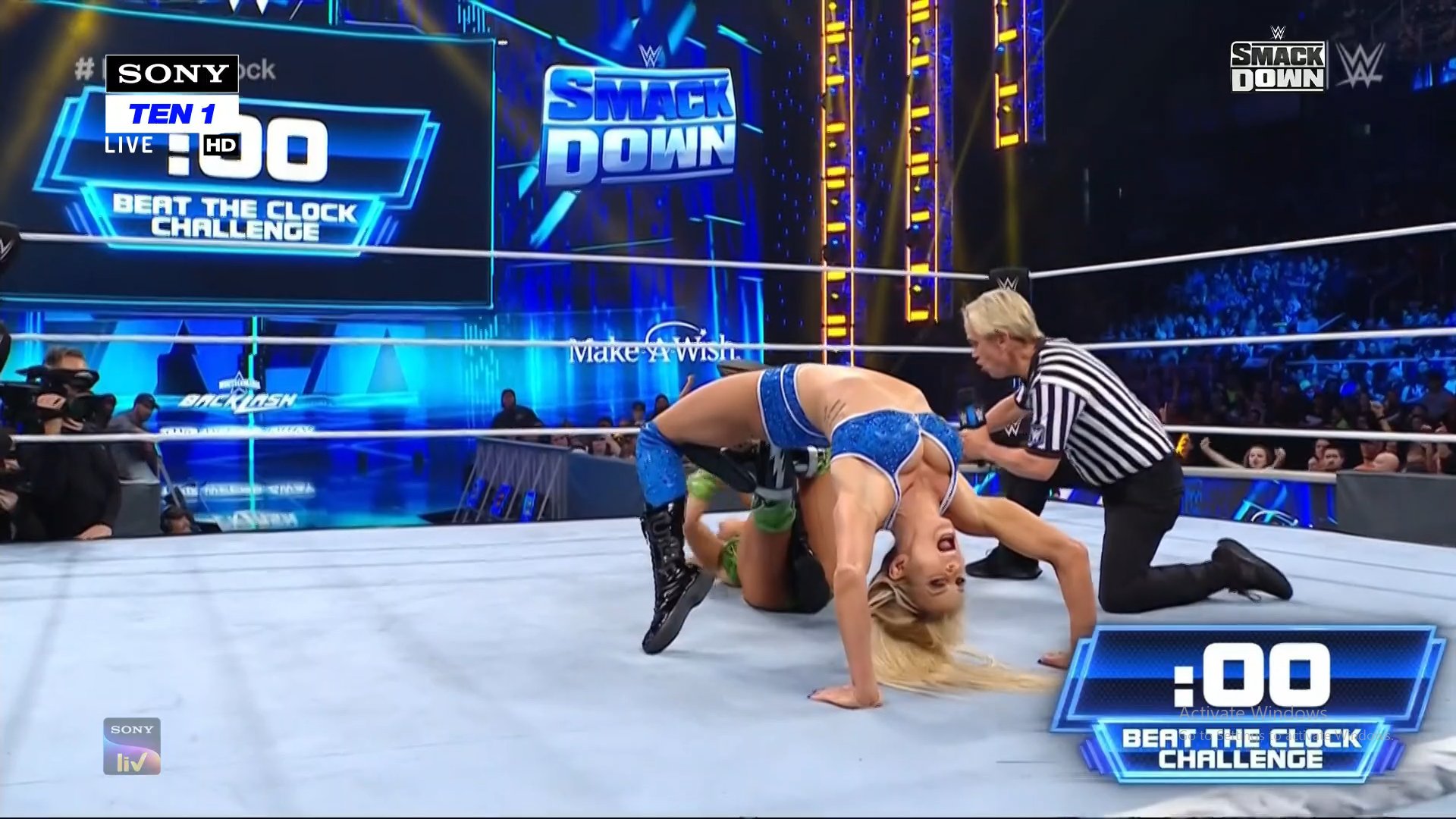 Charlotte had a tough time to beat, but not impossible, but Aliyah came to fight and put Charlotte in trouble for a few seconds, but she missed a plank. However, Charlotte wasted a lot of time provoking Ronda and was unable to land the key. With ten seconds to go, Charlotte applied her figure eight to her.

Aliyah held out long enough and time was up, but then she did end up giving the sign.

The winner of the “Beat The Clock” challenge is Ronda Rousey. #SmackDown

And because of the stipulation, Ronda Rousey took the win and left happy.

Charlotte Flair went to Drew Gulak, who was in charge of ringing the bell and decided to attack him and blame him for her loss. 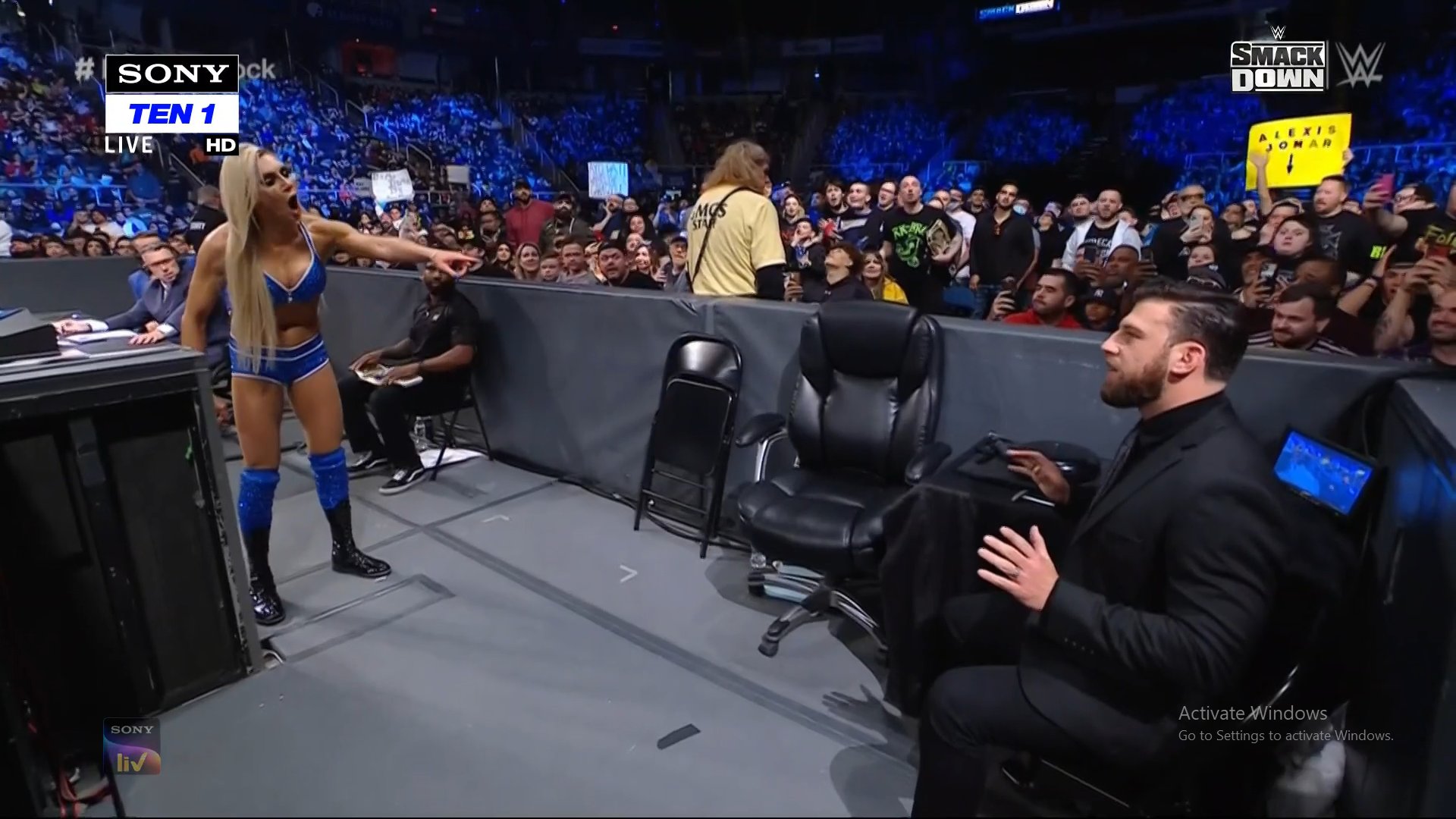 The Queen then took the bell and threw it at Gulak’s head, taunting him about the work he had to do. With that, the show went off the air.