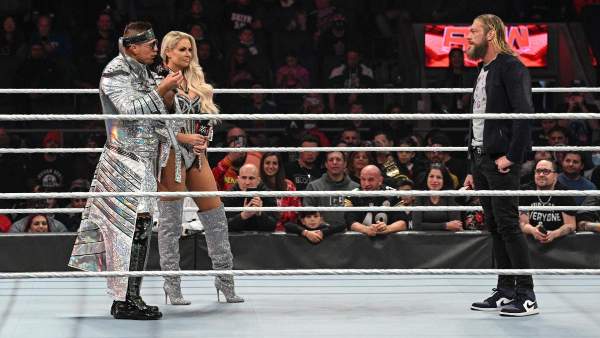 WWE has used the theme of fired fighters in some of the promos that aired on the show WWE RAW for November 29. Fans have been outraged by the use of this resource by the company, which has fired dozens of fighters from the main roster and from WWE NXT.

Wrestlers fired from WWE in promos

During the this week’s WWE RAW show the fired fighters were referenced on several occasions. The current WWE RAW women’s championship contender received harsh words from champion Becky Lynch as they were about to sign her contract. The Irishwoman declared that Liv Morgan’s friends had left the company because of her, and that The Big Fat Man had also left because of the same, before telling him that he had become everything he hated,

For his part, Edge also did reference to the firing of John Morrison in his face to face with The Miz. He told Miz that he had dumped his partner and that he is now fired, instead he was doing everything possible to help the talent of this company.

These references have not sat well with WWE fans, who have strongly criticized the promos on social networks. The adjustments by Nick Khan are the issue that has most stained the image of the company in recent times.