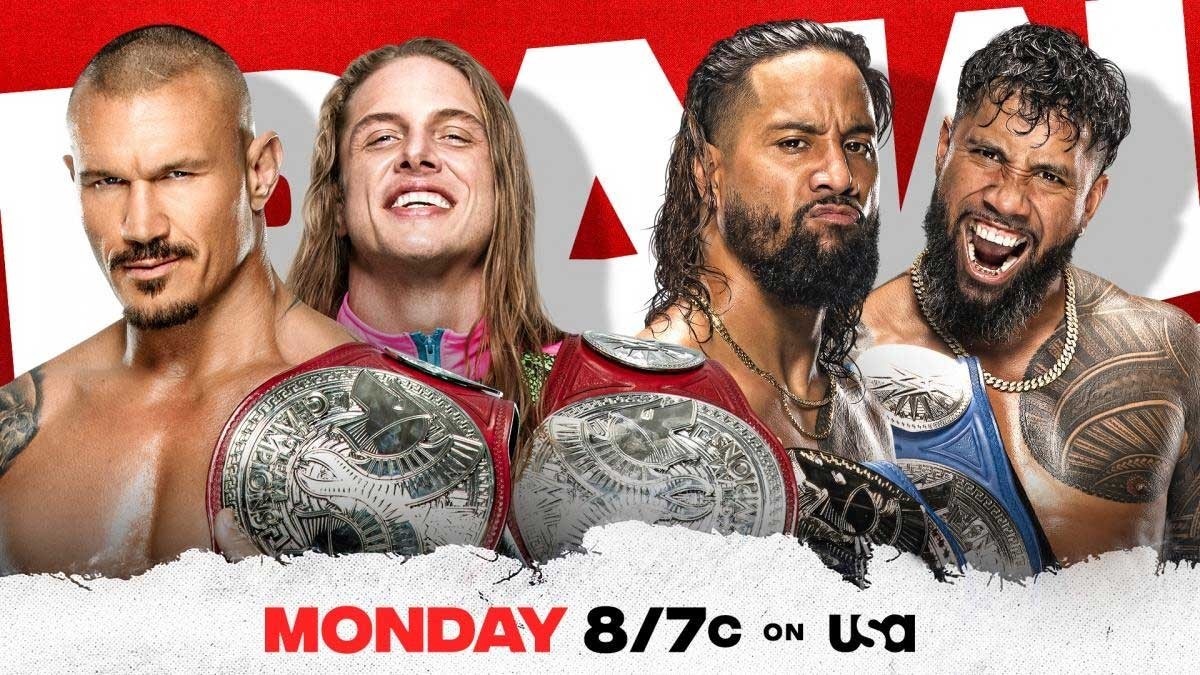 Welcome to Solowrestling Live Tracking. Tonight the 1,505th episode of WWE Monday Night Raw this Monday March 28, 2022 live from the PPG Paints Arena in Pittsburgh, PA. Tonight will be a special edition of Raw on the occasion of the week of WrestleMania 38, with the presence of several fighters from SmackDown and great agreed combats, such as RK-Bro vs. The Uses.

Returning from the break, Sasha charges at all of her opponents. Banks does not get to take over from Naomi, who is the only one of her companions in the corner after the others were attacked. Shayna applies a Stretch Muffler to Sasha and after the relief to Natalya they connect the Hart Attack. Zelina takes Natalya out of the ring to look for the pin. Carmella takes Shayna out but she responds with a blow. Banks stops Naomi and passes the baton to her teammates until Rhea finishes off with the Riptide.

Naomi is dominated by the rivals in the first minutes of the match. Zelina is distracted waving to the public, Naomi responds and takes over from Sasha. Zelina takes Sasha out of the ring and punishes her against the barricade. 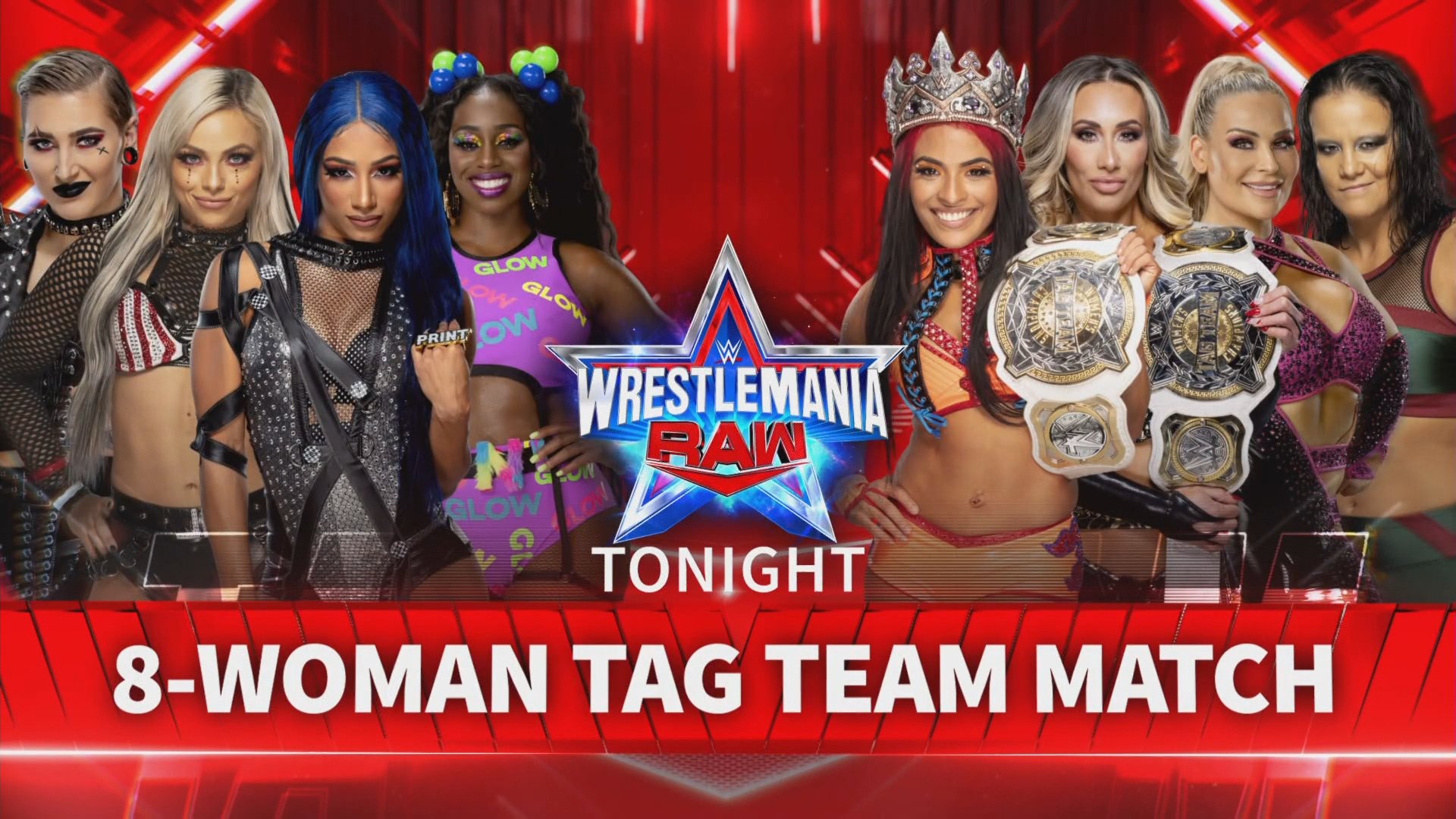 
Roman Reigns He takes the floor and before the shouts of “WHAT” from the public, he replies that if they continue like this he will destroy them all, as he will do with Brock Lesnar at WrestleMania. Roman remembers when he previously faced Lesnar, and how The Beast hurt him to the point that his family did not recognize him. “But we changed the game, and we’re going to take it all away,” Reigns says. “This Sunday, I will make the final move and take the title from him,” Roman launches after remembering that he has taken Paul Heyman and the record as champion. “We’re going to make it personal, because it’s always been personal to me,” Roman closes.


Roman Reigns arrives at Raw WrestleMania alongside Paul Heyman and The Usos. The Universal Champion asks to be recognized by the arena.


Reggie try to talk to dana brooke about something important backstage. Reggie asks her to marry him. Dana agrees! Tamina shows up to attack them and try to cover Dana. akira tozawa appears dressed in a suit, Tamina asks him why he is dressed like that. Akira proposes to Tamina. Tamina agrees.


bobby lashley He returns to Monday Night Raw after his injury and faces Omos. The colossus pushes him, but Lashley responds with a Tackle that ends up knocking Omos down. Bobby Lashley challenges Omos to a match at WrestleMania.

Bobby Lashley is back!

After the fight, Omos attacks Ivar. Kevin Patrick interviews omos to ask him who he thinks he can face next. Omos says that he has already dominated everyone, no one will be able to with him.

Omos takes a hit from Erik without flinching, and responds with a very hard Clothesline. Erik comes down from the ring, sore from the hard blow of the colossus. Ivar goes to see his partner, who receives the count of ten and loses.

omos vs. The Viking Raiders 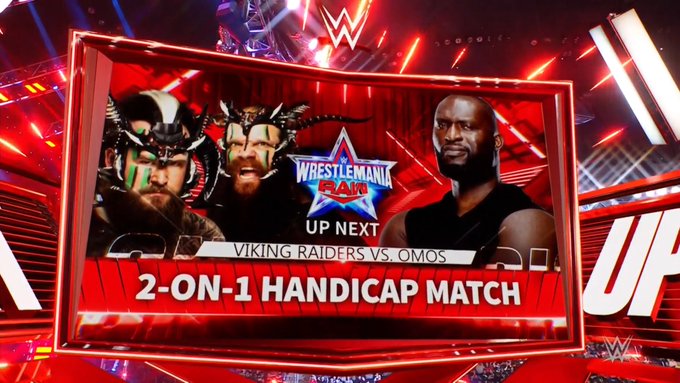 After a long way, seth rollins It will be part of WrestleMania.

After the fight, Dominik Mysterio returns and puts Logan Paul in the ring. The Mysterios try a Double 619 but Logan escapes. Rey recovers his mask, and together with Dominik they apply the Double 619 and a Splash each to Miz.

Returning from the break, Rey responds with blows on Miz. Rey reverses a Miz Powerbomb attempt and covers it up for the win.

The referee kicks Dominik Mysterio out before the match, however, allowing Logan Paul to remain at ringside. Miz takes the initiative and takes advantage of Logan distracting Rey to apply a DDT to her. 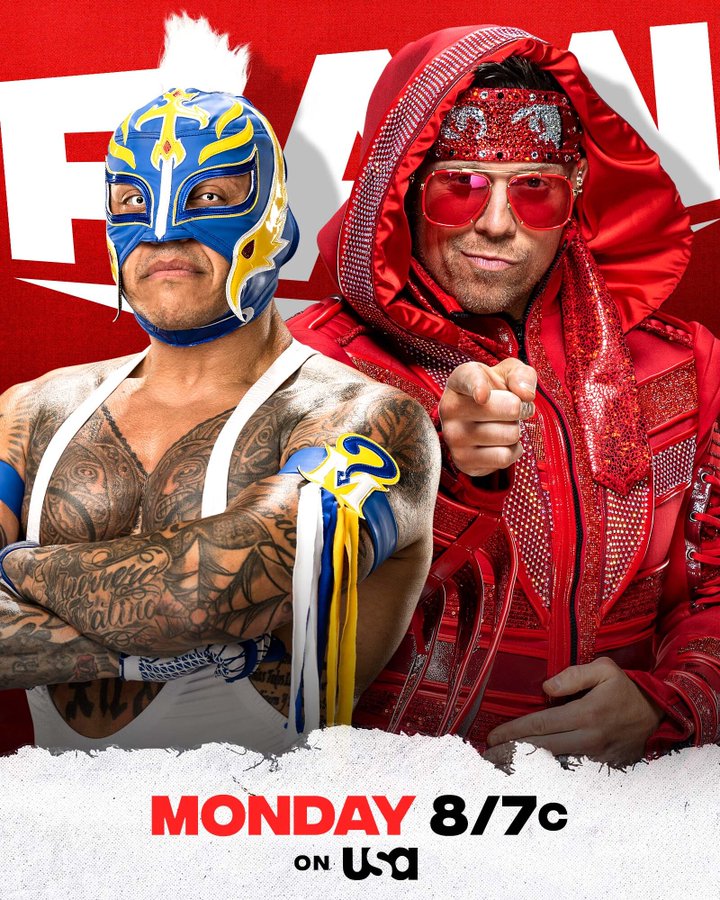 
The Miz goes out to the ring and introduces logan paul as “Lucha Logan”, since it arrives with the mask that Miz stole from Rey Mysterio last week. “It doesn’t matter what mask you’re wearing tonight…” Miz was saying, when he is interrupted by the Mysterios.


Brock Lesnar welcomes the program, enjoying being able to do it now that he does not have Paul Heyman by his side. The Beast laughs to himself, saying that he hasn’t done so well. “But what I can do well is kick some ass,” he says. “At WrestleMania I will finally get my hands on Roman Reigns. There is no more place to run or hide. This Sunday, I will end up with two titles in my hands,” he assures.