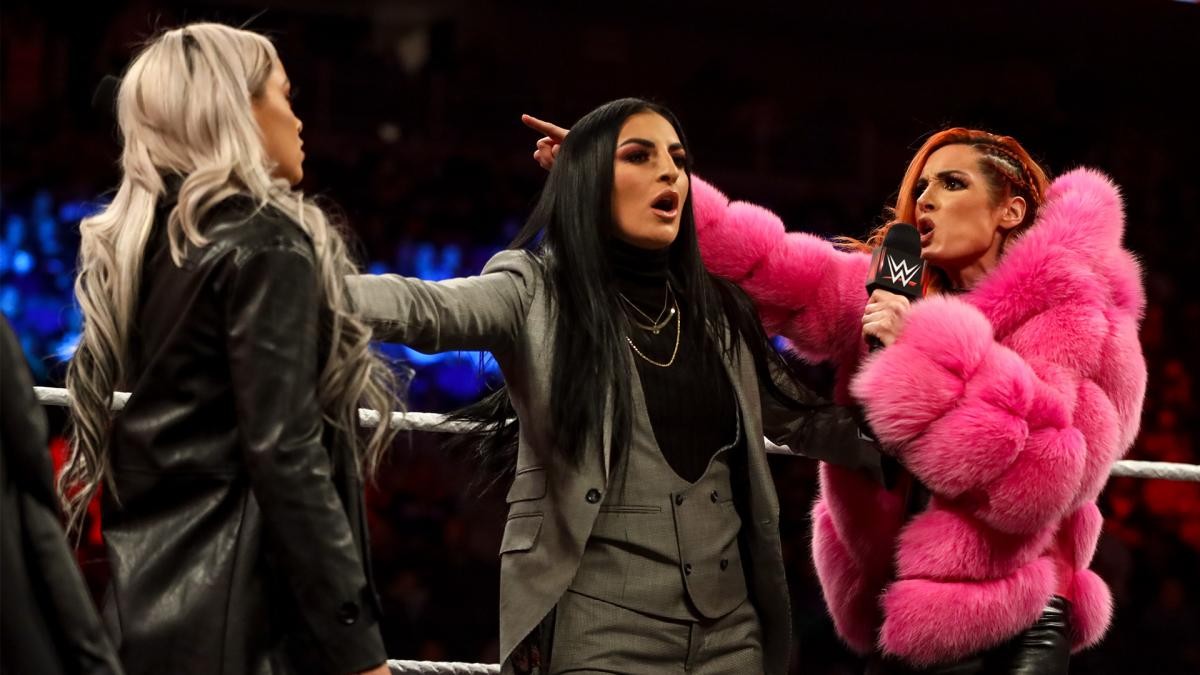 – During the broadcast of the last episode of Monday Night Raw, WWE made two mentions of recent layoffs of the company. Liv Morgan was the first, when she had a confrontation with Becky Lynch and accused her of receiving a large amount of money, while her companions were fired. “You are the reason your friend is gone, just like the reason your big fat greedy contract is the reason MY friends are gone. How does it feel to know that you have become? in everything you despised? “Lynch commented.

When Edge and The Miz faced each other in the ring later, Edge indirectly mentioned John Morrison, who was recently fired. “The biggest difference between you and me is that I fought everything to get this little window back. You … used it to gain notoriety and achieve your next achievement, for your next reality show, for your dance contest … While you leave your partner defenseless, I stop them firing her!“said Edge.

– Austin Theory appeared in a series of behind-the-scenes videos alongside Vince McMahon on Monday Night Raw. The chairman WWE was asking him about the result and feelings of the matches. In the last segment, Vince offered him his hand to say goodbye, but he slapped him. It is not clear how far this situation will lead, although it is not usual to see Vince McMahon appear two consecutive weeks on Monday Night Raw.

– After the broadcast of the Monday Night Raw show, Damian Priest was interviewed behind the scenes and pointed out that every night he competes to shut mouths. He was asked about his next rival and indicated that he can come from any roster, but that the results will always be the same, with him lifting the WWE United States Championship. Liv Morgan was also interviewed and assured that she will give it all next Monday on Raw to beat Becky Lynch.