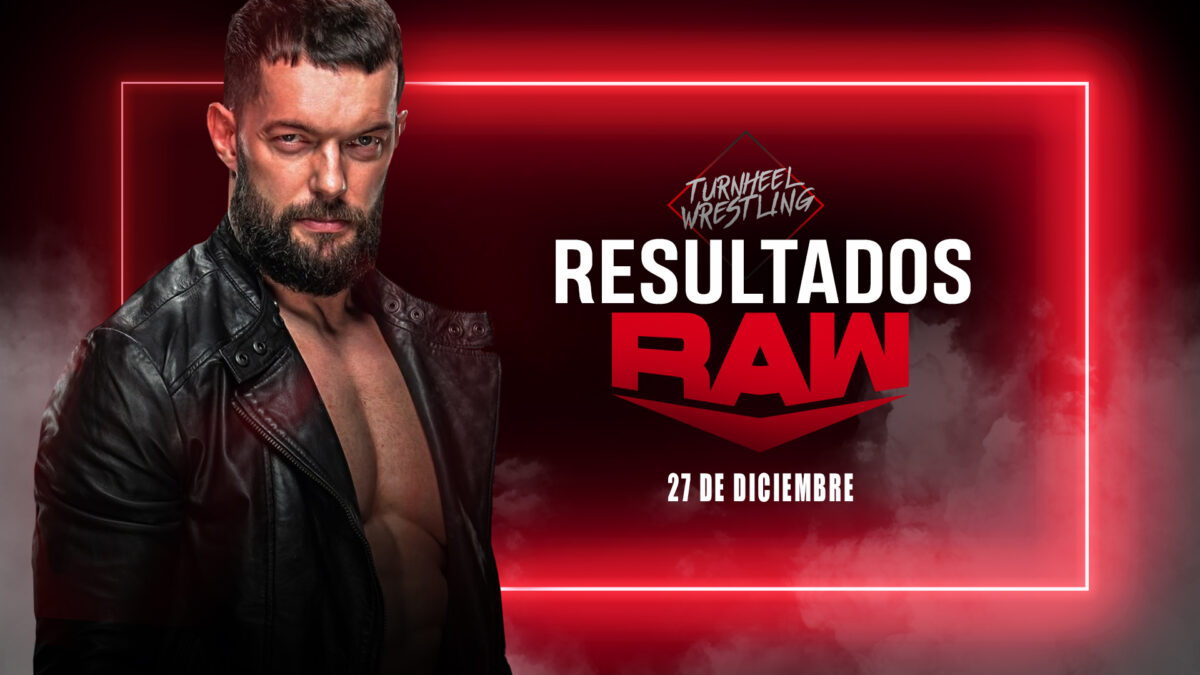 Tonight, WWE celebrates a new Raw show, and this time it will take place from Little Caesars Arena in Detroit, Michigan. In this program, Damian Priest will defend the United States Championship against Dolph Ziggler, in addition to several very interesting fights that you can consult in our previous. Next, we leave you the RAW results December 27.

Randy Orton and Riddle make an appearance to start with Monday Night Raw. Both claim that 2022 will be much better for them if they manage to retain the brand’s Tag Team Championships on Day 1. They are then interrupted by members of The Alpha Academy. Chad Gable claims that Otis will beat Orton tonight, but Riddle ignores his speech and challenges him to a singles match tonight, which is accepted.

The first fight of the night is one between Riddle against Chad Gable.

Next, Otis will face Randy Orton.

Kevin Owens is shown a video where Big E claims that he will be leaving Day 1 as the WWE Champion. ‘KO’ responds stating that this is his story of overcoming and with all his plans there will be no way that he will not come out with victory in the next pay-to-watch.

Dana Brooke and Reggie make their entrance to face Tamina and R-Truth.

Nikki ASH claims that she and Rhea Ripley have a great team connection. He then challenges Queen Zelina and Carmella to a rematch for the Women’s Tag Team Championships.

The Street Profits enter the ring to face Rey & Dominik Mysterio in the RK-Bro-Nament final.

The Miz scolds one of his workers for bringing him the wrong flowers for his vow renewal with Maryse. Next, he introduces Eric Bischoff, who will be at the ceremony later.

AJ Styles shows up to talk about what happened last week. He indicates that Omos told him that the next time they would see each other would be in a ring, but this one has not been presented until now. Then, Grayson Waller is seen from the audience, so he is invited to step into the ring. ‘The Phenomenal’ was explaining to the NXT member how things work on the main roster until he was interrupted by Apollo Crews and Commander Azeez. The latter proposes that Styles fight to show what he can do against a giant. Finally, Crews intervenes and indicates that he will fight him.

The next fight of the night will be one between AJ Styles against Apollo Crews.

Carmella makes it official that together with Queen Zelina they will defend the Women’s Couples Championships against Rhea Ripley and Nikki ASH In addition, she says that at some point Rhea will have to take over from Nikki, so, together with her partner, they will take advantage of that moment to retain titles.

Seth Rollins is shown in a pre-recorded video, where he states that he is ready to come out with victory and take the WWE Championship on Day 1.

Kevin Owens shows up to talk about his fight on Day 1 with the WWE Championship at stake. He is upset that he is the only one of his rivals present at the show tonight. Still, he explains his plan to go out with the PPV title, but is interrupted by MVP. He reads a message that Bobby Lashley sent to his cell phone, where he affirms that he will destroy everyone and will be the next WWE Champion. Then Cedric Alexander and Shelton Benjamin show up to intimidate Owens, but ‘KO’ claims they’re just trying to impress MVP to reform The Hurt Business.

Alexander heads to the ring, accompanied by MVP, to face Kevin Owens.

In the next fight, Damian Priest will expose the United States Championship against Dolph Ziggler.

Eric Bischoff shows up for vow renewal between The Miz and Maryse. They both enter the ring, and the ceremony takes place while the audience boo. Miz begins to speak in different languages, but is stopped by his wife. Finally, Maryse agrees to renew the vows and when Bischoff says if anyone stands in the way, Edge appears. ‘Rated R-Superstar’ states that he wants to humiliate his rival before their fight on Day 1. Then, the music of The Brood plays and a black liquid falls on the couple.

Thanks for reading our WWE Raw results, see you tomorrow at NXT 2.0!