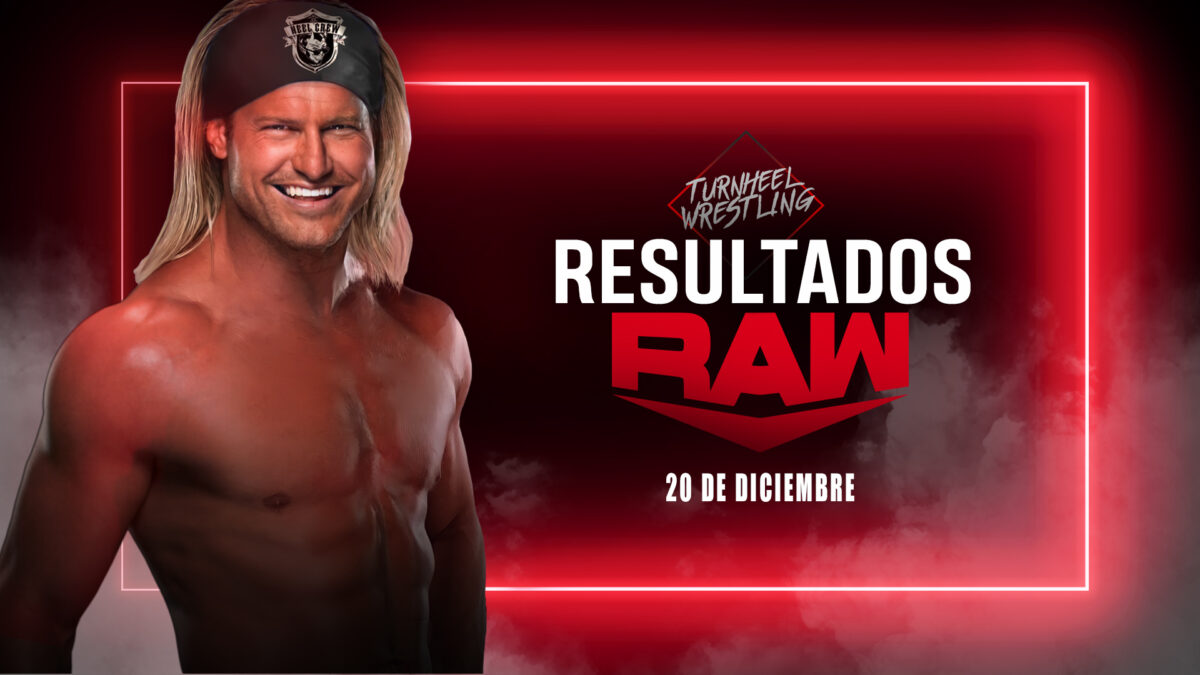 Tonight, WWE celebrates a new Raw show, and this time it will take place from the Fiserv Forum in Milwuakee, Wisconsin. In this program, Bobby Lashley will speak for the first time after getting into the fight for the WWE Championship on Day 1, in addition to several very interesting fights that you can consult in our previous. Next, we leave you the RAW results December 20.

Monday Night Raw begins with a video remembering how Bobby Lashley managed to be added to the fight for the WWE Championship on Day 1.

Bobby Lashley and MVP make an appearance. MVP begins to brag about what his client achieved last week until he is interrupted by Big E, who said he was cheated on the previous show. Lashley leaves MVP and the WWE Champion alone in the ring, but is attacked by Kevin Owens and Seth Rollins. Finally, ‘The All Mighty’ with the help of Big E manage to get their attackers out of the ring.

Sonya Deville and Adam Pearce tell Seth Rollins and Kevin Owens that they will team up tonight to fight Bobby Lashley and Big E.

Bianca Belair indicates that she will defeat Doudrop for the last time and will remain the ‘EST Of WWE’. Next, he enters the ring to face his opponent in the first match of the night.

Austin Theory ensures that Vince McMahon sees him as a future WWE Champion. Then, enter the ring to fight Finn Bálor.

The Miz tells Omos to be excited for a new edition of Miz TV. Then AJ Styles shows up and congratulates ‘The A-Lister’ on his outfit tonight. To end the segment, Styles affirms that tonight he will win the victory with Omos and they will once again be the brand’s Couples Champions.

AJ Styles and Omos present themselves to a new edition of Miz TV. The Miz tells the team that even though they were Tag Team Champions, they are currently going through various problems. Styles responds by indicating that he and his wife are also in a difficult situation. ‘The A-Lister’ prefers to avoid that topic and concentrates on talking to Omos. He says he sees a lot of potential in him, and that it took him less time to get to WWE, compared to Styles. Finally, Omos took the microphone to express himself, but was interrupted by Rey and Dominik Mysterio.

The next fight of the night will be one between Omos & AJ Styles against Rey & Dominik Mysterio.

Austin Theory pretends to knock on Vince McMahon’s door, but ultimately fails to do so.

Randy Orton heads to the ring to face Chad Gable,

Bobby Lashley tells MVP that he cannot trust Big E, and that if he tries to betray him in the match where they will team up later, he will pay dearly. Afterwards, MVP asks him if what he did at the beginning of the show when he left him alone with the WWE Champion was a strategy or did he attack. ‘The All Mighty’ prefers to avoid answering and sends MVP to bring him something to drink,

Tamina, R-Truth, and Akira Tozawa try to take the 24/7 Championship from Dana Brooke, but she is defended by Reggie.

Next, Damien Priest will face Dolph Ziggler in a Championship Contenders Match.

Austin Theory attacks Finn Bálor in the dressing room and then takes a selfie with him. Then, he goes to Vince’s office, and Vince tells him that he should fire him for not winning his match tonight, but that instead he will give him the opportunity to fight Bálor again next week.

Edge introduces Maryse in a new edition of The Cutting Edge. Maryse tells him, in a sentimental tone, that she just wants to be recognized for everything she does for The Miz and asks if he would treat his wife, Beth Phoenix, the same way. Edge doesn’t believe what he says and calls The Miz. The aforementioned appears quickly, and with the help of his wife he applies a Skull Crushing Finale to ‘Rated R-Superstar’.

Rhea Ripley and Queen Zelina will fight in the next match of the night.

Big E tells Bobby Lashley that he can trust him as long as MVP doesn’t join them in the ring tonight.

Liv Morgan shows up in the ring to present a video showing how, last weekend, she went to Becky Lynch’s gym to attack her with a kendo stick. After watching the footage, Morgan states that he will do everything he can to win the Women’s Championship on Day 1. Lynch then interrupts, but says that he will attack Morgan because he is carrying a kendo stick. Liv throws the stick so that ‘The Man’ dares to enter the ring, but still does not succeed and the Irish ends up retiring.

Big E and Bobby Lashley will team up to battle Kevin Owens and Seth Rollins in the main event of the night.

Thanks for reading our WWE Raw results, see you tomorrow at NXT 2.0!