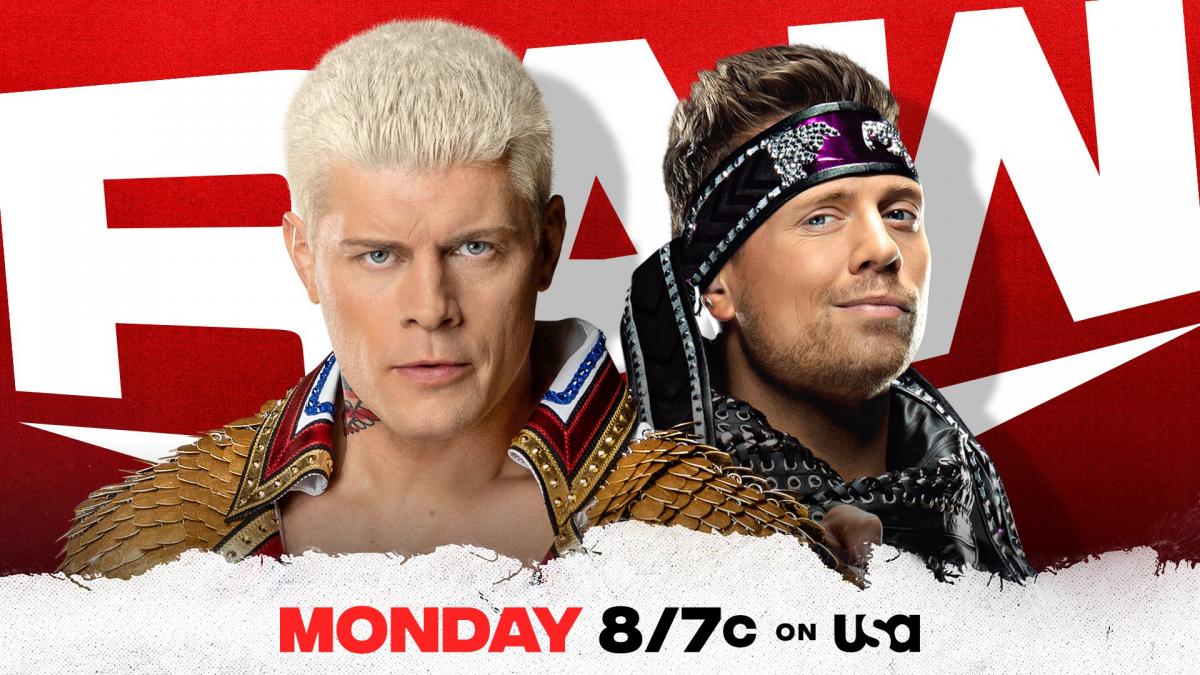 All the results of WWE RAW April 11.

Tonight, WWE celebrates a new RAW show, and this time it will take place from Little Caesars Arena in Detroit, Michigan. In this program, Cody Rhodes will fight for the first time on Monday Night RAW since 2016 and will do so against The Miz. In addition, Sasha Banks and Naomi will put the Women’s Tag Team Championship up for grabs against Liv Morgan and Rhea Ripley. You can check the complete preview of this episode of the red mark on our website. Next, we leave you the RAW results April 11.

The Miz kicks off with Monday Night Raw. It is presented in a new edition of Miz TV, which will feature Cody Rhodes special guest guest. ‘The American Nightmare’ makes clear his intentions to challenge for the Universal Undisputed Championship, while The Miz tells him that he will have to go a long and difficult way for that.

The Miz minimizes Rhodes’ victory against Seth Rollins, indicating that it was due to the surprise factor. Then, ‘The A-Lister’ claims Cody for the fact that his victory at WrestleMania 38 overshadowed his. Next, he emphasizes that everyone knows where Rhodes was during these 6 years outside the company, but now he is in WWE, The Miz show.

Cody affirms that he respects The Miz, but that he feels that he is treating him in a hostile way because he is afraid that he could beat him later. Then, the former WWE champion tries to attack Rhodes, but Rhodes dodges it and stays celebrating with the public in the middle of the ring.

Dominik Mysterio and Veer Mahaan will fight in the first match of the night.

After the match, Veer Mahaan stated, through a backstage interview, that he strikes fear into the hearts of everyone in the company.

AJ Styles and Damian Priest have an exchange of blows backstage until they are separated by various referees. Next, both appear to face each other in the next fight of the night.

AJ Styles is interviewed in locker rooms. He blames Edge for what happened in the fight and claims to finish him off when he gets his hands on him.

Cody Rhodes enters the ring to face The Miz, in what will be his first fight on Monday Night Raw in 7 years. Seth Rollins will be at the commentary table during this contest.

They present Tommaso Ciampa as a new member of the Monday Night Raw roster. Next, Ezekiel appears to welcome him. Kevin Owens interrupts to tell Ciampa that Ezekiel is Elías, but Ciampa doesn’t believe him.

Bobby Lashley shows up for the VIP Lounge segment that MVP will have with Omos. He remembers that he was going to celebrate the victory with MVP last week, but unfortunately he was betrayed by someone he calls ‘the only person he trusted’.

Next, MVP and Omos make an appearance. Lashley invites them into the ring so he can attack them, but MVP says there won’t be an official fight until Omos’ conditions are set. Then, MVP indicates that he betrayed Lashley after he left him aside when he returned on the way to WrestleMania 38. He affirms that if it were not for him, ‘The All Mighty’ would not have achieved anything of great relevance, as in the entire career of the.

Lashley says that MVP was going to retire when he returned to WWE, but that he didn’t because he saw that he could make money if he managed it. He then states that he doesn’t care what he may go through now, and that he will once again beat Omos to become MVP.

Adam Pearce and Sonya Deville tell the man now known as Theory that he will fight next week for the United States Championship against Finn Bálor.

Kevin Owens calls out Adam Pearce and Sonya Deville for making him fight an injured Steve Austin, but now he doesn’t want to focus on that as he just wants to prove that Ezekiel is Elias.

Deville tells Pearce that she already has a guaranteed opponent to challenge Bianca Belair’s first opponent with the Raw Women’s Championship on the line.

The next match of the night will see Bianca Belair take on Queen Zelina.

Sonya Deville appears after the fight to congratulate Belair. Then, she indicates that different fighters on the roster deserve the opportunity to challenge for her title. Bianca says that she is not afraid of who she may be as her first opponent for the Raw Women’s Championship so she signs the match contract not knowing who her opponent will be. Finally, Sonya attacks Bianca and reveals herself as the next challenger.

Dana Brooke and Tamina discuss their agreement not to attack each other while celebrating their bachelorette party. Humberto and Ángel show up to give the fiancees a kiss on the cheek. Later, Nikki ASH distracts Brooke to hit a Roll Up and try to get the 24/7 Championship, but Tamina breaks the count.

Tamina slides Nikki ASH on the bar counter. When she was going to continue with the punishment, R-Truth appears to ask for a truce due to the special occasion they were celebrating. Then, he announces that he has a license to formalize marriages, thus indicating that he will perform a double wedding for both couples next week on Monday Night Raw.

American Alpha make an appearance. Gable says that he will not allow there to be a unification of the Tag Team Championships if he and Otis are not present. He then claims that they didn’t walk away with the tag team gold at WrestleMania 38 because of Gable Steveson. Next, they enter the ring to face RK-Bro.

The Usos enter the Monday Night Raw venue, after RK-Bro’s victory. Jey and Jimmy Uso challenge Orton and Riddle to a unification match for the Raw and SmackDown Tag Team Championships. Immediately afterwards, The Street Profits interrupt, to remember that they were going to fight against RK-Bro at WrestleMania 38, but American Alpha turned the fight into a Triple Threat match.

Montez Ford claims that he and Angelo Dawkins will become the new Raw Tag Team Champions and unify the titles against The Usos. Both teams have a confrontation in the middle of the ring, so Randy Orton makes it official that The Street Profits fight against Jey and Jimmy Uso in the main event of the show.

Thanks for reading our WWE RAW April 11 results, see you tomorrow on NXT 2.0!