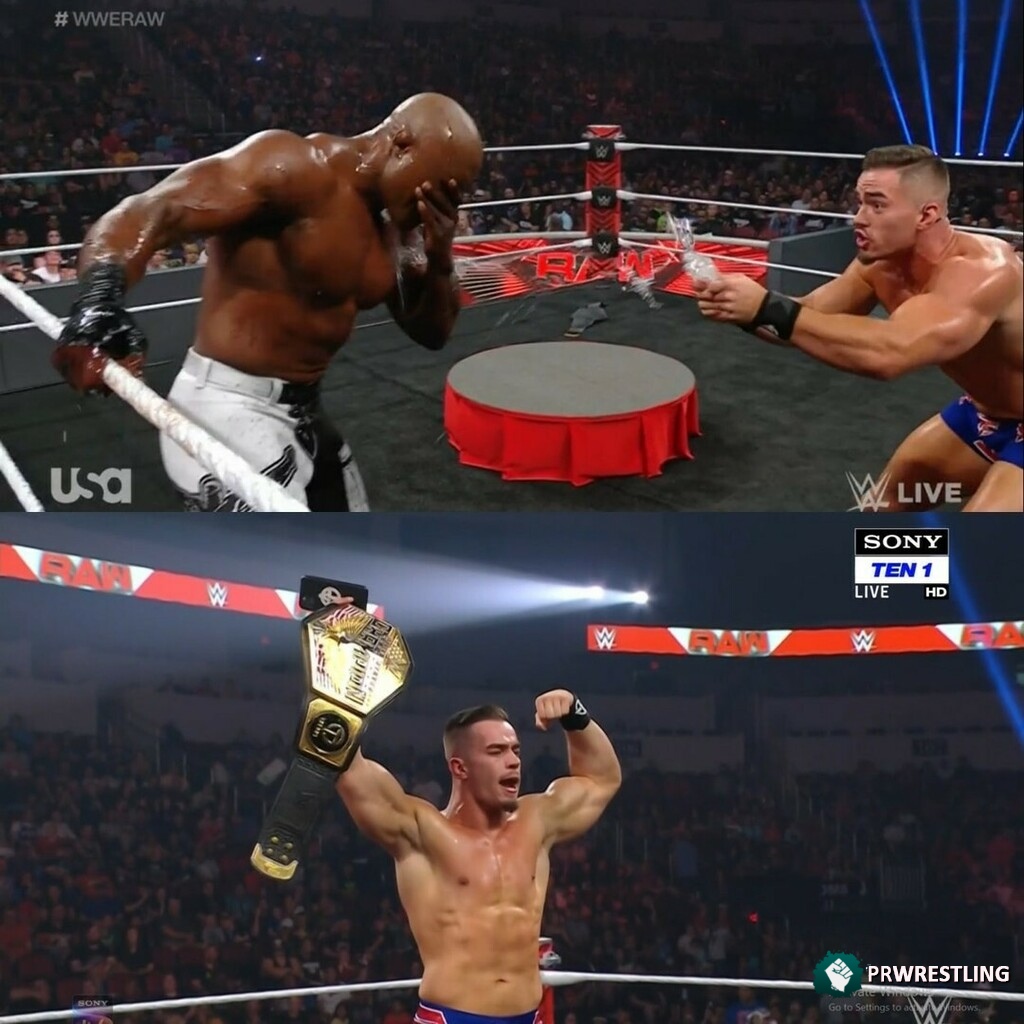 Raw begins with Miz TV with Paul Heyman. Heyman went to WWE management and proposed to raise the stakes of the Reigns vs. Riddle match even further. Riddle interrupted.


Heyman laid out the stipulation: If Riddle doesn’t beat Reigns on Friday, he won’t get another title shot as long as Reigns is the champion.

“No matter what the percentage rate has been in the past, when the champion is @WWERomanReignsthat percentage rate goes down to ZERO.” – @HeymanHustle #WWERaw pic.twitter.com/QLYZaZGWZL

Interview with Seth Rollins – He said that Cody Rhodes was a virus. Rollins felt no remorse, he felt pride. The American Nightmare was over and Monday Night Rollins was back.

Rollins said that Styles was not at his level. If Styles wanted to get in his way, he could face the same fate as Rhodes. Rollins laughed like a fool until Styles stormed in and knocked him down.

24/7 Championship: Dana Brooke vs. Becky Lynch doesn’t happen. Lynch attacked Brooke before the bell rang. Lynch never said this about Brooke’s little 24/7 championship and told her, “You can keep that.”

She was about to attack Brooke again, but Asuka saved her.

Ezekiel defeated Kevin Owens by countout when Owens fell out of the ring and yelled at the announcers about Elias. He was so furious that he jumped on the commentary table and got scared. That led to a count.

Ezekiel then said that he was not done with Owens and that Elias would return to Raw the next week.

Bianca Belair / Judgment Day In-Ring Interview – Ripley was on the big screen with Priest and Balor and says she plans to exit MITB as a two-time champion.

Pearce explained the rules. They each had to strike three poses: double biceps, side chest, and more muscular. Theory tried to take over the segment, but Pearce told him to start posing or he would be disqualified. Theory made the pose for him and Lashley clapped sarcastically.
Theory asked the crowd to cheer for the winner and they cheered for Lashley.

Theory responded by spraying baby oil on Lashley’s face and eyes. Theory kicked him out of the ring and posed with his title while the referees checked on Lashley. This is how Raw ends.