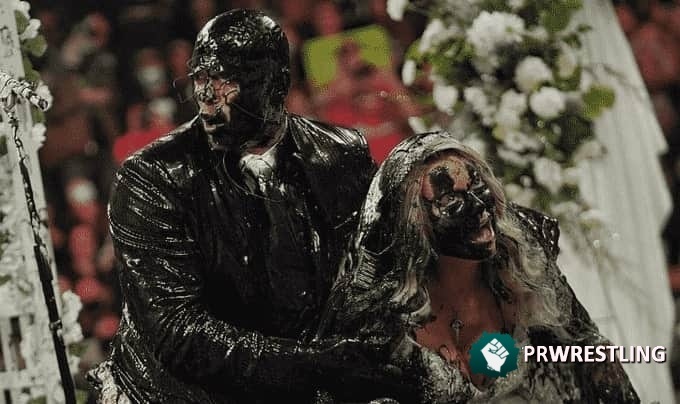 WWE Raw was held with several stars absent due to the COVID situation.

Randy Orton and Riddle leave. They talk about recent events and were interrupted by Chad Gable and Otis. This leads to:

Kevin Patrick interviewed Kevin Owens. Patrick relayed a message that Big E sent (via cell phone video) where he talked about the importance of being the champion and why he would retain the title on Day 1. Owens mocked Big E for saying how much it meant to be there. every week except this week as he is not present.

AJ Styles comes out wondered where Omos was and wondered if he was afraid of living up to his expectations. Styles noticed Grayson Waller in the front row. Styles introduced him to the WWE audience. Waller thought he would visit Styles on Raw after he was visited on NXT. Styles said this is where the stars were made, but Waller wasn’t a star. Styles offered to show her around and offered to give her a phenomenal forearm so she could count the lights.

Apollo and Commander Azeez challenge him to a fight.

After the match, Styles dropped Azeez with a phenomenal forearm.

They broadcast a video of Seth Rollins made from his home talking about Day 1.

Dolph Ziggler defeated Damian Priest via DQ when Priest hit Ziggler in the corner and the referee called for a DQ because he did not stop after a count of five.

After the match, Priest threw Ziggler over the barricade and attacked him.

Miz & Maryse renew their wedding vows with officiant Eric Bischoff. The segment ends with Edge interrupting and telling them that the wedding is not white. The music of the Brood plays and black liquid falls on Miz and Maryse, thus ending the show.