Since PLANET WRESTLING, WWE website, one more live night of spectacular WWE RAW. In addition to informing you and always updating all the WWE resultslike every Monday we bring you closer the best coverage and live results of WWE RAW. We are going to narrate you live and enjoy together the entire red brand event today July 18.

THE GLOBAL AMBASSADOR IS HERE!

As every Monday we bring you the minute by minute of what happens in the red mark show, and tonight the one in charge of receiving the public will be nothing more and nothing less than the WWE Global Ambassador and Winner of the Warrior Award 2020 Titus O Neil. In his speech he pointed out that WWE is the place to feel safe where your economic situation, your nationality or where you come from does not matter. The important thing is to have a good time AND THAT IS JUST WHAT WE ARE GOING TO DO! Welcome to Monday Night Raw. 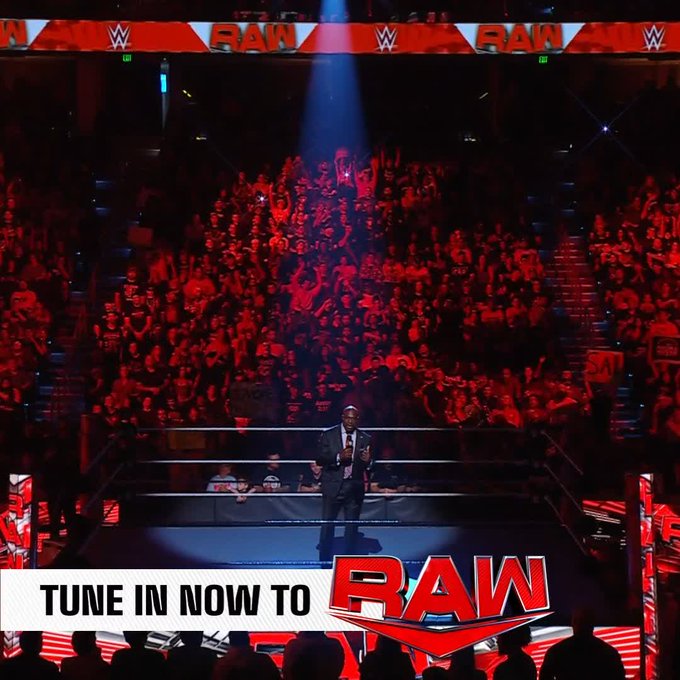 THE FIRST SHOW OF THE NIGHT BEGINS!

Before this match was made official, The Man Becky Lynch came out on stage to see who her opponent would be at the biggest event of the summer. So she decided that the winner of the battle between these two super athletes will be the one she will face at SummerSlam. Not to mention that after what happened last week the fight will have certain rules. The championship can change hands by Pinfall, Submission or Count Out.

IT WILL BE BIANCA VS BECKY! It is official on July 30 the champion will defend her medal against The Man, the contest she had with Carmella she won with authority after multiple punishments, she left her opponent out of action and thus won the triumph. Becky approached to give her the title and then force the champion to pick it up …

IT HAS BEEN RETURNED!

We would have the return of KO to WWE RAW, his guest tonight for his talk show would be one of the members of the RKBRO’S, that’s Matt Riddle. There were many statements and emotions in this segment but everything exploded when Seth FREAKIN Rollins brutally attacked Matt to collect the RKO from a few weeks ago. Behind the scenes Seth stated the following; Riddle is so *** do that he thought Randy Orton cared about him….

WILL HE BE ABLE TO LEAVE HIS FATHER?

Right now The Archer of Infamy will have a one-on-one with the Mexican legend. Previously The Judgment Day offered Dominik to join his faction and now before starting the confrontation Damian sent a message to the son of the King of 619; “We have seen the look in your eyes. We KNOW you’re just waiting to leave your father. Well, do it. He is stifling your potential. Let us remind you of what happened the last time a legend tried to suffocate us.”

“@DomMysterio35, we’ve seen the look in your eyes. We KNOW you’re just waiting to drop your father. Well do it, stop letting him hold you back. He’s stifling your potential. Let us remind you what happened the last time some legend tried to stifle us.”
@ArcherofInfamy #WWERaw https://t.co/3fnnAmAuCA 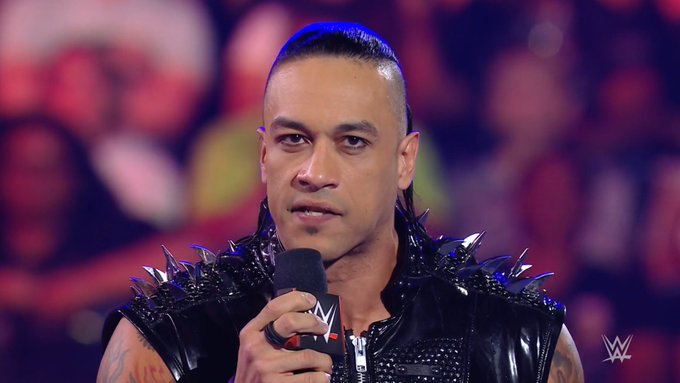 IT’S ALL!, For the second consecutive week Rey & Dominik are once again victims of Judgment Day. At the end of the meeting, Balor and Priest began to brutally punish Rey, Dominik tried to stop them with an answer that would finally give them the yes to be part of their faction, however, the Puerto Rican made it clear that things do not work that way … 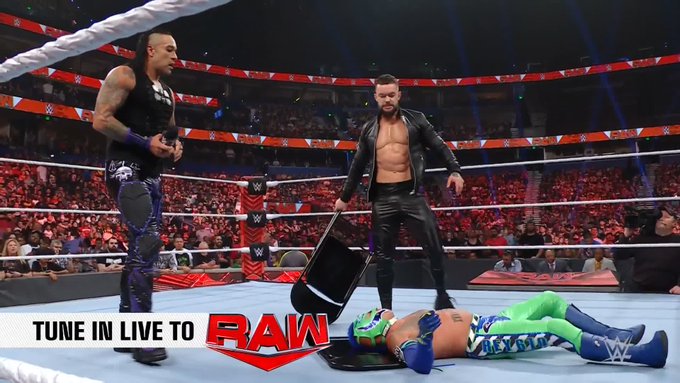 The Architect will have a heads up against Elias’s younger brother, this will be a great test for Ezekiel as Rollins is a rival with a hierarchy within WWE. Ezekiel has had great participations and good contests, so it is expected that this duel will not be the exception. Seth sees this as a warm-up before facing Riddle at SummerSlam. 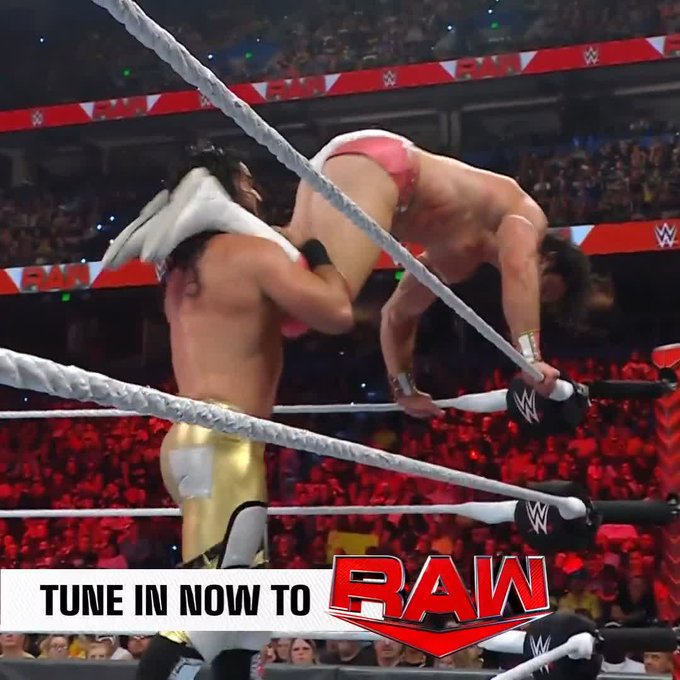 HE IS MORE THAN READY! Rollins easily defeated Ezekiel and has struck a blow of authority against Matt Riddle. The combat was very dynamic, Elias’s younger brother showed himself to be at the height of the Architect on multiple occasions, he took the reins of the combat, however, Rollins was better this time. 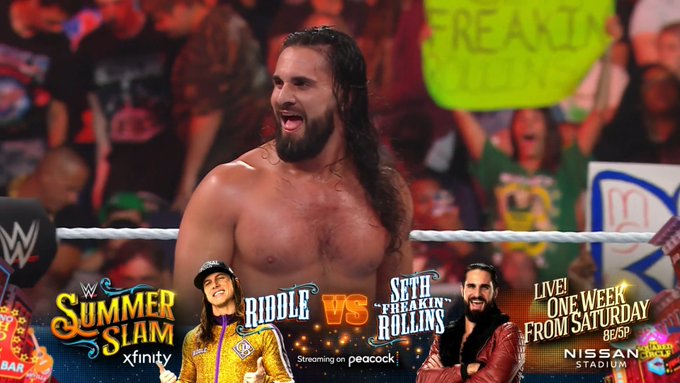 THE STREET PROFITS VS OMOS & MVP

A duel between Angelo and Omos had previously been agreed, however Adam Pearce came into action to demonstrate his power and turned the confrontation into a two against two. MVP did not have time to remove the formal clothing and with the suit that he is wearing he will be disputing a heads up against Dawkins & Montez Ford … 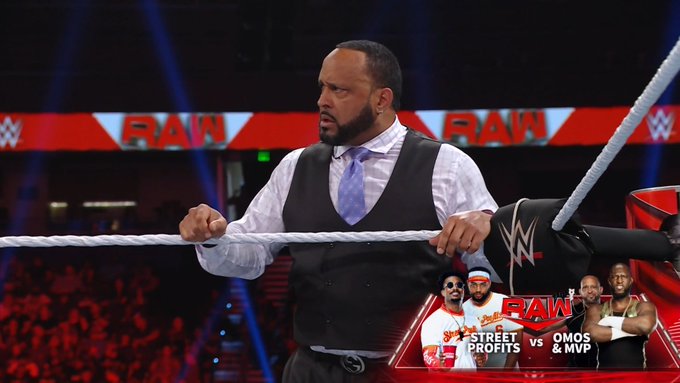 It all ended in DQ. When it seemed that The Street Profits would rise to victory, their rivals appeared and the current unified champions (THE USOS) attacked Angelo & Montez from behind, Jimmy & Jey did not waste the opportunity to brutally punish their SummerSlam rivals. 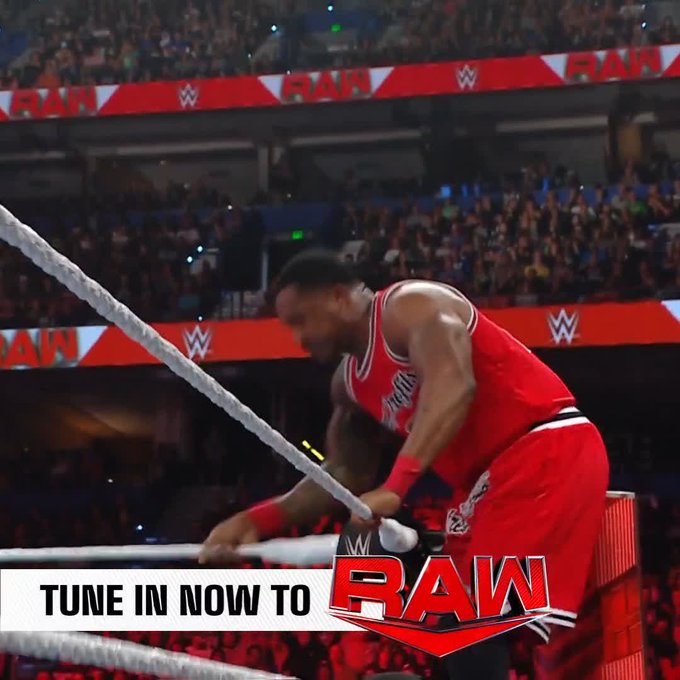 Thank you for sharing your time and enjoying this passion with PLANET WRESTLING. The best wrestling and wrestling information in Spanish, interviews, videos, coverage and live monitoring. Do not forget that you can directly access all WWE news and of next WWE SUMMERSLAM PPV.