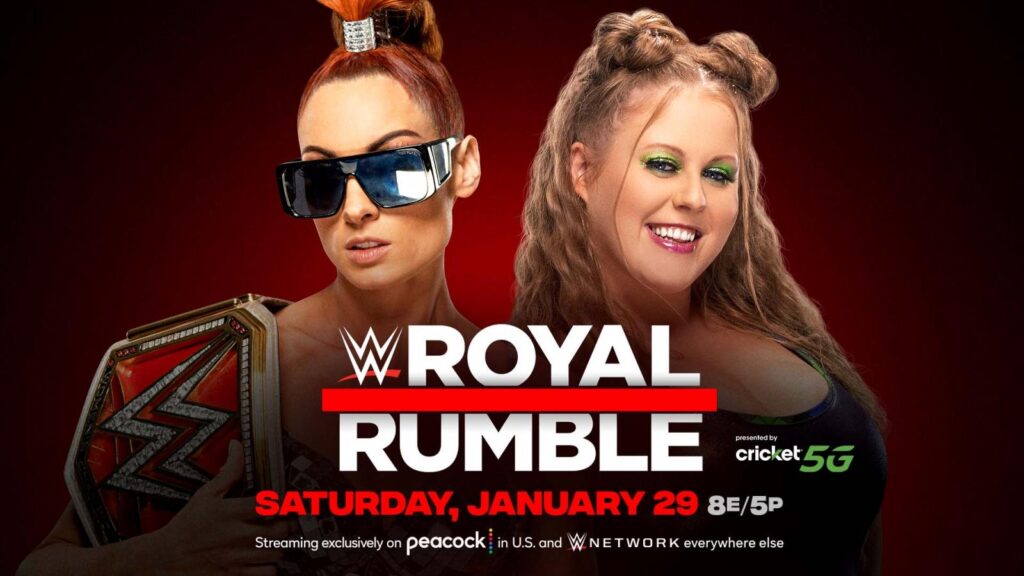 In addition to informing you and always updating all the WWE results, as every Monday we bring you closer the best coverage and live results from WWE RAW. We are going to tell you live and enjoy together the entire red mark event today, January 10, 2022.

THE BEAST IS IN THE HOUSE!

We have in the foreground Brock who has a lot to say after what happened on Smackdown, the champion must have a calm mind because in the Royal Rumble he will defend his medal against a man who has had a remarkable role in recent years, he would not take long to arrive Lashley on stage to confront his next rival and with these words the champion would close: “It is impossible to beat Brock Lesnar And it’s even more impossible to bear Brock Lesnar when you’re a Brock Lesnar wannabe! ”

We will have a heads-up between two of the pairs that have been standing out lately in the pairs division, not only is it a fight for the titles in pairs but also the pride and ego of both teams will be on the sidelines within this confrontation.

THE STREAM IS OVER !, After so many weeks trying to get an opportunity like this, Alpha Academy achieved what it promised and proclaimed themselves as the new champions of the tag team division, the duel provided a great show in which both teams showed their best arsenal however tonight the victory smiled at the challengers and now new champions.

WE WILL HAVE A TEAM MATCH TAG!

Tonight we will see two feuds in a single ring, however both sides seek to cause the maximum possible pain to their rival to knock him out of combat and win.

Tonight they will celebrate in a big way the team led by Ziggler showed formidable courage and were able to counteract every strategy planned by the champion and tonight The Archer of Infamy has a very bitter taste in his mouth with the Street Prophets.

We would see the Architect on stage to point out that he would be the winner in the fight he has against Roman Reigns in Royal Rumble, however the former champion of the brand (BIG E) arrived in the arena to face Rollins face to face and point out that he himself has put his name on this year’s Royal Battle.

WHAT A COMBAT! We witnessed a great fight and tonight will be very fruitful for Seth because it is a very important victory towards the Royal Battle, this result will be of great emotional impact for Rollins, however Big E showed great maneuvers but did not succeed tonight. get victory.

We would see Nikki ASH with her partner Rhea Ripley, however, both were looking for the way to the title of the women’s division, so Ripley, seeing the situation, pointed out the following: “It is time to say goodbye Nikki” moments later it seemed that both would accept it but in the last fist clash Nikki attacked her former partner to make it clear that superheroines don’t need friends …

OMOS SEEKS DESTRUCTION IN HIS PASSAGE!

We would see the Giant going into action, however we would see a boy with a not very big build to which OMOS defeated him in a lightning way.

We will have a heads-up between the young man protected by Vince and The Phenomenal One, without a doubt, it will be a fight that cannot lose track as we have great superstars on the string.

Styles almost achieved it when he was going to apply the phenomenal forearm to be attacked by Grayson Waller. Austin takes a photo with AJ on the ground but Waller is distracted and AJ fights back in the end Waller escapes the scene. Moments later they report that Waller will have a heads up with Styles tomorrow in NXT 2.0

THERE IS AN OPPORTUNITY!

We will have a triple threat, for a starting opportunity, tonight the three contenders for the title will seek to consecrate themselves with victory to try to conquer the top where THE MAN currently stands.

CLOSED WITH EVERYTHING ME! There was a very intense combat tonight, Doudrop becomes an official, will have an opportunity to face Becky at the Royal Rumble, it is worth mentioning that in this duel we saw everything, aerial maneuvers against braces and much more but what stood out the most is that THE MAN was going to congratulate Doudrop for his achievement when he decided to slap her in a very humiliating way, this will heat up the fight more than it already was.

With this we conclude tonight of WWE RAW, thank you for giving us a few minutes of your time.