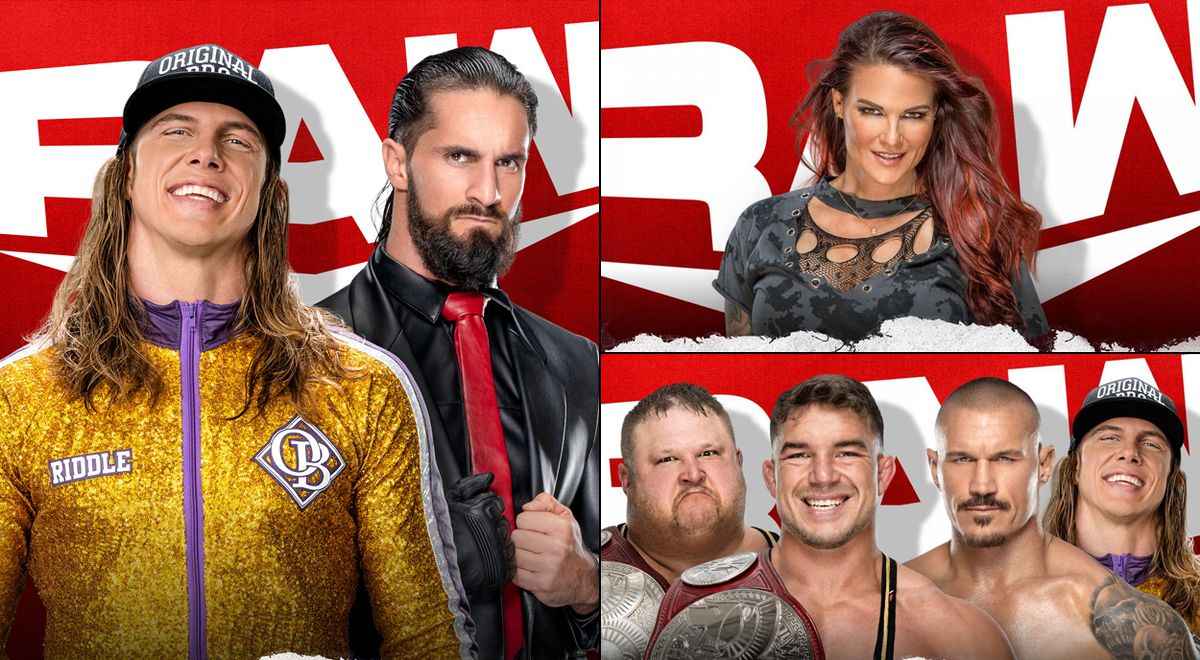 WWE Monday Night Raw will take place LIVE Y FREE ONLINE TODAYMonday, February 7, from the Ball Arena in Denver one week after the Royal Rumble 2022. The broadcast of the wrestling show will be LIVE online via Fox Sport 2 starting at 8:00 pm (Peruvian time). Incidents with photos and videos will be available through The Sports Republic.

Belair connects his finishing move and knocks out Nikki ASH.

Nikki lashes out at Bianca with straight right hands, but the latter reacts and uses her physical might to hurt her.

Dominik surprises the Miz with a Schoolboy and wins.

Miz goes to attack Dominik, but now it is Rey Mysterio who cheats while the referee does not see it.

Dominik almost makes his 619 on the Miz, but Maryse helps the latter.

Dominik Mysterio is measured with The Miz.

Gable surprises Dawkins with an Ankle Lock followed by a Roll-up and the count reaches three.

Otis finishes off Ford with his powerful Bombazo.

The Street Profits take on Alpha Academy in an unofficial match.

Randy Orton and Riddle win the contest and earn a shot at the RAW Tag Team Championships.

Alpha Academy and RK-Bro perform the last of their tests for a chance at the tag team titles.

Monday Night Raw began with images from the previous chapter.

The next WWE event is Elimination Chamber and it will take place next Saturday, February 19 in Saudi Arabia, so there are already several confirmed fights. Bobby Lashley will defend the world championship against five challengers and one of them will be Brock Lesnar. However, there will also be AJ Styles, Seth Rollins, Riddle and Austin Theory.

Lita was one of the figures of the Women’s Royal Rumble, but could not win. However, she reappeared on the previous episode of Raw and faced becky lynch. Not only that, he challenged her for the brand title for the Elimination Chamber event and The Man accepted. Tonight he will be present again in the ring.

YOU CAN SEE: WWE: this is how the Elimination Chamber 2022 billboard goes

Alpha Academy and RK-Bro will continue their rivalry, so their meeting for Elimination Chamber 2022 will probably be confirmed. Today they will have a knowledge duel again, the last in this kind of contest. Randy Orton and Riddle already know which foot Chad Gable and Otis are limping on. If they win, they would have a new opportunity for the belts in pairs.

The place where the WWE Monday Night RAW It is in the Ball Arena, located in the city of Denver, state of Colorado, United States.