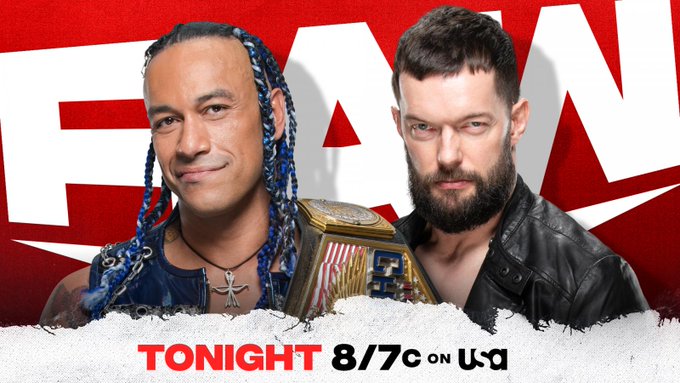 In addition to always informing you and updating all the WWE resultslike every Monday we bring you closer the best coverage and live results of WWE RAW. We are going to narrate you live and enjoy together all red mark event today february 28.

Kevin Owens is in charge of starting another edition of the red brand show, however we would see Kevin enter with a cowboy hat. Will it be a form of mockery towards Brock Lesnar?…

The guests of the KO SHOW will be nothing more and nothing less than the Tag Team Champions (Alpha Academy), Rollins and Kevin were very interested in the titles since KO pointed out that nothing will distract them from becoming the new champions of the tag team division … After much talk, the first match of the night is agreed.

Both duos will seek to win, as KO already indicated, they will seek to snatch the titles from Otis and Gable because they are “THE BEST” of the company and tonight they will have the opportunity to analyze their future rivals …

It’s over!, defeat revisits the champions in pairs. After a contest full of intensity by both dumbbells, the winners tonight are Rollins & Owens, simply seeing the two best friends inside the ring is a visual delight for the entire public, could we be seeing the next champions of the division in pairs?

DUEL OF THE TITANS!

We will see how two colossi collide within the carding, on the one hand we had not had T-Bar in such a stellar plane, however tonight he returns to action and will seek to put an end to Omos’ good streak, of course if he allows him to enter to the ring…

SOMEONE STOP HIM! Omos has easily defeated T Bar, and so far no one has shown the ability to pin the Giant.

We will have a combat full of Warriors, figures such as; Doudrop, Nikki ASH & Brand Champion Becky Lynch “The Man” representing Team Becks. On the other hand we have the team led by Bianca Belair, which is made up of; Rhea Ripley, Liv Morgan & Bianca next…

HE STAYED WITH THE MARK!, After having attacked Bianca Belair’s hair throughout the fight, The Man would take war marks on his abdominal part after receiving a whiplash from Belair’s hair. The contest was generally good, however the Champion was unable to lead her team to victory.

What surprised the public the most tonight is that Ciampa would arrive on the platform with a new musical theme to face his rival’s partner, it is dangerous for Ziggler to be near the ring, we will see what happens …

THEY WERE COMMENTED! the match ended by disqualification, Ziggler interfered in the match and in this way the match between Ciampa and Roode concluded, however the punishment for Tommaso did not stop there since both attacked the NXT star to make it clear that he will not be able to win tomorrow on NXT 2.0…