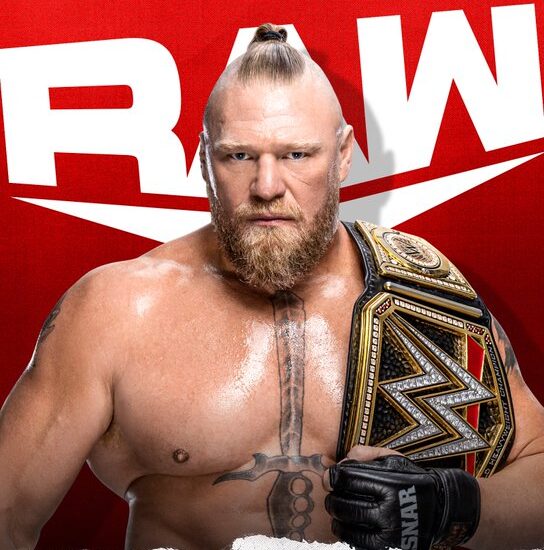 In addition to informing you and always updating all the WWE resultslike every Monday we bring you closer the best coverage and live results of WWE RAW. We are going to narrate you live and enjoy together all red mark event today february 21.

The CHAMPION CELEBRATES HIS NEW REIGN WITH THE PEOPLE!

Brock Lesnar is the first to arrive on the scene and what better than doing it like a true warrior, we would notice Lesnar next to a fan, giving him a greeting and approaching to touch the title

The time has come to ruin the celebration, when the champion was very happy, his former director and manager Paul Heyman arrived to point out that before he can have a fight with Roman Reigns he must defend the title at MSG and all this will have a date on March 5 of the current year. However, the Beast did not care about Heyman’s stipulation and announcement because he closed the discussion with the following sentence; “Who has the Title, and who will be present on Friday at Smackdown, that’s BROOOOOCK LESNAAAR”…

THE CHAMPIONS RULE! After having suffered previous defeats in the academic section, tonight the losing streak is broken because after a brutal contest The Alpha Academy celebrates because they defeated the Street Profits…

Tonight we will see how an enmity has grown with very little time, we know that things between Ziggler and Ciampa have not gone entirely well, however, apart from having a fight right now, a fight has been scheduled for tomorrow in WWE NXT 2.0 between Dolph and Tommaso. On the other hand, we see “The Prince” again, who will seek to support his partner at all costs, next…

WHAT A FIGHT! After a great exhibition within the stringing, the winners of the fight are nothing more and nothing less than Ciampa and Finn, both showed great teamwork which completely surpassed Roode and Ziggler and tonight the men who came from NXT worked together for a common good.

LOGAN PAUL WILL BE THE MIZ’S PARTNER!

After so many weeks with the suspense and intrigue of who would be Miz’s partner in the company’s biggest event, today it was finally revealed that the Influencer Logan Paul would be pairing up with the only fighter to get the Double Grand Slam of the brand.

DOMINIK IS PUNISHED! After the announcement was made, it would not take long for the Mysterios to enter, The Miz called Logan Paul to appear after the arrival of both teams on stage, it is scheduled that The Miz and Paul will team up to face each other to the Mysterios in The v} Showcase of the Immortals. After this, as soon as Dominik was distracted, Paul took advantage and in tribute to The Miz he applied his famous Skull Crushing Finale.

WE START WITH THE WOMEN’S DIVISION!

We will once again have a hand in hand between these former companions who have shown that they are doing better in solo mode, the Living Nightmare has been very active this week in both physical and fighting work and again Nikki has a difficult test …

THE NIGHTMARE HAS RETURNED! For weeks Rhea has become Nikki’s headache since in previous editions she has also not managed to win and tonight has not been the exception either, Ripley in a forceful and fast way defeats who It was his former partner…

Next we will have a heads up between the Champion and one of the former members of HURT BUSINESS, we know that Shelton does not arrive unaccompanied as Cedric Alexander himself now accompanies him to support him at all times…

IT’S ALL!, after defeating Shelton the Champion launched an open challenge for whoever had the courage to face him, and everything was silent until Finn Balor arrived to answer the challenge and now has the Scepter of the Lord in his sights. puerto rican

HE CHEATED HIM AGAIN!

Reggie would come out to apologize for what happened with Brooke on February 14, however she did not miss the opportunity to become the 24/7 Champion again, however Reggie was not hurt at all because it could be said that he won tonight for receiving a kiss from dana brooke

Bianca was giving her promo of what it had been like to be the winner in the Elimination Chamber, however the Champion would not let her camp at ease, as she pointed out the following as soon as she entered the ring; “The only reason you were able to main event WrestleMania was because I did it FIRST!” a direct blow to Belair, but this did not end here because the challenger’s response was as follows; “You could have done it first… but I did it better!”

“The only reason you were able to main event #Wrestlemania was because I did it FIRST!”

After saying everything they thought about each other, we would have a match between Bianca VS Doudrop, Double D has become one of the most feared women in the division due to the brute force she uses on her opponents and tonight she wanted to show her the same! Bianca, however, the winner of the Elimination Chamber with gigantic power, loaded Doudrop on her shoulders, punishing the entire part of the chest, leaving her out of action.

THE R-GRADE SUPERSTAR IS BACK!

Edge returns to WWE RAW and we see a metal chair in the ring, remembering those promos that gave you goosebumps, it is simply very pleasing for the entire WWE Universe to have him again in a Lucha Libre ring.

“I still dream of walking down that aisle at #WrestleMania, soaking up all that energy you give me so I can be 𝒑𝒉𝒆𝒏𝒐𝒎𝒆𝒏𝒂𝒍.” Between these phrases they kept the public on the edge of their seat, we will be ready to see who will accept the challenge of EDGE without a doubt “The Greatest Opportunist” will do magic in the most important event of the year.

.@EdgeRatedR has thrown down the gauntlet for #Wrestlemania. Who’s going to step up and take the challenge? #WWERaw pic.twitter.com/jLTbaf7qe4

Tonight we will have great references of the moment in the Tag Team division, and now both dumbbells will put everything on the table since neither plans to give in, Riddle and Orton start very aggressive looking to end this soon. It will be a fight full of violence and high caliber maneuvers.

THEY DID IT!, they are getting closer to their goal, Rollins and Owens will be added to the Fight for the Titles in pairs that will have a date in two weeks on the red mark, Riddle & Randy each time show a level out of series but the coordination of the “Best Friends” has been destructive, they have had a perfect pass within the division and their goal will be the tag team titles…