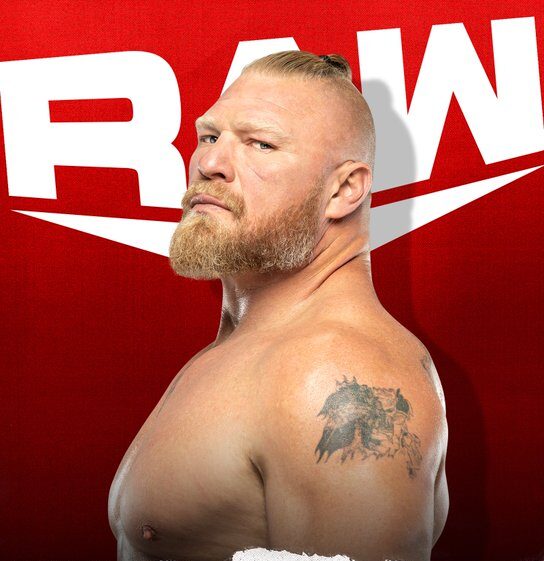 In addition to informing you and always updating all the WWE resultslike every Monday we bring you closer the best coverage and live results of WWE RAW. We are going to narrate you live and enjoy together the entire red mark event today February 14.

THE CHAMPION INAUGURATES THIS EDITION OF THE RED BRAND!

In this way The Almighty makes his entrance accompanied by MVP, the public was silent to listen to the words of the absolute Champion of the brand; “All those who have come close to the Almighty have been destroyed” making it clear that he intends to do the same with Lesnar …

Anyone stepping up to The All Mighty? “I HAVE DESTROYED EVERY SINGLE ONE OF THEM.”@fightbobby #WWERaw pic.twitter.com/eCBPSB6TJe

Seth Rollins arrived on the scene, as always in an elegant way and with his charismatic dance that he performs as soon as he steps into the ring, soon more superstars began to arrive like; Austin Theory, Matt Riddle (who arrived in a toga) and even Aj Styles, it all seemed that everyone was looking for an opportunity against Lashley, however Cowboy Brock bequeathed to stand firmly against Bobby, Theory did not know how to contain himself and made the Beast Incarnate angry which led to an F5, with a selfie included.

At the comment table we will see a benchmark of the brand that seeks to revolutionize Wrestling, Tommaso Ciampa is present at the comment table, it should be remembered that he could be here because of what happened previously with Ziggler in NXT below …

THE STREET PROPHETS ARE THE WINNERS! With their classic fighting style and with a little help from Ciampa, the Prophets were able to win, however Tommaso did not hesitate for a second to attack Ziggler, however Dolph responded in a way iconic remembering the “Heartbreaker”, however they could not take the victory.

IT’S TIME FOR THE HEADLINE COMBAT!

DAMIAN PRIEST (C) VS AJ STYLES FOR THE US TITLE.

We will once again have a hand in hand between the most phenomenal fighter of the moment and the man who has given a new image to the American title, and tonight he will seek to increase his days as champion but Styles has shown that he can defeat the champion and tonight he will put everything on the grill to become the new champion …

THE GENTLEMEN ACCEPT THE DEFEAT!, Damian Priest defeated Styles with great authority tonight, however AJ’s actions show why he is considered the most phenomenal in the company, at the end of the fight Styles approached the still champion to show him his respect After a fight full of power…

SOMEONE STOP THE GIANT!, Omos again does an exceptional job to get the victory with him you don’t need quantity since he managed to defeat Cedric & Shelton in the blink of an eye showing what he is capable of.

THE MAN arrives at the red mark to sign the contract where she will face one of the most extreme women, that is how Lita will be in charge of facing the champion in the Elimination Chamber, however she had some comments saved for Becky; “The only thing that ends on Saturday night is your 500 day title reign when I become the WWE RAW Women’s Champion!”

“The only thing ending on Saturday night is your 500 day title reign when I become #WWERaw Women’s Champion!”@AmyDumas pic.twitter.com/LRXv86Oygi

WE WILL HAVE A GAUNTLET MATCH!

NIKKI ASH VS RHEA RIPLEY (AT THE MOMENT)

The former partners and champions of the brand will be involved in a Gauntlet Match, let’s remember that if any of those who are inside the string is defeated, another fighter can enter to replace her so that they continue with a totally different duel.

The winner will enter the Women’s Elimination Chamber Match last this Saturday at #WWEChamber! pic.twitter.com/J0k8Fn4wMU

THEY DEFEAT THE SUPER HEROINE! The Living Nightmare manages to defeat her former partner, therefore she will have to face the next rival who will be nothing more and nothing less than Liv Morgan…

After a good contest Rhea Ripley ends up with Liv Morgan and the one in charge of facing her will now be the most imposing woman of the Doudrop brand, she arrives at the string with impressive serenity.

RHEA RIPLEY DOESN’T STOP! So far she has defeated 3 of the Gladiators who have applied for this stipulation. It is worth mentioning that the duel between Doudrop and the Living Nightmare was merely one of strength and strategy and in this way Rhea emerged victorious again her next opponent is none other than Bianca Belair.

FOR A LITTLE MADE IT!, Rhea Ripley fought with all her spirit however tiredness and fatigue took their toll on her in the final stretch of the match, after three high caliber contests we dismissed this stipulation with Bianca Belair as the winner. At the end of the fight, the two gladiators showed themselves as the true champions they are, giving each other a hug and recognizing their great work tonight.

HE DIDN’T CARE ABOUT HIS FRIENDSHIP!

After Reggie was sent to the well-known “Friendzone” he did not touch his heart with Dana Brooke again and this time he took the opportunity to withdraw the title 24/7, with a broken heart but with Belt in hand.

After their academic defeat, they were very disappointed, however tonight the champions will give full attention to Dominik & Rey we will see how both dumbbells develop inside the ring below only for Planet Wrestling …

THE MIZ IS THE GUILTY !, When it seemed that The Mysterio would take the victory, The Miz would appear and Maryse came into action causing distractions in the confrontation, Dominik was able to evade The Miz and connect his iron but Gable reversed it using the classic “Paquetito” and The Alpha Academy wins.

Bliss is the last participant in the Elimination Chamber, which will take place on Saturday, February 19 of the current year, after so many weeks she will finally be seen again in the string and what better than in an event as powerful as Elimination Chamber.

BREAKING NEWS: The final entrant in the Women’s Elimination Chamber Match this Saturday at #WWEChamber is the returning @AlexaBliss_WWE!#WWERaw pic.twitter.com/UjAuHd9t4T

We will have a duel between the two references of Wrestling today, on the one hand the experience, the brutality and above all the little compassion for his rivals “The Legend Killer” and on the other hand we have one of those who has been the face of the company, “El Arquitecto”, it will be a duel that will cause many nostalgia because these same athletes were the ones who starred in that mythical battle of Wrestlemania 31 …