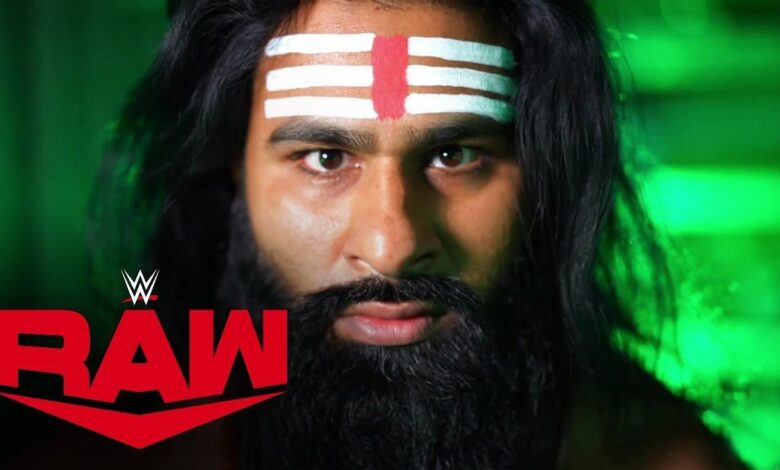 In addition to informing you and always updating all the WWE resultslike every Monday we bring you closer the best coverage and live results of WWE RAW. We are going to narrate you live and enjoy together the entire red mark event today April 4th.

WE STARTED WITH RAW AFTERMANIA!

We start with the coverage remembering everything that happened at Wrestlemania 38. 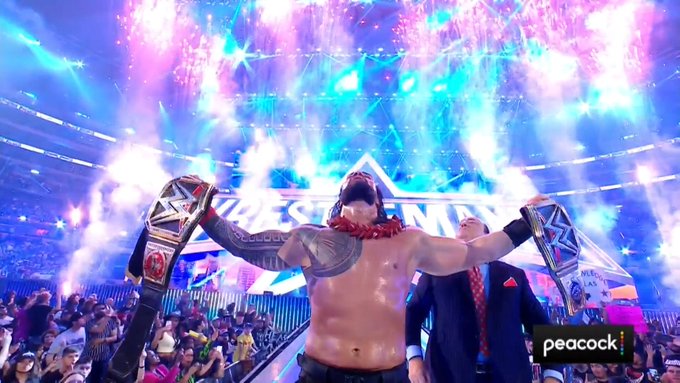 Cody Rhodes is in charge of receiving the public in this edition of WWE RAW. After his victory at Wrestlemania against Seth Rollins, what will he have to say about it? 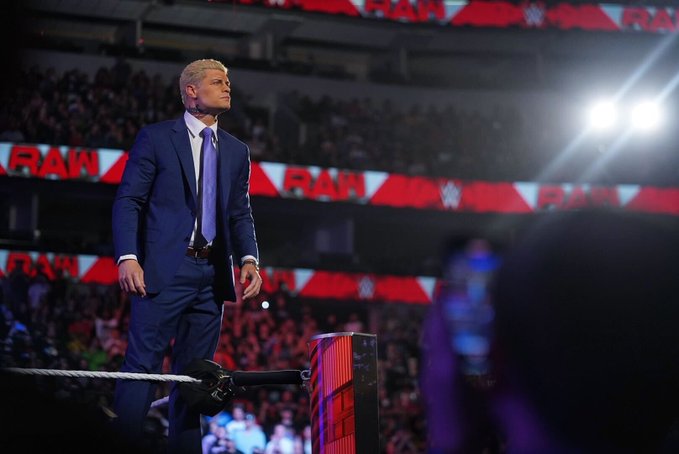 After his grand entrance, they would give him a microphone and the first thing he said was the following; «Everyone thinks that the decision to return to WWE was difficult… it was not. The “star that left them in the dust” for the man who is here now signing a multi-year deal with WWE.» With this it is official that Rhodes rejoins the ranks of WWE. Cody would get sentimental by reminding his hero of a fighter with a great legacy the late Dusty Rhodes. Seth Rollins soon arrived at the venue to interrupt and with classic dance enters the string. This segment ends with a handshake between the two.

We will have a duel between to be the number one contenders for the titles in pairs of the women’s division of the red mark. Rhea & Liv have shown great qualities as a team, however they have not had the fortune of being victorious. Tonight they will seek to defeat and conquer to show that they really can be the champions, on the other hand, the chemistry and teamwork of the Boss & Naomi has been formidable since their alliance was formed…

IS THE TEAM OVER? Rhea Ripley left the ring very upset at having been defeated again in this tag team stage. The champions show their strength again and with an impressive victory they take the first match of the night. After Rhea’s departure, Liv Morgan felt very sad about what happened. 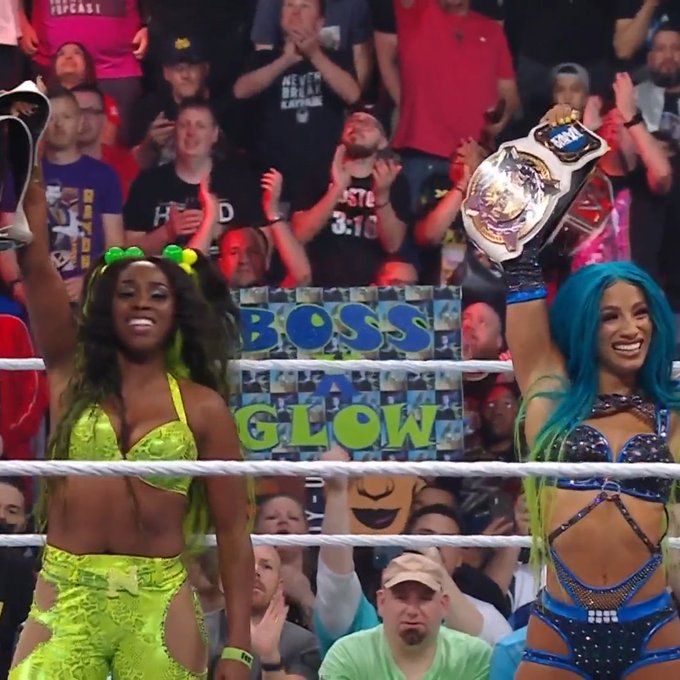 “YOU ARE ELIAS, I RECOGNIZE THOSE EYES”

Ezekiel would arrive on stage, a person very similar to the musician in the audience, however he himself affirmed that he was not Elias but the younger brother of the already mentioned better known as Ezekiel. Kevin pointed out that he hated liars so he will drop the joke now to which Ezekiel replied; “Then you must hate yourself because on Saturday you lied to Stone Cold and you were a victim of the Stunner” 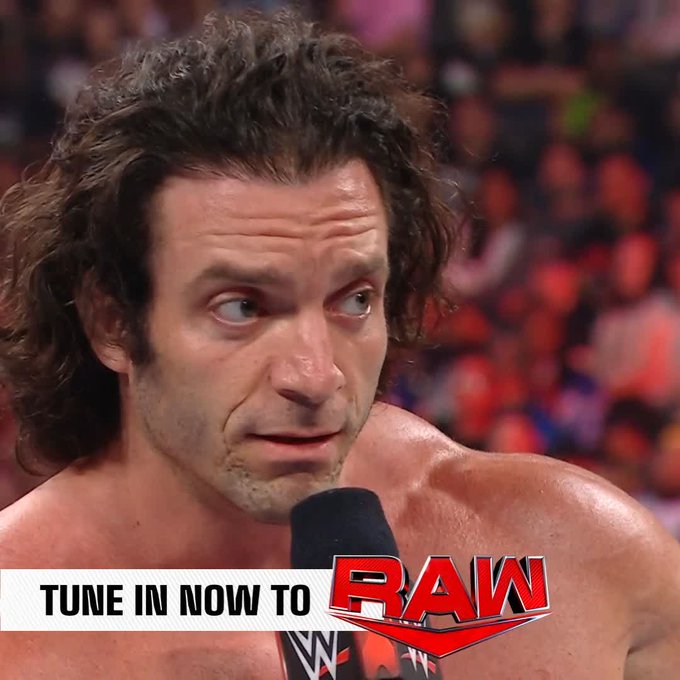 DOMINIK MYSTERIO VS THE MIZ

They want to settle accounts, the Mexicans could not win at Wrestlemania but today Dominik wants to show that he can defeat him cleanly and on his own merits. 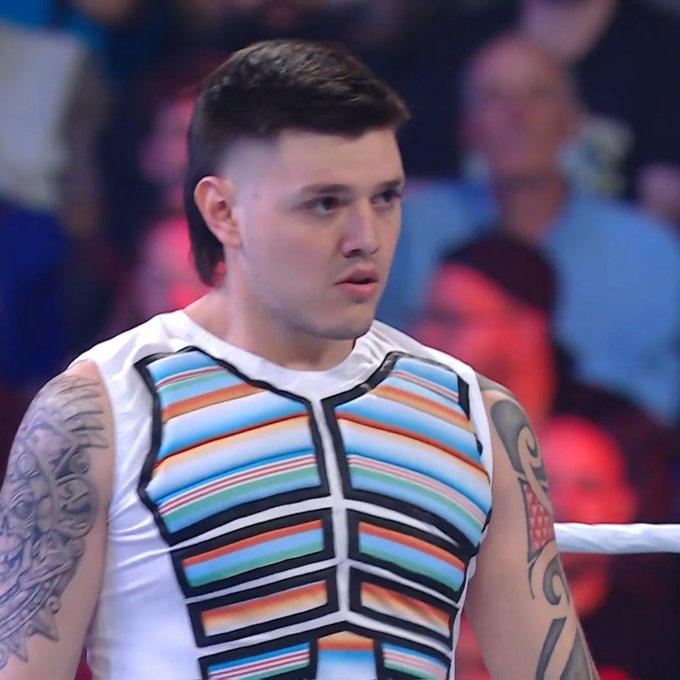 FOR MORE ATTEMPTS THE RESULT IS THE SAME!, The Double Summerslam defeated Dominik again in a contest which dominated most of The Miz’s time, he mocks the Mysterio again and retires from the ring. However, the moment arrived that everyone had been waiting for months. Veer Mahan arrives only to destroy and further punish the King’s Son… 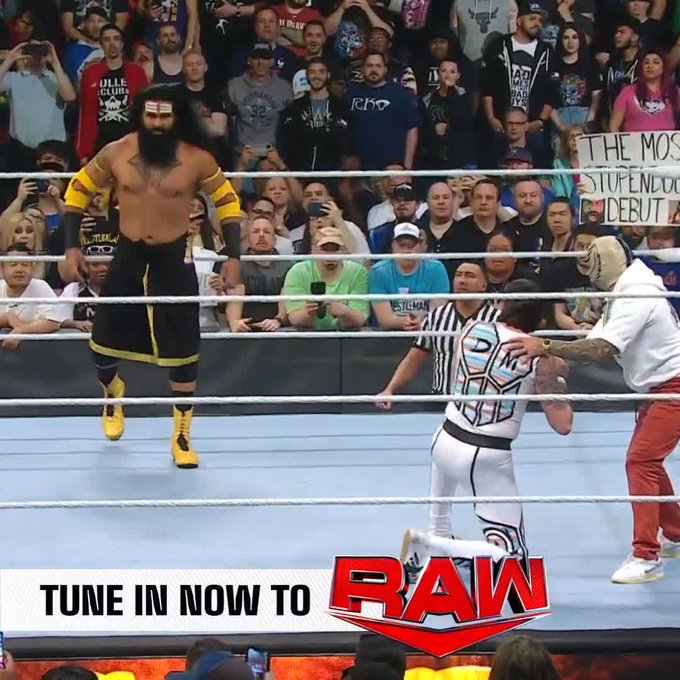 THE NEW CHAMPION HAS ARRIVED!

Bianca Belair would arrive at the string wearing glasses, by removing them from her eyes we could see how her eye continues with a bruise and with the same eye almost closed due to the blow caused by THE MAN. She would later begin to make statements about Lynch’s reign and what the WWE Universe deserves; “You deserve better than Becky Lync as your champion, that’s why I became better” 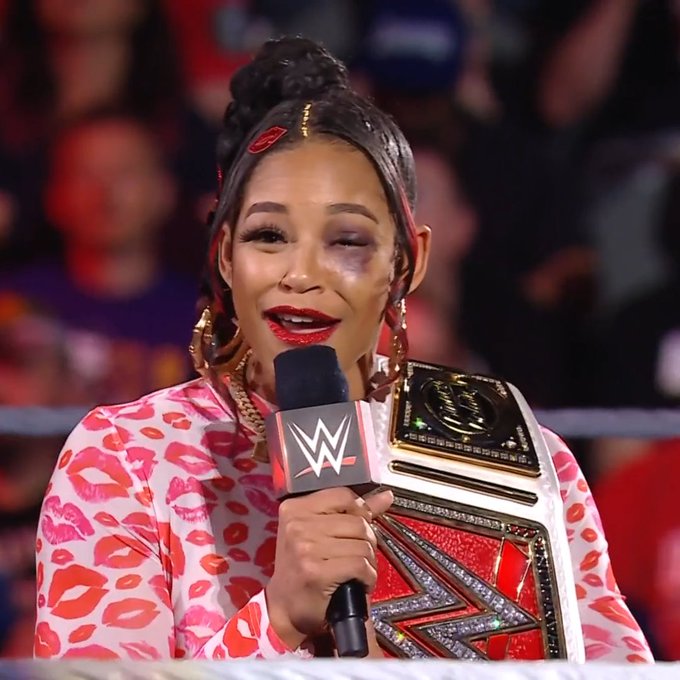 WE WILL HAVE REVANCH FOR THE NXT TITLE!

The last defense that this title had within the WWE RAW show was in 2019, so today that mark has been broken with the two super athletes who are now in a heads up. Bron will seek to recover the scepter of the development brand by making Ziggler pay for having taken the reign from him. On the part of the champion, great care must be taken because he does not come to the action alone and at any moment of distraction Robert Roode could intervene in his favor …

HE MADE IT! Bron Breakker has retrieved the scepter from him. After an intense fight, Bron defeats Ziggler with great authority to be crowned again as the WWE NXT 2.0 Champion. Bron achieved what he could not in Stand and Deliver and what better than in Raw Aftermania.

THE BETRAYAL AROUND THE CORNER!

MVP has just betrayed Bobby Lashley to join Omos. The public cannot believe it, it has been something shocking, after his victory with the Giant everything was supposed to be fine, however MVP seemed to be tired of the same thing next to the “Almighty” …

WE WILL HAVE A 6-MAN TAG TEAM MATCH!

THE RKBRO´S & FINN BALOR VS THE USOS & AUSTIN THEORY

The couples champions of both brands will be in the same ring. Accompanied by Balor and Theory, in previous editions we saw how this fight did not end well. Balor has unfinished business with the one sponsored by Mr. Mcmahon, the quality of the stringing is more than enough tonight, a duel that will make the canvas rumble… 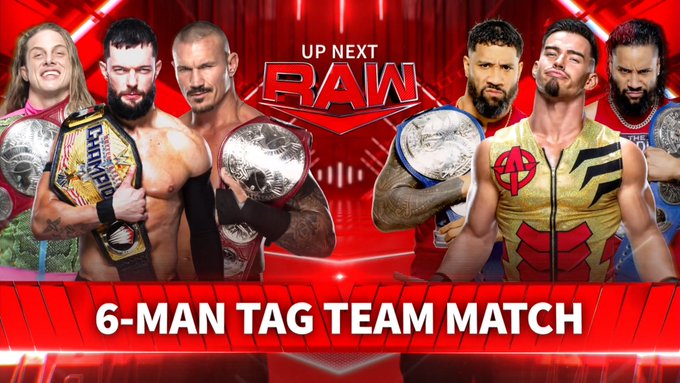 SELFIE OF THE TRIUMPH!, The Usos and Theory take the victory after an intense contest, the champions of the blue brand made a good dumbbell with Theory to defeat the RAW champions, both provided a great show but the rude on this occasion They take the victory and celebrate it with a well-deserved selfie.

We would see Edge and Damian Priest on stage, the Puerto Rican has just sworn allegiance to WWE’s Greatest Opportunity; “When I heard your message, I know you were talking to A.J. Styles , but I felt like you were speaking directly to ME. He made my decision so easy to pledge my loyalty to you.” Moments later Styles arrived to settle accounts, however he was unable to face Priest and Edge to the point that they left him badly injured on the canvas and that is how the new duo was born …

Next we will have a hand in hand between the two tag teams that aspired for the title in the Showcase of the Immortals, although they have not had a very clear enmity right now, both teams will seek to remove the thorn of not having been champions in the biggest event of the year, we will see how the duel unfolds…

WHAT A FIGHT! Everything was experienced, The Street Prophets handled high-caliber maneuvers just like The Alpha Academy, flights from the third rope, irons on a table, a really street fight, however the winners of this night are Los Street Profits, great victory for the title contenders.

THE UNDISPUTED CHAMPION HAS ARRIVED!

Roman Reigns arrived at RAW, accompanied by his new title, when entering the ring he pointed out the following; “What is good for Roman Reigns is good for WWE”, after defeating Lesnar and fulfilling his promise tonight, he seeks full recognition from the entire WWE Universe, accompanied by the tag team champions & Paul Heyman, this faction is becoming something out of the ordinary and the Tribal Chief is proud of his work and his achievements with the company. RIGHT NOW THE CHAMPION IS MORE THAN PRESENT. 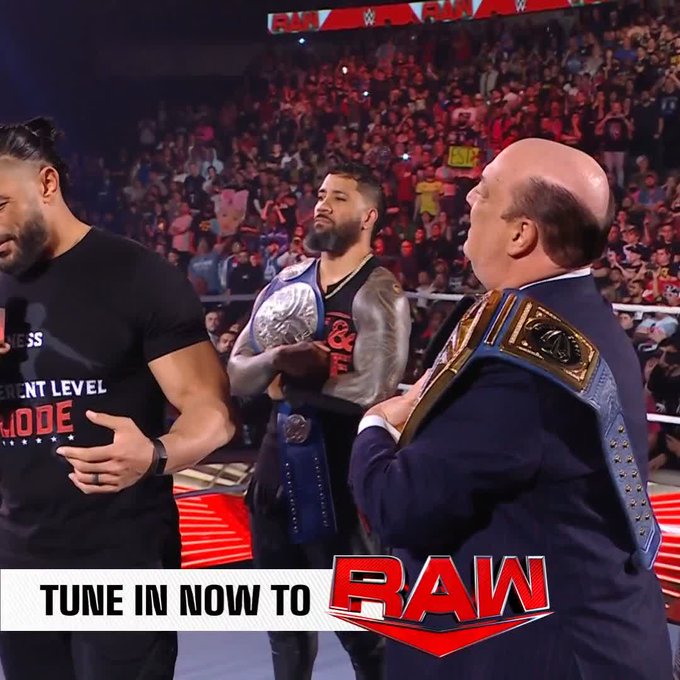