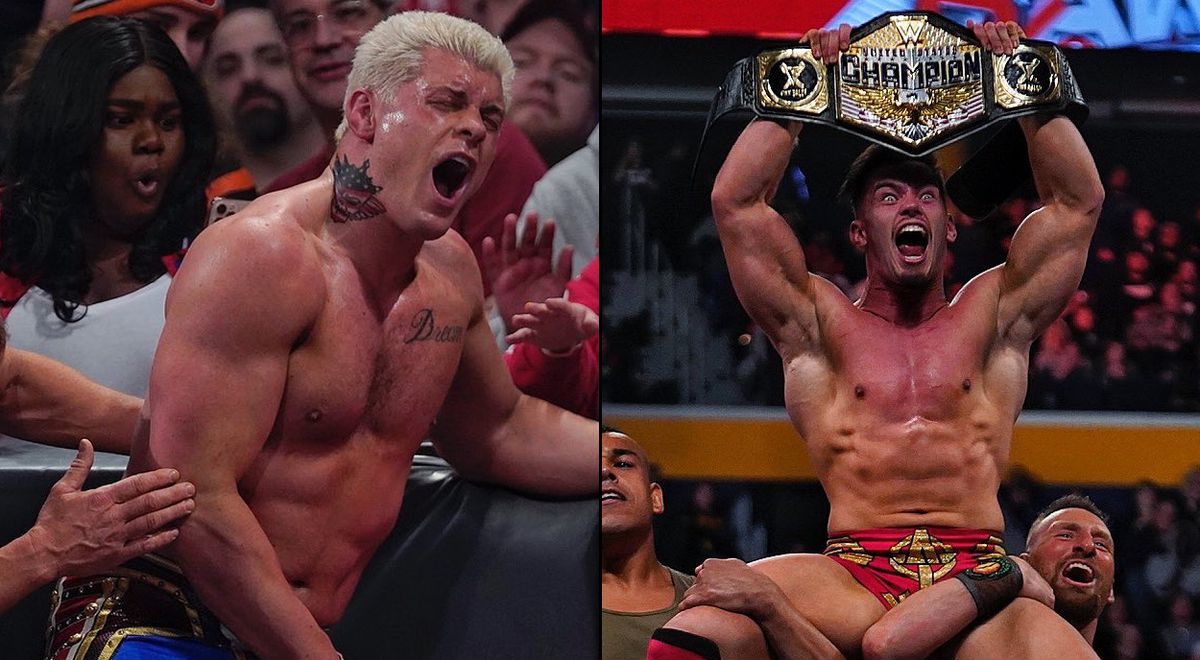 See WWE Monday Night RAW LIVE and DIRECT this Monday, April 18, prior to WrestleMania Backlash 2022. The wrestling show will begin at 7:00 pm (Peruvian time) and will take place at the Keybank Center Stadium in the city of Buffalo. Minute by minute with photos and videos can be followed here through La República Deportes.

This is how WWE RAW ends!

Monday Night Raw comes to an end with Cody Rhodes feeling after Seth Rollins’ attack from behind after beating Kevin Owens.

Cody Rhodes defeats Kevin Owens for not returning to the ring after counting to ten.

KO supersuplex from the third rope on Cody, but in the count he puts his foot on the rope and avoids his defeat.

KO knocks out Cody Rhodes, but he still doesn’t give up.

Owens and Cody attack each other and are badly injured.

Owens throws himself on Cody, but the account does not reach three.

Tremendous KO DDT on Cody, but the count is still two.

Cody does not give up

Kevin Owens hurts Cody on his back over and over again, but Cody raises his arm before three.

Owens throws himself on his back against Cody and then continues attacking him.

Owens attacks Cody, but he avoids not going out of the ring and attacks him.

Cody manages to send KO out and tries to throw himself between the ropes, but the Canadian stops him with a hook and sends him to the floor.

Cody Rhodes is measured with Kevin Owens in the ‘main event’ of Raw.

Rollins comes out on stage

Theory dodges Finn Bálor’s movement again and applies his ‘finisher’ to him.

Elbow to the canvas, whip out of Bálor and coup against Theory.

Theory dominates the fight and attacks Bálor with his best moves.

Bálor attacks Theory with force from the beginning, but then he responds and makes a key.

Finn Bálor is measured with Theory for the United States championship.

AJ Styles responds in an interview that he accepts Edge’s challenge and he appears out of nowhere with Priest and they attack him until he is unconscious.

Randy is neutralized, and Dawkins and Ford finish off Riddle.

Inverted DDT from Orton and Riddle on the Profits.

Riddle launches next to Ford from the third rope.

Gable responds with his classic moves and almost ends it with his Suplex.

Ezekiel starts the duel well and sends Gable to the metal ladder.

Owens threatens Ezequier and he answers, but the Canadian withdraws and in the end Gable attacks him from behind-

Owens in the air

Ezekiel answers all of Gable’s questions and KO rages.

Sonya says that before being an authority, she is a professional fighter and that if Bianca says she is that good, she will have no problem beating them.

The champions continue to reign

Liv Morgan bombs Naomi and Rhea applies her Riptide, but Sasha Banks arrives to avoid the count to three.

Monday Night Raw starts with images from the previous chapter.

Cody Rhodes had his first official match on the red mark in six years against The Miz; however, he was intercepted by Seth Rollins and both confirmed a new match for Backlash. The American Nightmare made it clear his intentions to win everything and go for the world championship and show that he is the best of all. Today he will be back on Raw.

Finn Bálor will put the United States title at stake against Theory, who has been supported by Vince McMahon for several months. It is not known if someone could interfere in the fight, but the Irishman arrives as his favorite, although his rival could use illegal resources to get away with it.

YOU CAN SEE: WWE RAW: Sonya goes for the women’s title and The Usos want unification

This Monday there will be another official showdown and it will be for the WWE tag team championships. Sasha Banks and Naomi will defend their belts against Liv Morgan and Rhea Ripley. Both duos have battled each other individually and there were wins for both sides. Likewise, they were already measured on Night 2 of WrestleMania 38 in a triple threat.

bianca belair is also confirmed to appear tonight; as well as Becky Lynch. None have been found since their battle in the Showcase of the Immortals. It is not yet known if The Man is going to want her revenge or if the rivalry came to an end. The fact is that The EST already has a rival, Sonya Deville.

What channel is Fox Sports 2?

The place where the WWE Monday Night RAW It is in the Keybank Center, located in the city of Buffalo, New York State, United States.

WWE RAW: Cody continues to prevail and Theory gets his first title