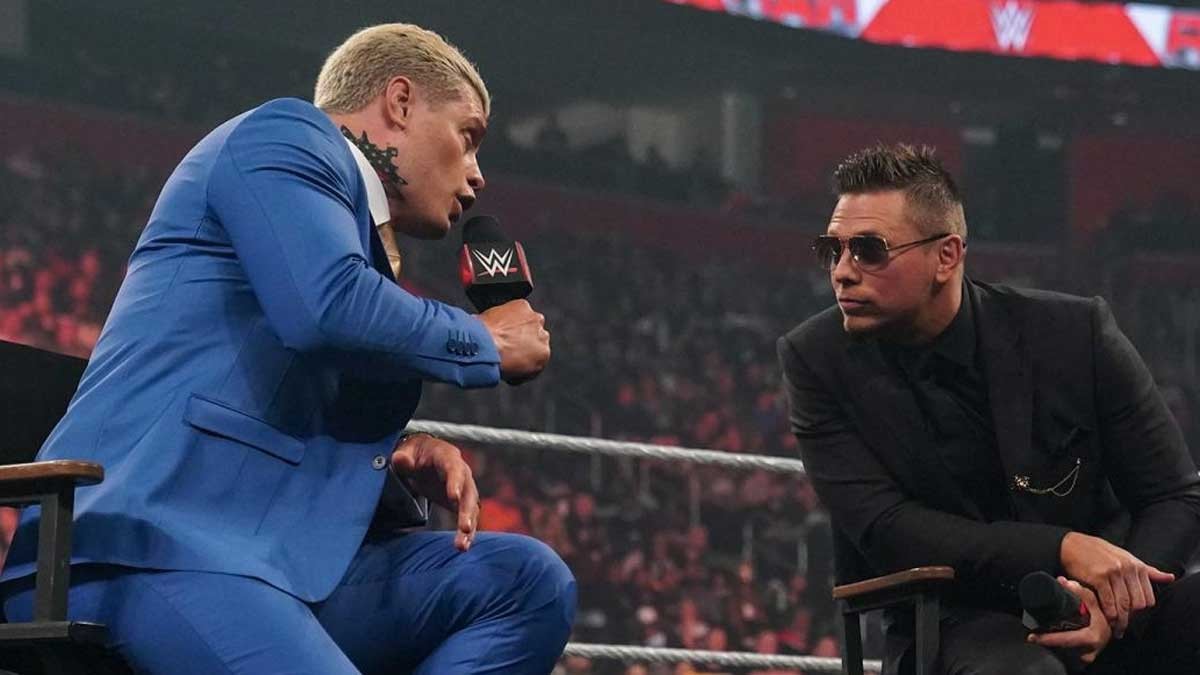 – During the broadcast of Monday Night Raw, The Miz and Cody Rhodes had a conversation before his fight. In that conversation, Rhodes made two mistakes that The Miz pointed out. First, she used the word ‘belt‘ to refer to the WWE Championship. Later, he referred to WWE talent as ‘wrestlers‘. It should be remembered that WWE prohibits the use of some words, such as those mentioned above. In this case, Rhodes had to use the words ‘title’ and ‘superstars’.

– Once the Monday Night Raw show was over, Roman Reigns made an appearance with the Uso brothers. The Bloodline faced Drew McIntyre and The New Day (Xavier Woods and Kofi Kingston) in a tag team match. The face team took the victory when Drew McIntyre pinned Jimmy Uso after applying the Claymore Kick.

– WWE continues to cut the name of some of its superstars. This time we talk about austin theorywho will become known only as “theory” starting this week. In a behind-the-scenes segment, the wrestler informed Adam Pearce and Sonya Deville that he had consulted with Vince McMahon about the name change and that they both decided it should be shortened.

– Once the episode of Monday Night Raw was over, Cody Rhodes was interviewed in backstage, where he said he was proud of his return to Detroit. “Definitely, I think I haven’t been emphatic on that point,” Rhodes stated on whether he has a chance of beating Seth Rollins again at WrestleMania Backlash.

“When I said yes and his face and then I saw him dance… I know what Seth Rollins is doing in terms of trying to get into my head, and tonight I got a good glimpse of him. This is his house, it’s not a battle unilateral in which we are both, that’s how it was at WrestleMania “.