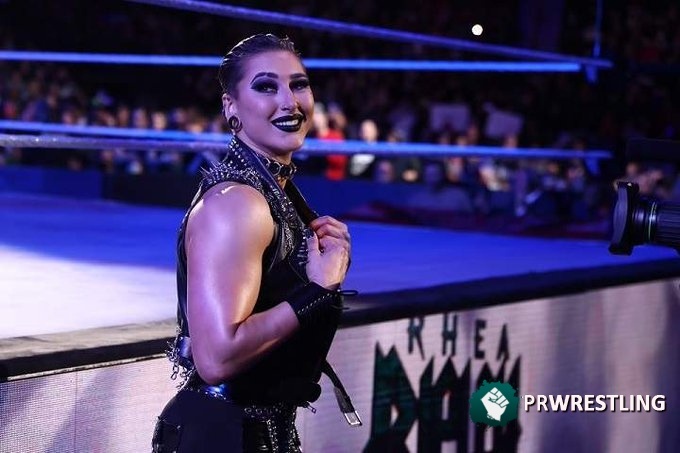 Raw begins with Kevin Owens. The Brawling Brutes and Drew McIntyre walk in from the crowd and talk about War Games.


Judgment Day interrupts. Rhea Ripley told Drew to shut up. Dominik Mysterio told them to say hello to his slacker dad on Smackdown. This leads to:

Judgment Day attacked after the match. Luke Gallows comes out and takes Priest down with a kick to the head. Owens dropped Bálor with a stunner.

STUNNER! 💥@FightOwensFight is ready to open a can of his own this Saturday inside #WarGames at #SurvivorSeries!#WWERaw pic.twitter.com/ZbreGPlKom

Miz said he was hurt and introduces Johnny Gargano’s opponent:

Seth Rollins will defend the United States title in a triple threat against Austin Theory and Bobby Lashley at Survivor Series.

Interview with Seth Rollins. Theory was watching the interview in the locker room. Theory did a serious promo and warned Rollins that he wasn’t the same guy he knew before.


It looked like Theory would attack Ali afterwards, but Lashley appeared on the screen. Lashley told Theory to stay in the ring because he was coming for him.

Lashley walked in and insulted him for failing to collect. Theory said that he would be the US Champion if it wasn’t for Lashley and reminded Lashley that he lost to Brock Lesnar.

Lashley suplexed Theory and tossed him around the ring. Theory hit him with a chair and ran back and Lashley gave chase.

Backstage a trainer was checking on Ali. Theory pushed Ali towards Lashley and ran off. Ali shoved Lashley so that Lashley threw him onto the stage, drove him into the video board and put him down with the Hurt Lock.

Drew McIntyre defeated Baron Corbin (w/JBL). Akira Tozawa appeared at ringside and grabbed JBL’s hat and ran off. The distraction allowed McIntyre to apply the Claymore kick for the win.


OC/Judgment Day segment – ​​Everyone fights to the parking lot where Karl Anderson slammed Dominik into the hood of a pickup truck. The officials eventually ran over and tried to separate things.

In the star, Rhea Ripley defeated Asuka. Damage CTRL and Cross appeared at ringside, so Belair and Bliss marched to ringside.

Ripley hit Riptide to win cleanly via pinfall. Ripley’s team gets the upper hand in WarGames.

They all fought afterwards. Asuka flew in from the top and eliminated everyone, thus ending the show.

Ace @RheaRipley_WWE earns the #WarGames advantage for her team, it’s a complete brawl between both teams just days before #SurvivorSeries!#WWERaw pic.twitter.com/NzdSBiVFFD