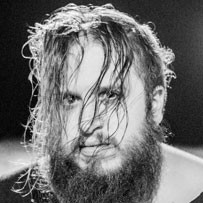 “Any Bloodline stuff we have to take care of, we’re on the same page,” Sami says, extending her hand to Jey. Instead of hugging him, Jey gives him a hug and asks Jimmy to join him. He only remains serious for a few moments, his classmates insist, but they are interrupted.


The Bloodline, without Roman Reigns, arrive at the ring. Jey and Jimmy Uso talk about the War Games match, where they won. Sami takes the floor to tell Jey that he knows that he didn’t tolerate him before, but the way he accepted him into the family after Survivor Series, that was “ucey”.

Street Profits were interviewed earlier. They talk about being happy to be back and comment on recent changes. Alpha Academy interrupt them, Chad Gable says that he has been taking care of being the best of the show. Ford and Dawkins make fun of Chad’s height. Later, both teams will face each other.

Mia looks like she’s about to finish off The Judgment Day, but Rhea stops her with a Riptide and takes the win.

Styles takes over and lashes out at The Judgment Day in and out of the ring. Moonsault DDT to Finn, Rhea breaks the account. Mia attacks Rhea, connects a Flapjack and a hard kick. Yim flies in a Suicide Dive towards Rhea at ringside.

Anderson fights with Priest, Damien manages to get past him and take him to his corner. Rhea briefly takes over and beats up Karl Anderson. Dom prevents Karl from getting to his corner once more.

Action erupts inside and outside the ring between both teams. AJ flies over Finn while the others fight on all sides. The bell rings, Balor’s Dropkick, AJ stops him with a Suplex.

The OC take over to maintain dominance over Balor. Priest receives the relief and attacks Gallows. They exchange blows but neither give in. Dominik threatens to get into the ring, distracts Luke and Damian takes the opportunity to tag with Balor.

The Judgment Day vs. The OC & Mia Yim

Finn Balor and Damian Priest team up to defend Dom, The OC arrive to join AJ Styles. AJ speaks up and says that it all has to end tonight. He challenges the Judgment Day four against the four of them. Right now!

The fight ends without result

AJ Styles runs to the ring and attacks Dominik Mysterio. The referee stops the fight due to the chaos that ensues.

Michin responds with kicks and knees. Mia’s Tornado DDT and count of two. Another DDT from Mia, Rhea gets out of the ring. Dominik goes up to the edge of the ring to argue with Mia, Yim moves the ropes to make him fall in. Rhea attacks her from behind, taking advantage of her distraction.

Ripley manages to connect a Clothesline to stop Yim. Vertical Suplex and count of two on Mia, Rhea maintains the offensive without giving Yim a break.

Mia dodges Rhea and knocks her down a couple of times. Ripley comes down from the ring to talk to Dominik Mysterio. Rhea returns to the ring, tries to take control of her but Michin traps her in the Tarantula.

The action reaches the merchandising stands, where Becky defends herself with objects and tables. Lynch takes care of all three until WWE personnel and referees arrive to stop the chaos.

“People don’t like you because you’re a loser. If you want to fight now, let’s do it,” Becky shoots from the crowd. Bayley says that she is in the ring and is waiting for her. Dakota Kai and IYO SKY attack Becky in the audience, Bayley runs towards them to join.

Bayley interrupts Becky Lynch and receives boos. Bayley complains about not getting the respect she deserves after all she’s done every month, while Becky has a match and everyone cheers for her.


Becky Lynch he says hello and talks about how happy he is to be back. Becky says that The Man is part of the town, so she goes down to talk to each other and with the fans.

The Uso, Sami Zayn and Solo Sikoa arrive at the arena chatting amicably.