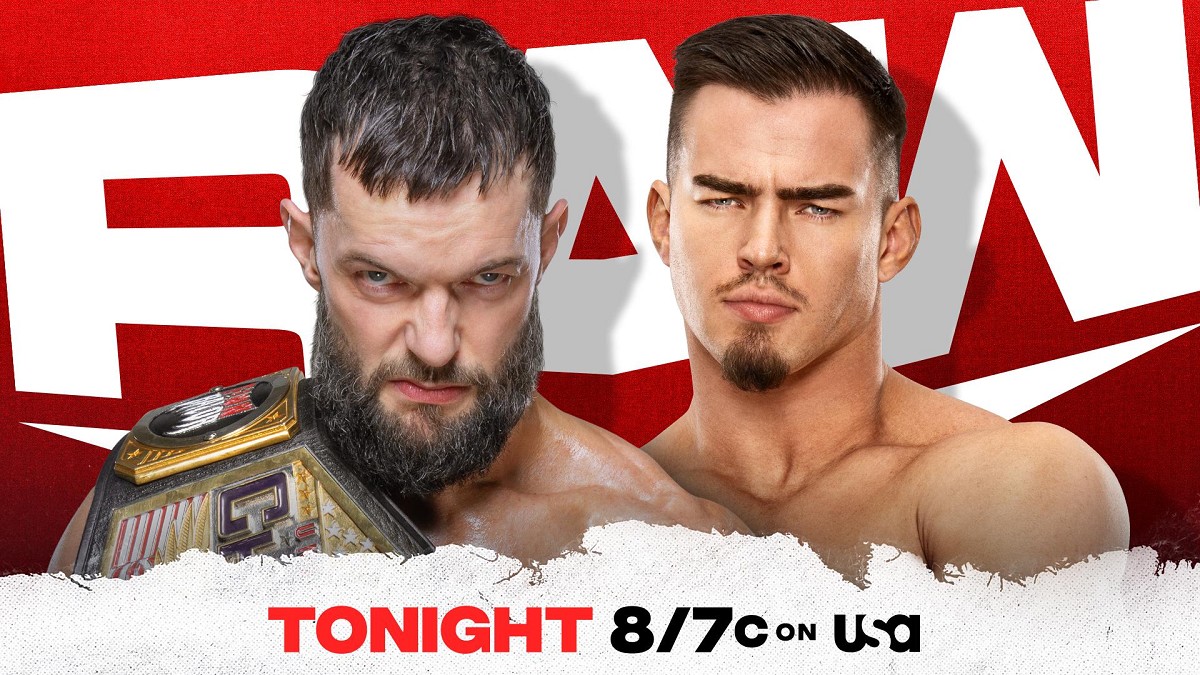 USA Network will air the 1,508th episode of WWE Monday Night Raw this Monday, April 18, 2022 live from the Keybank Center in Buffalo, NY. This week’s show has several attractions, such as two starting defenses in which a Finn Bálor vs. Theory for the WWE United States Championship, or the weddings of Dana Brooke and Reggie, and Akira Tozawa and Tamina. 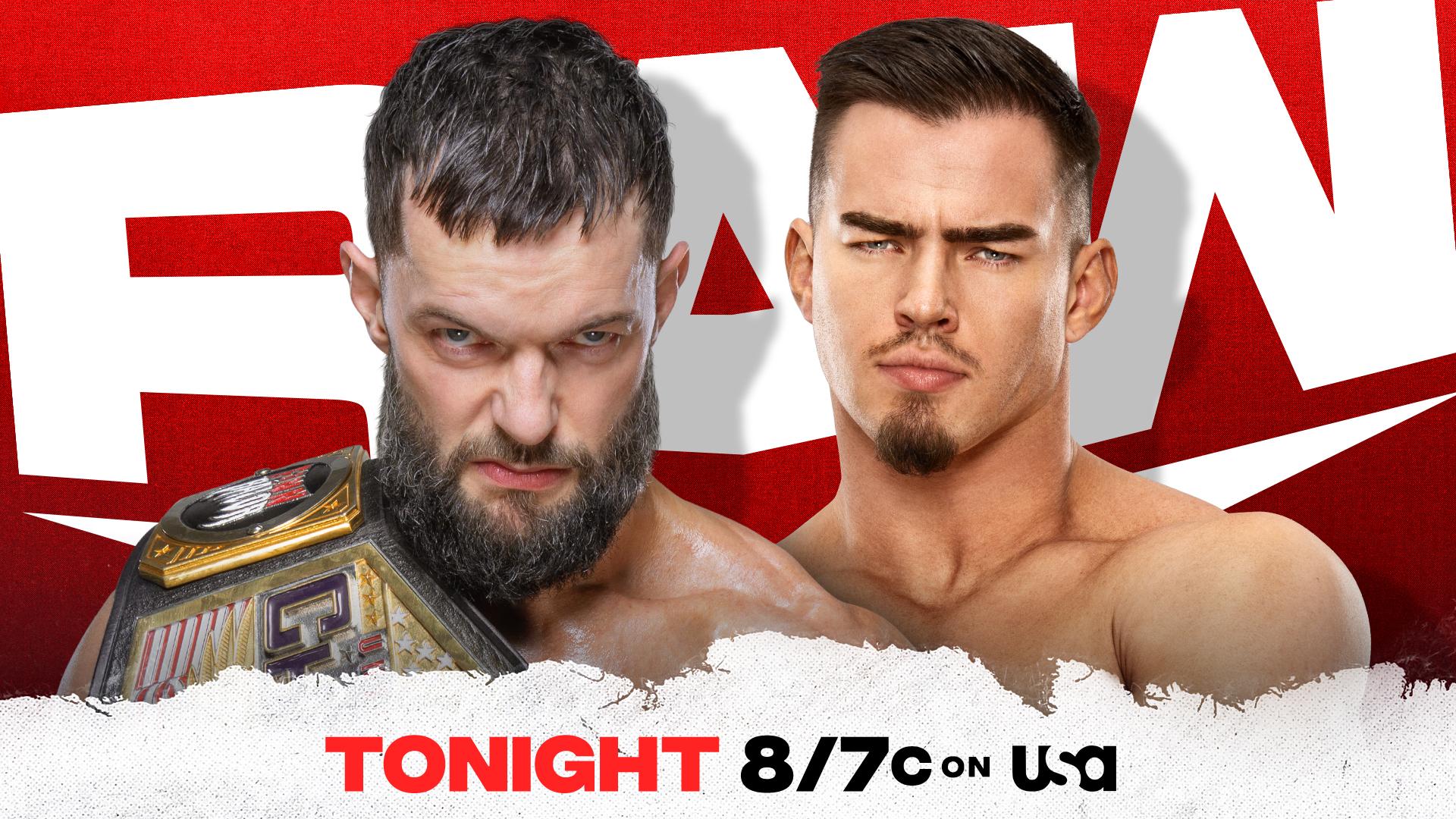 AJ Styles confirms to Sarah Schreiber that he accepts Edge’s challenge for WrestleMania Backlash. The lights go out, and when they return, Edge and Damian Priest brutally attack their future rival. 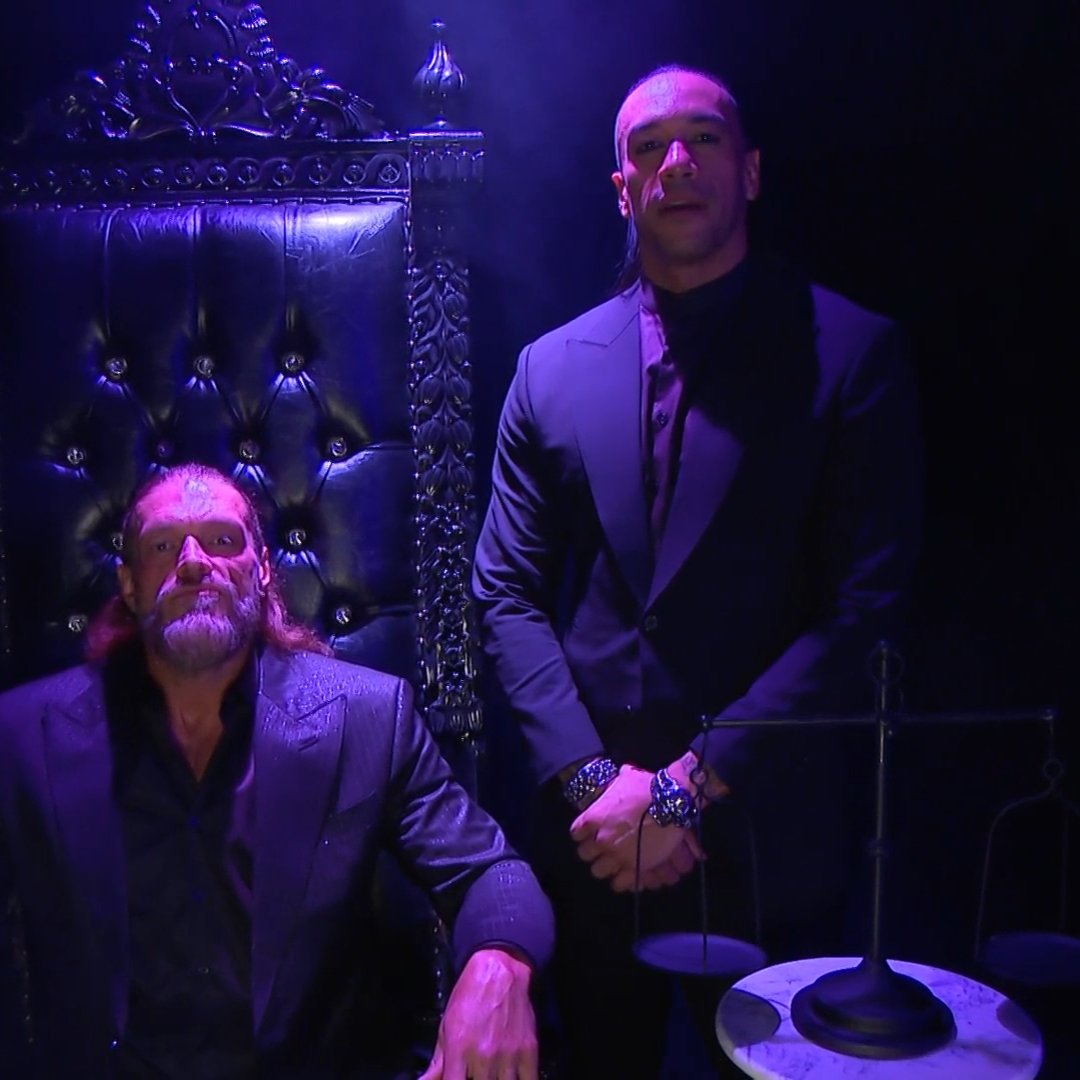 Edge and Damian Priest talk from backstage. Edge says that last week they gave way to mind games, and talk about The Brood or the Ministry of Darkness. Edge claims that he will walk all over anyone who dares to get in his way, and right now, that person is AJ Styles.

The Uso music starts playing, so the champions are distracted. Randy is neutralized, Riddle is caught by surprise and succumbs to a combination of Electric Chair and Blockbuster.

Floating Bro assisted for the count of two, until Ford intervenes with a Dropkick followed by a Backdrop Suplex. Looking for his Frog Splash, Riddle knocks him down with a spectacular throw. Randy takes over and proceeds with his comeback, culminating in DDTs in stereo with his partner. 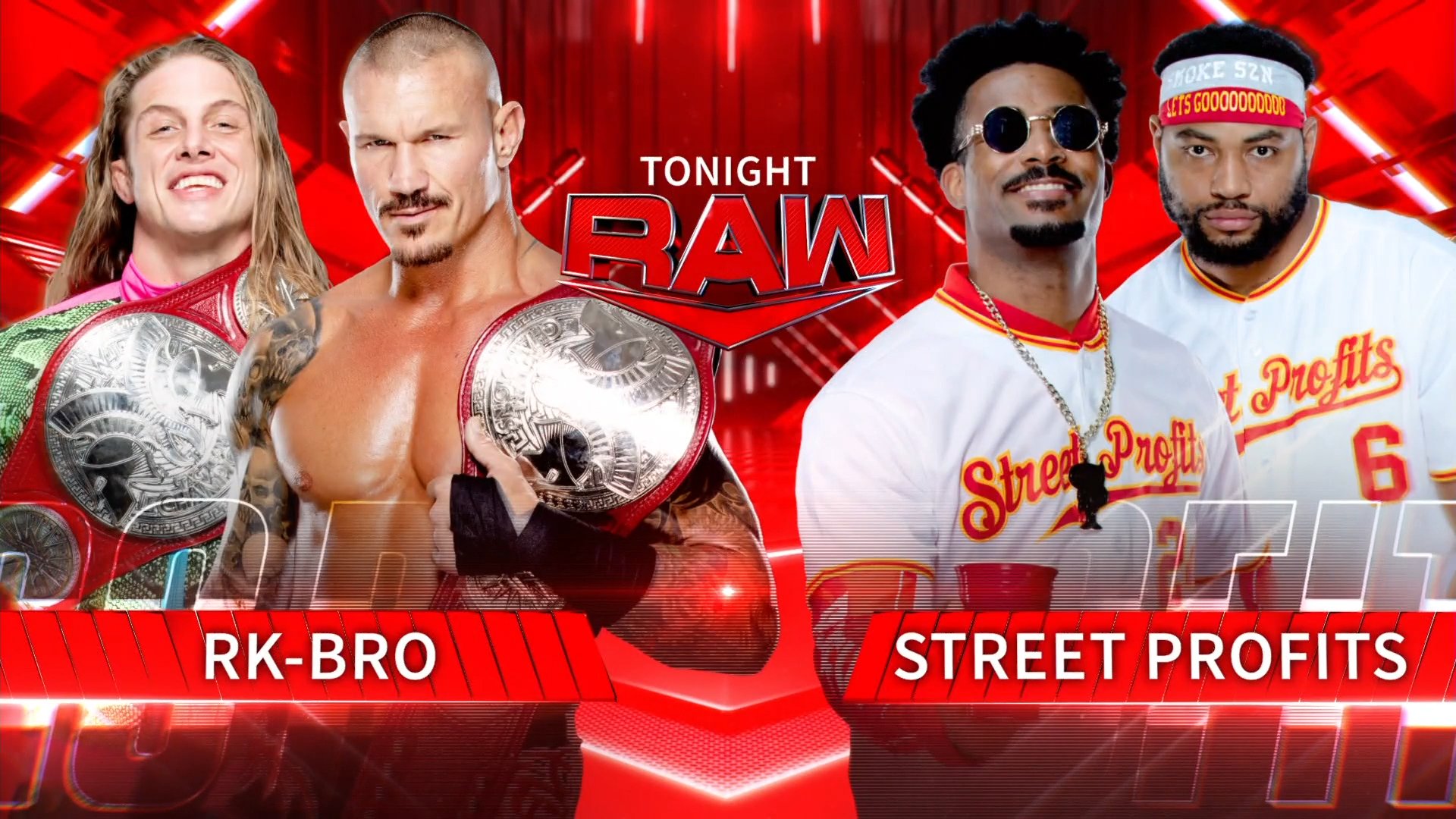 Ezekiel throws Gable against the metal steps until he responds with several Dragon Screws and a Northern Lights Suplex with a bridge. Ezekiel receives Gable with his foot up when he was attempting his Diving Moonsault, he lands a Spinebuster and Otis attacks him from behind forcing a disqualification.

Owens asks if his real name is Elias, to which he says no. Gable once again confirms that he is telling the truth, which infuriates Owens. Gable attacks Ezekiel from behind and they both prepare for the next fight.

Ezekiel goes to the ring before accusations of fraud from Owens, something he completely denies. Before starting, Ezekiel asks those present a question: “Who wants to hear Ez speak?” Gable places the lie detector on Ezekiel and the test begins.

Kevin Owens is in the ring to present a new episode of the Kevin Owens Show. Owens will put Ezekiel through a lie detector test to find out that he is really Elias, so Gable will be in charge of supervising the test.

Sonya Deville complains to Adam Pearce about Bianca Belair’s attitude. Pearce tells her that perhaps she earned the attack. Despite this, Bianca will be fined and Sonya investigated for abuse of power. Bianca shows up to pay her fine: one dollar. This angers Sonya.

Veer Mahaan continues to attack Jeff Brookes after the match until he has to be separated by security staff. Brookes has to be stretchered back to backstage.

Veer ruthlessly dominates with tackles and Lariats until he takes the victory with an Indian Deathlock Cobra Twist.

Will Bianca Belair’s attack on Sonya Deville have consequences? 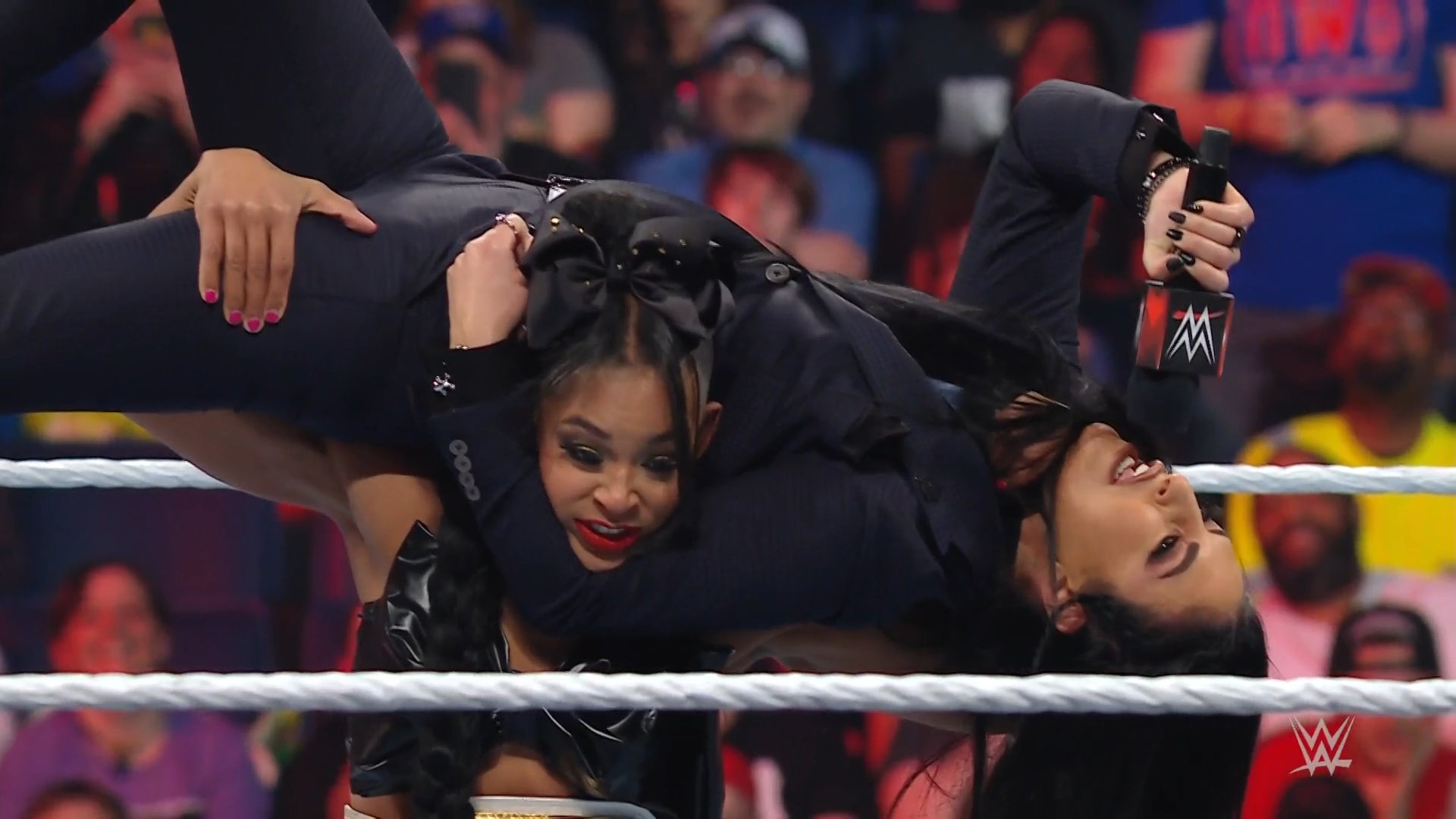 Sonya says that the match could take place next week, since Raw will take place in the champion’s hometown. Bianca is provoked when Sonya references her family and how quickly she lost the championship in her previous reign, so she slaps her and looks to finish off with the KOD. The segment culminates with Bianca leaving the future applicant in a bad way on the ground.

Sonya remembers that she is an authority figure, so if Bianca lays a finger on her, her actions will have consequences. Bianca asks for the match to be tonight, to which Sonya says that she hasn’t waited three years for her chance to have her in “a dirty New York suburb like Buffalo.”

In the ring, Sonya Deville says that she has not abused her power by positioning herself as Bianca Belair’s first challenger, since before being an authority role, she is a professional fighter. “If Bianca Belair wanted a challenger I have given her one. It’s nothing personal, just business.” Bianca interrupts.

Backstage, Rhea is asked about her attack on Liv Morgan. Furious, she says that she doesn’t have to explain herself to anyone.

Rhea Ripley and Liv Morgan argue after the match, with the former quite upset. Rhea brutally attacks Liv from behind and lands a spectacular Riptide.

Splash assisted by the applicants for the count of two, and at ringside, Rhea finishes off Sasha against the barricades with the Riptide. Bulldog assisted Naomi, Liv’s Powerbomb and when Rhea connects the Riptide, Sasha pulls a Backstabber out of her sleeve. The champions apply their finisher on Rhea and victory. 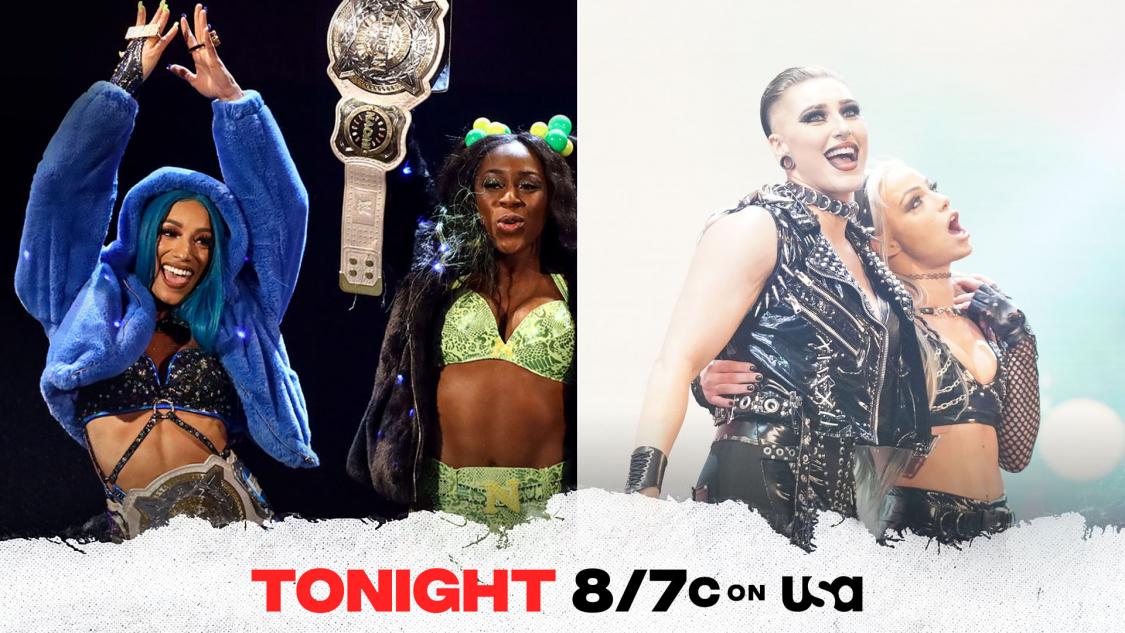 Cody says that Rollins has been to the top of the mountain four times, as opposed to zero that he has been. Rollins challenges him: what do you think if you face a surprise opponent chosen by Seth Rollins tonight? “Look at me, I think you and they know the answer. I have come to WWE for the challenges, so absolutely yes, ”says Cody.

“I lost and it’s unfair, because I’m better than Cody Rhodes. You may be the trend of the month, but I am the future of the industry. I am better than you (in a nod to MJF). I’ve been to the top of the mountain, and that makes me better than you.”

Rollins says that he was going to show Cody all the respect he had for him, his brother, his father and his legacy. But then he prefers to remind him that, thanks to his WrestleMania match, he put him back on the map. Rollins says that at WrestleMania, Cody had an unfair advantage because he knew his opponent in advance.

Weddings of Dana Brooke and Reggie, and Akira Tozawa and Tamina

Kevin Owens will submit Ezekiel to a lie detector

We remind you that we will answer some of the questions you ask us in the Disqus comment box. To leave your comment, go to the bottom of this news. We want to read your opinions!

Welcome to the direct of WWE Monday Night Raw

Hello everyone! Welcome to the direct of WWE Monday Night Raw. The show will start in less than an hour, but we will be commenting on news and latest news right here.