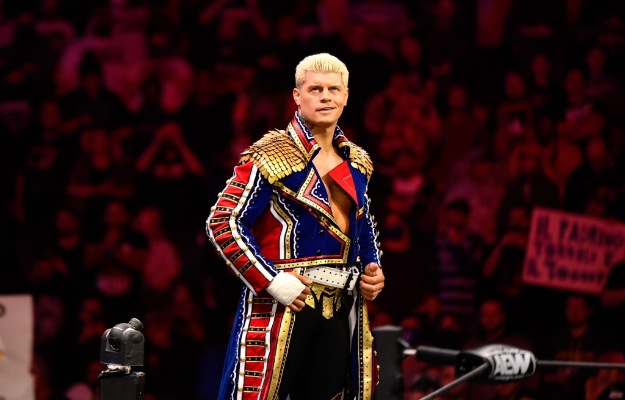 During the last few hours, the world of wrestling has been shocked to learn of the definitive departure from AEW by one of the main pillars of the company, such as former AEW wrestler Cody Rhodes. Everything was decanted in the last hours with several communications by both parties, which gave rise to new AEW news.

Cody Rhodes in negotiations with WWE

Both parties made clear the end of their contractual relations. Cody no longer had a contract with AEW since they had not reached an agreement and he himself confirmed that he was fighting as a free agent. His last match was one of the best of the year against Sammy Guevara for the TNT and interim title.

As a result of this fight we had the momentary disappearance of the fighter from the weekly programming. Something that surprised more than one and that made one think of a break. His character was developing optimally. But the end of their relationship has been confirmed a few hours ago.

On the part of Brandi Rhodes, a strong rivalry with the MMA specialist fighter such as Paige Van Zant was expected, but the departure of her husband has also decanted hers from the company. The news to highlight is that you can sign with any company, this is where a strong rumor has arisen.

Spoke to a source just now that fully anticipates WWE coming to an agreement with Cody Rhodes. Unbelievable.

I spoke to a source a moment ago who anticipates WWE coming to terms with Cody Rhodes. Incredible.

WrestleVotes has confirmed the rumors about Cody Rhodes making the jump to WWE and it seems that news could break at any time about his signing with Vince McMahon’s company. It would not only be a moral blow against AEW, which has been taking low blows for months with the hiring of talent that was fired or left WWE, but also economically.

The relevance obtained by Cody outside the company gives him stripes so that the company can think of more audience data, being able to sign at any time with any company. His physique is in an exceptional moment and he would be a great addition that could be included in the next great event in April.