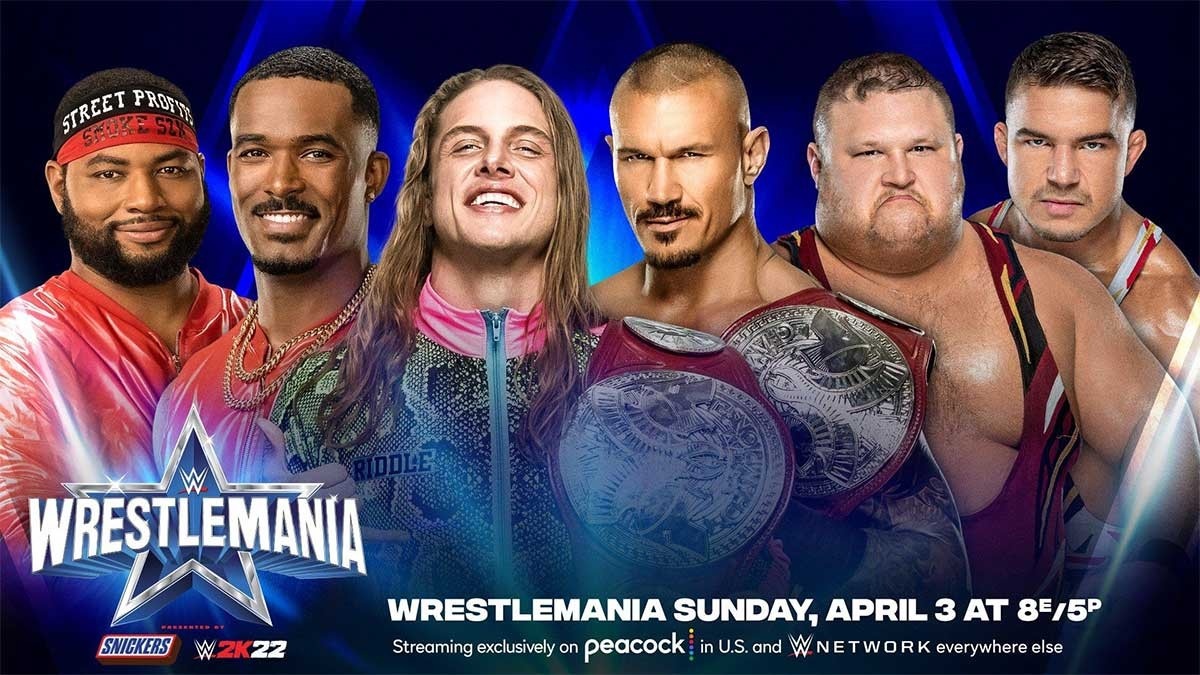 WWE has confirmed that RK-Bro (Randy Orton and Riddle) will put the Raw tag team titles on the line against Alpha Academy and Street Profits in a triple threat match that will take place at WrestleMania Sunday on April 3, 2022.

Last week, on Monday Night Raw, the three couples hinted at this fight. Street Profits challenged the champions, but Orton refused at first, although Riddle convinced him. This led to a match between Riddle and Montez Ford which ended with Alpha Academy intervening. Chad Gable and Otis attacked both teams. Tonight on Raw, Randy Orton and Riddle will be able to take revenge for what Otis and Chad Gable did in a tag team match.

Then we leave you with the updated card of the two nights of WrestleMania.