Before starting, we leave you all the information so that you arrive knowing everything about this Premium Live Event:

WWE Clash at the Castle live

This long-awaited and exciting Premium Live Event is about to begin, WWE Clash at the Castle. From the Principality Stadium from Cardiff, Welsh in Europe and from PLANET WRESTLING with this complete coverage in Spanish and live monitoring for all the followers of the world of Wrestling and Lucha Libre in Spanishwe start the PPV. Let’s go with the Kick Off!

Results WWE Clash at the Castle 2022

The show begins with the Kick Off, you can see it live below

WWE Clash at the Castle 2022 begins

The fight begins with Montez Ford and Chad Gable in an agility competition. The Olympic wrestler resorts to the Angle Locka small tribute or a mockery towards Kurt Angle after what happened in RAW. There are quick relays between Theory and Otis to weaken Montez.

Finally, there is a relay for Madcap Moss and take down opponents from the opposing cornerback. Angelo maintains a heads up against Theory where he comes out better. The heel alliance is at ringside and is counterattacked with a thread stop from Montezthe latter finishes off Gable with his Frog Splash to take the victory. 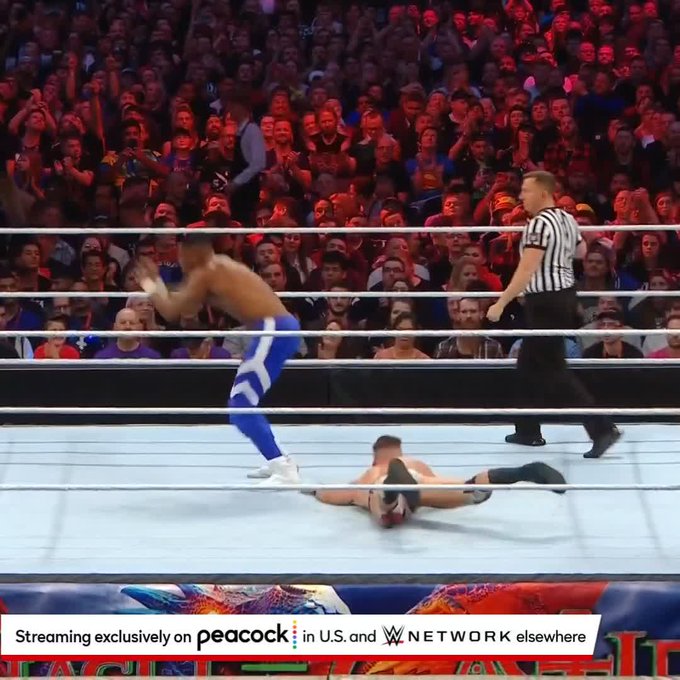 The fans of the United Kingdom did not forget Bayle’s passage in NXT and perform the classic support chant. Bianca, Asuka and Alexa manage to connect a triple suplex against their rivals.

The heel trio perform quick relays. Bayley ensures that the Raw champion does not enter, while Dakota knocks Alexa out of the game with a super kick to the jaw. The Japanese exhibit an extremely even match.

Belair enters the action and maintains resistance against the heel trio. The RAW Women’s Champion attempts the Kiss of Death against Dakota, but Iyo stops her. Kai finishes it off with a super kick, then Iyo performs his Moonsault and they achieve victory. 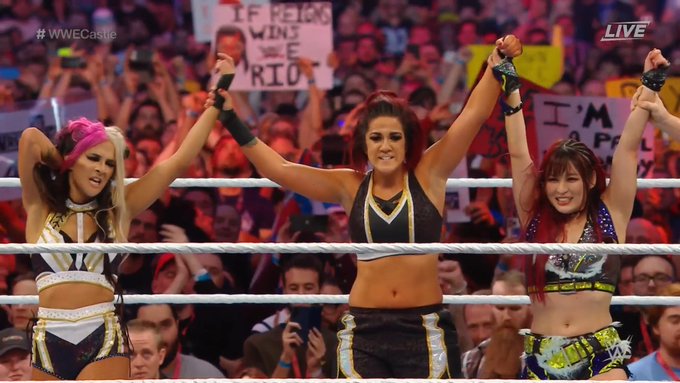 2- Gunther (c) vs. Sheamus. Fight for the Intercontinental Championship.

Giovanni Vinci appears at the entrance of the Champion to bring together the most dominant faction in NXT UK, IMPERIUM. Quickly, Butch and Ridge Holland collide in front of Vinci and Ludwig.

Gunther and Sheamus waste no time and start their physical duel. The Austrian anomaly leaves the Irishman in severe condition with his deadly chops.

Sheamus lands his punches to Gunther’s chest, being more aggressive in his counterattack with knees and elbows. The Ring General is subdued with a White Noise combo and a Celtic Crossyes Everything seemed to end but the effects on Sheamus’s body began to have an effect on his back. With a second bombshell and a whiplash to the Irishman’s neck, Gunther retains his title. 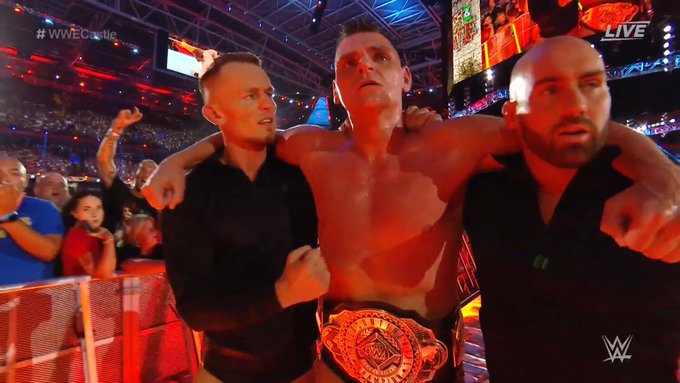 The champion looks for the Kirifuda Clutch but Shayna easily gets rid of the key. The challenger leaves Liv incontinent with a brutal knee but the champion recovers using an armbreaker.

Shyna responds to her rival with her own Kirifuda Clutch. Morgan turns it into a small package to free himself and apply an Oblivion, retaining in the process. 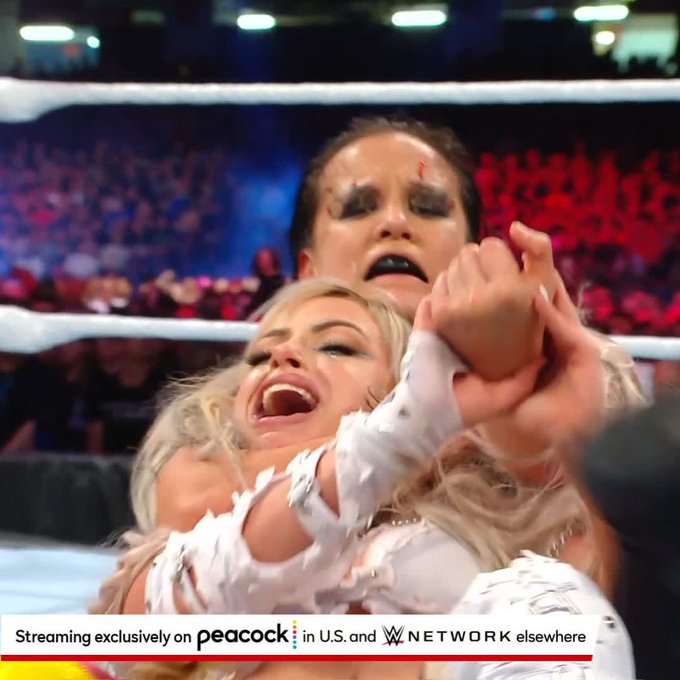 The chemistry between Edge and Mysterio is much more effective, having the momentary advantage against Bálor and Priest. The latter is brutally punished with the protection barrier, hitting his crotch.

Rhea Ripley attempted various diversions without much success. Surprisingly, Idge applies a 619 to Balor. On the other hand, Rhea intimidates Dominik again but is finished off with a suicide dive by the masked man. Finn is finished off by a 619 combo from Mysterio and a spear from Edge.

After the fight, Dominik shows his true colors and betrays Edge and his father. 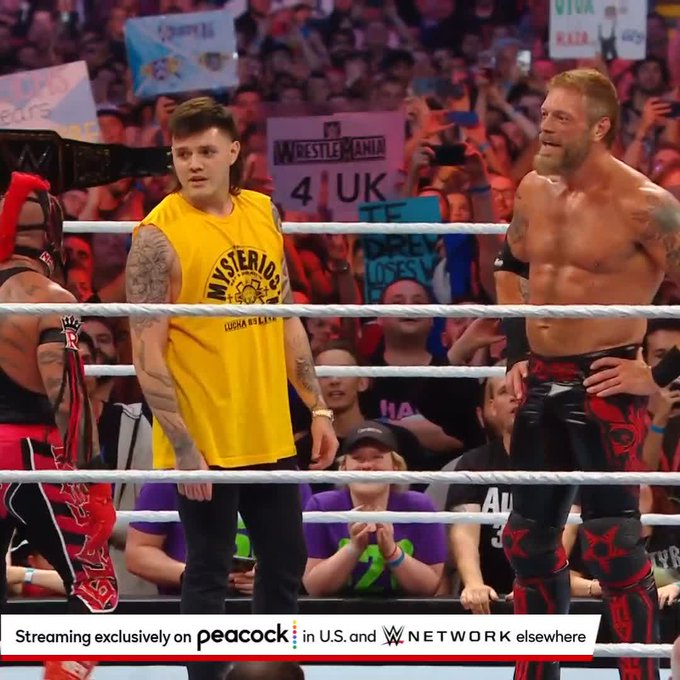 Riddle does not give Rollins the slightest respite and uses his arsenal of martial arts to hit him. In a moment of opportunity, Seth manages to grab Matt and crash him into the safety wall with a SummerSlam 2016-style bombshell with Finn Bálor.

The visionary tries to enter Riddle’s goal, using Randy Orton’s movements, but only provokes his fury. It wouldn’t be for a moment Rollins connects the Curp Stomp, to later go up to the corner and apply a Super Curp Stomp. 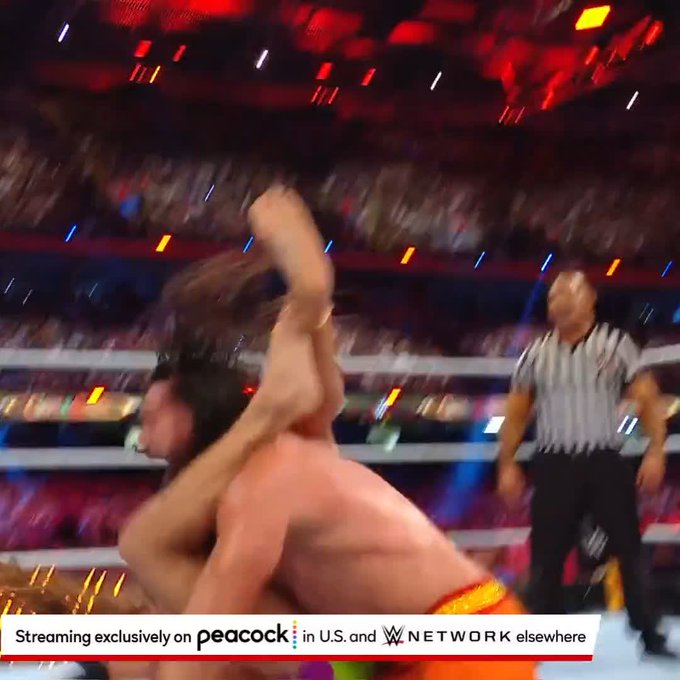 Nostalgia invades the entire stadium with the return of Broken Dream in the introduction of the challenger, being greeted as the local hero. On the other hand, the Champion enters as the invading visitor, being massively booed.

Roman Reings tries to avoid Drew, even messing with the European public, receiving more negative chants. The Scotsman corresponds with several dry blows to the head and taking him out of the ring.

Inside the public, Karrion Kross throws a bottle of water, distracting the challenger. Roman takes the opportunity to attack him against the cornerbacks of the ring. The Chosen One prepares the Claymore but is surprised with a Superman Punch, followed by a Spear.

The Champion applies the guillotine, everything seems to be the end but Drew manages to get away and apply a Spear to him at ringside to break the projection barrier. However, a new account the Scotsman receives a spear from Roman, and for very little the fight ended.

The referee falls unconscious, Austin Theory wants to redeem his title fight but is knocked out by Tyson Fury. Drew applied his Claymore for the third time and everything seemed to end but SURPRISINGLY, Only Sikoa appears to stop the count, Roman held back. 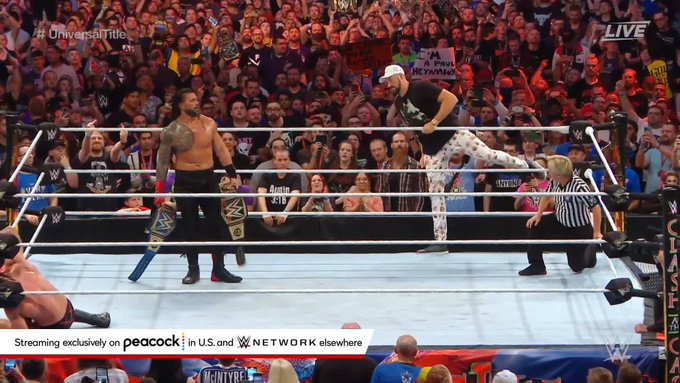 Thank you for sharing your time and enjoying this passion with PLANET WRESTLING. The best wrestling and wrestling information in Spanish, interviews, videos, coverage and live monitoring. Do not forget that you can directly access all WWE news and of next PPV WWE CLASH AT THE CASTLE.