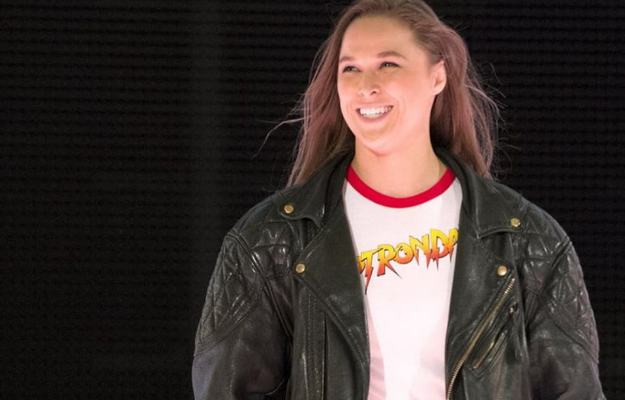 The WWE 24/7 Champion, Dana Brooke, spoke in a recent interview with NBC 5 Chicago about her confrontations with the winner of the Royal Rumble this year, and current challenger for the SmackDown Women’s Championship, Ronda Rouseyand the admiration he feels towards her.

Dana Brooke and Ronda Rousey met in the ring on several occasions during the years 2018 and 2019In fact, both faced each other for the Monday Night RAW Women’s Championship on the episode of March 18, 2019. Dana confessed that sharing the ring with the UFC Hall of Famer inspired her and helped her believe more in herself, so she would like to have a new fight with Rousey in the near future.:

“I know you never know what the future will bring. You don’t want to have any regrets in your life, and I feel like I went out there but it wasn’t a household name. You know that I grew up in gymnastics, in fitness and then WWE opened its doors and gave me that opportunity, that platform, right? And I just want to show the girls out there that you can do anything you put your mind to.”

“And I’ve always liked working under pressure. Going out there and challenging Ronda Rousey just shows that I can stand up to anyone. Know? I really think I learned more from my defeat than from a victory, I learned who I was, I learned that I can persevere despite anything. I can beat anything, and that’s what I did when I faced one of the biggest competitors in the world.” Said.

“And I’m happy that Ronda is back. She is a role model. I want to speak on my behalf because she is a mother, she is a WWE star and she is a pure professional in all areas, and that is exactly what I want to be one day: a mother. I am a WWE star, but I definitely want to up my game and be where she is, among the top-tier competitors in the WWE division.”