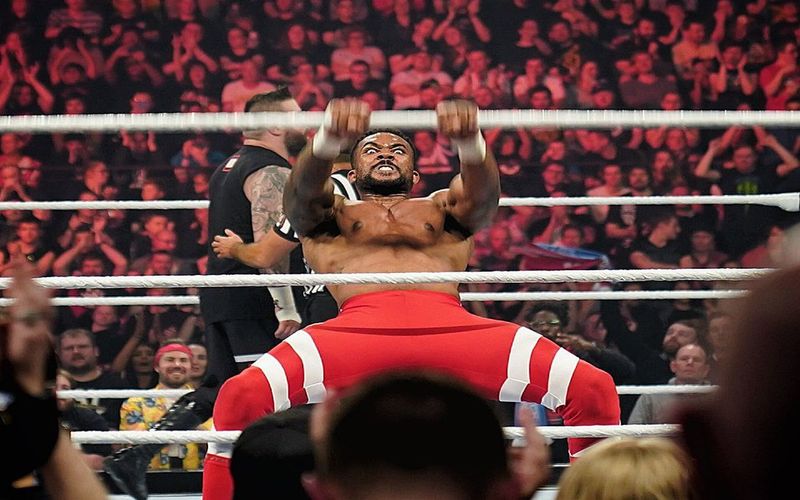 Montez Ford is one of the must-see stars on Monday Night RAW. 1/2 of The Street Profits never fails to impress the crowd with his athletic prowess. His spot on the January 24 episode of RAW took the internet by storm.

The Street Profits participated in a tag team match against The Mysterios (the father-son duo of Rey Mysterio and Dominik). At one point in the match, Ford dove out of the ring.

It wasn’t just the immersion that wowed viewers. Ford performed the move as he struck a Superman pose in the air. He held the pose for several seconds before finishing off the Mysterios.

The Street Profits and The Mysterios are among the participants WWE has confirmed for the Men’s Royal Rumble thus far. Check out Ford’s wacky dive in the clip below:

Manik Aftab is a news writer at Ringside News. He has been an avid professional wrestling fan since 2000. His earliest memories of professional wrestling involve The Rock taking on the McMahon-Helmsley faction in 2000. Outside of his writing responsibilities, Manik is a fan of fiction, thrillers, comics, manga and anime He is an occasional journalist and likes to spend his free time watching movies and reading about politics, science, medicine, etc. Manik also likes jogging in the park and working out at the gym. Manik is also a great rock group like Linkin Park, Breaking Benjamin, Metallica, Drowning Pool, Breaking Point and Skillet. His current favorite wrestler is Kazuchika Okada and his favorite wrestler of all time is The Rock.