In the last episode of Monday Night RAW (See WWE RAW Coverage and Results May 23, 2022) finn balor He was not with AJ Styles and Liv Morgan to support them against The Judgment Day.

Balor did not accompany his team in last week’s RAW

During the evening of last Monday the WWE Universe lived a new chapter of the rivalry of the team of AJ Styles, Liv Morgan and Finn Balor against the dark Stable of Edge, Rhea Ripley and Damian Priest. Both teams would face each other in a mixed team fight in which ‘The Maximum Opportunist’ remained at ringside supporting his teammates; however, the same did not happen on the other side.

‘The Phenomenal’ and Liv Morgan would face the team of ‘The Eradicator’ and Damian Priest. The faces fell defeated by pinfall and suffered a brutal attack after the contest. One element that caught the attention of fans was the absence of ‘The Prince’, to the point that it was not even mentioned by the commentatorswhich alerted his fans.

The reason for the absence of Finn Balor

Thanks to social networks we have realized that, Fortunately, the reason that Finn was not present or mentioned during said episode of RAW is not due to problems between him and WWE or something negative.but rather it is due to personal issues, because The fighter was attending the wedding of the former SmackDown Champion, Charlotte Flair, and the AEW fighter, Andrade ‘El Ídolo’.

Not only can you see the first WWE Universal Champion in the photographs that ‘The Queen’ shared on her Instagrambut also in those posted by his wife, Vero Rodríguez, on the same network.

For its part, Finn took to Twitter to send his congratulations to the couple along with several photos.:

«Congratulations to Andrade El Ídolo and Charlotte Flair. A celebration worthy of your love.” 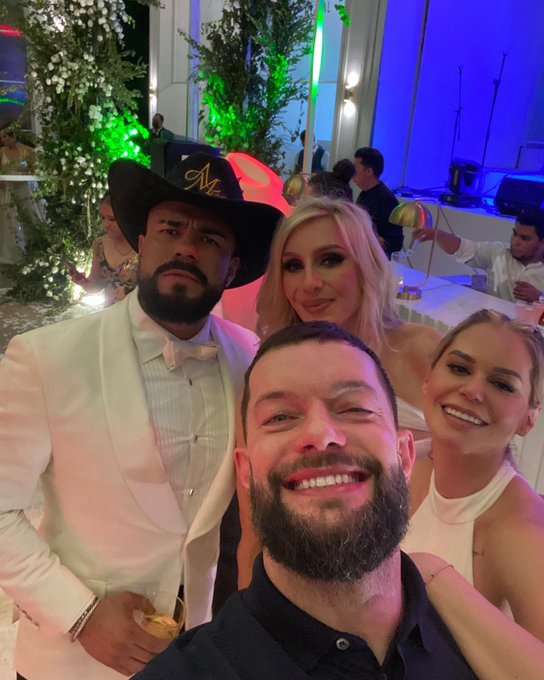 Why was Finn Balor not in the last WWE RAW?