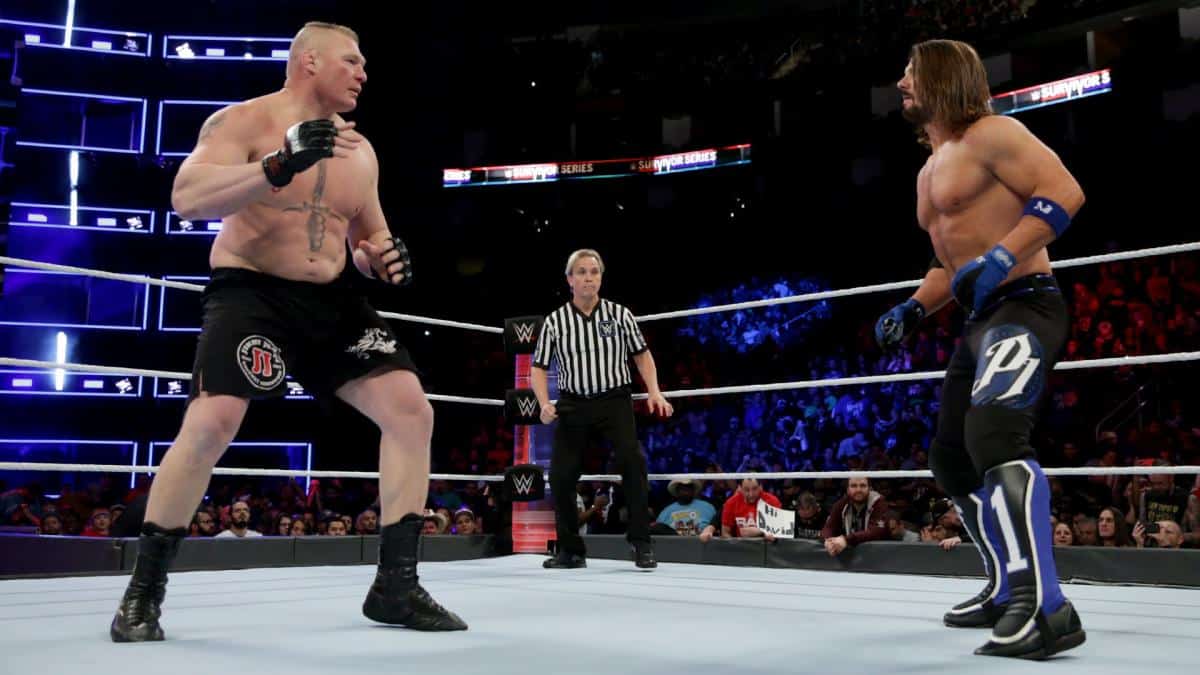 Brock Lesnar he faced AJ Styles in Survivor Series 2017 in a Champion vs. Champion match. Even though it didn’t take many weeks to build because The Phenomenal One wasn’t the champion until a few weeks before the event, the match ended up being quite good, with Lesnar winning in the end.

► WWE’s high command did not seem very convinced of the development of Brock Lesnar vs. AJ Styles

Despite the fact that AJ Styles is considered one of the best fighters in the industry, and Brock Lesnar one of the highest grossing, his champion vs. champion fight was not the main event of Survivor Series 2017 and there was a good reason for that.

While speaking on his podcast Oh… You Didn’t Know, Road Dogg revealed that the match between Lesnar and Styles was not the main event of Survivor Series 2017 because the higher ups weren’t sure what the two were going to do during the fight.

“We didn’t know what to close out at Survivor Series 2017. AJ Styles and Brock Lesnar or this traditional five-on-five men’s matchup, so we chose AJ and Brock to not close out. Let’s close with the other one because we didn’t know what AJ and Brock were going to do.… I didn’t know it was going to be good, and this has happened more than once. In hindsight, you’re like, man, I sure wish I’d closed with that, you know what I mean? They all would have gone home happy, and again, they still went home happy, I think anyway.”

The fight that closed said premium event was the one starring the Raw Theme (Kurt Angle, Braun Strowman, Finn Bálor, Samoa Joe, and Triple H) and Team SmackDown (Shane McMahon, Randy Orton, Bobby Roode, Shinsuke Nakamura, and John Dinner), with victory of the first. Angle’s position as Raw General Manager was on the line in that match.