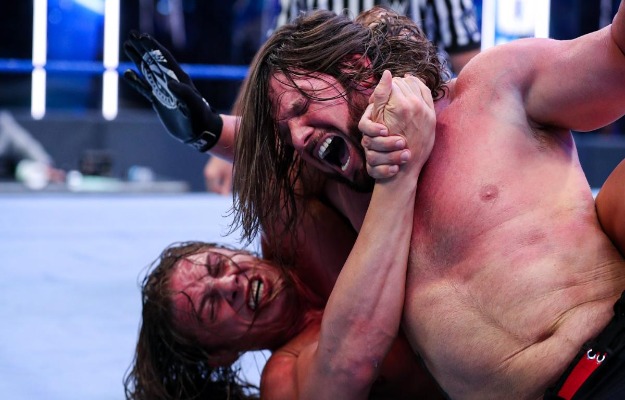 During the last week it had been announced that this very night on the WWE Raw Red Mark program there was going to be a very intense match between two former teammates in pairs. So much so that it was the biggest attraction. WWE news they addressed Omos’ debut individually.

Omos was not backstage at Little Caesars Arena in Detroit, according to PWInsider . He was sent home earlier in the day, leaving Detroit to fly home before filming for RAW began. A fact that shows the problems with Covid-19 in WWE.

The main reason for his being sent home is not known in detail. Therefore, the plans for WWE wrestler Aj Styles they had to change. Instead of having a match against Omos, he had it against former intercontinental champion Apollo Crews. A fact that gave him victory in a simple way.

In addition, the rivalry created could be continued on the WWE NXT 2.0 development brand at the time that Grayson Waller made an unexpected debut on WWE Raw. He continued with his heel persona created after the attack on Gargano in his last farewell message.

To this day, Aj’s long-term plans are not known, but if they continue his rivalry with Grayson, everything could indicate a debut for the star in NXT. It is not known when, but the setback of not fighting Omos is another stone on the road for WWE.