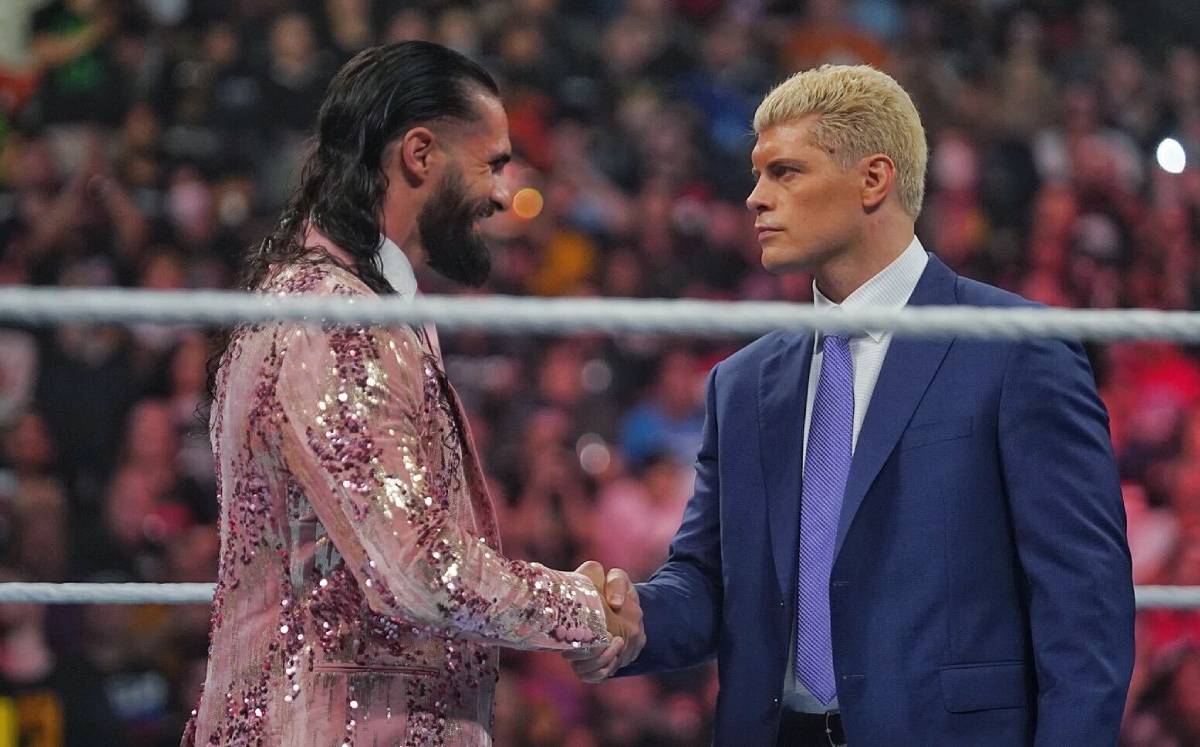 Sport and entertainment merge like nowhere else in WWE. Not in vain do they presume the two shows with the most episodes weekly uninterrupted in the history of American TV. They look like infallible in their productionbut when you areIn the sand you can appreciate details, mistakes or the non-broadcast fights.

This Monday, the raw after Wrestlemania was not without flaws. Unexpectedlythe music of D Generation-X sounded on full fight of couples between Sasha Banks and Naomi vs. Liv Morgan and Rhea Ripleythis while they were on commercial break in the transmission.

The DX song played by mistake in the Sasha Banks and Naomi vs. Rhea Ripley and Liv Morgan fight and everyone screaming “Fuck her” ????
Right now that we are off the air it sounds again because it is part of a dynamic. pic.twitter.com/gM1PRJBT0i

Fans at the American Airlines Center yelled “You fucked up” (you were wrong) to the musicalization person. In fact, heas four fighters left the actions for a moment in the face of bewilderment; then Ripley incited the public to scream louder for the failure of production.

I don’t know if it was heard on the broadcast of #RAWAfterManiabut here in the arena in the middle of Sasha Banks’ fight, the D-Generation X song played ????

People yelling “You f*cked up” and Rhea Ripley asks to yell it louder ???? #raw #WWERaw pic.twitter.com/M8whDRKox1

Once the fight was over, the DX song played again, which is one of the most important factions in WWE history. this time yes the musicalizer was correctgiven that use the theme for a dynamic in which fans pose on screens making the X sign that identified Shawn Michaels and Triple H.

The unseen fight of Cody Rhodes

The American Nightmare returned to WWE on Saturday after six years and had one of the best matches of the weekend against Seth Rollins. They were both of them those who precisely they started the RAW function this Monday with a handshake as a sign of respectafter the emotional message of Cody remembering his late father and member of the WWE Hall of Fame, dusty rhodes.

But what was not broadcast was Cody Rhodes’ fight against Kevin Owenswhich was already done off the air and with victory for the newcomersending the WWE Universe home happy with the promise that he will see them all at the next edition of WrestleMania, to be held in 2023 in Los Angeles.

Another curious moment from RAW at the American Airlines Center had as starring Randy Ortonone of the most loved by amateurs and that until time he gave them a joke when the cameras were about to take the entrance of a colleague of his.

The owner of the RKO lost in a fight of thirds and had to quickly leave the scene because in a matter of seconds Edge would enter via the main ramp. Orton walked on the opposite side to television socket and was left waiting for the entrance of The Rated R Superstar between shouts of fans who wanted to greet him.

What made the fans happy was that, As soon as Edge’s music played and appeared on the platform, Orton crawled a couple of meters simulating the pose before his RKObut he turned smiling to the stands, He returned to his position and waved goodbye with his arm raised.all this while on television they showed the entrance of the man who defeated AJ Styles on Sunday at WrestleMania 38.

What was not seen on RAW: the Cody Rhodes match