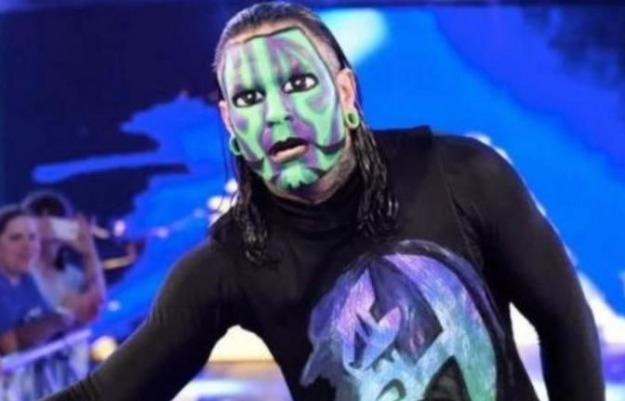 Former WWE writer Vince Russo spoke about the problems he faces the ‘Charismatic Enigma’ Jeff Hardy when entering the ring at 44 years old, something that is not easy for him, since his great professional career began in the World Wrestling Federation (current WWE) at the young age of 16 years.

Such an extensive tour, added to his risky and extreme style, are taking their toll on Hardy who, in Russo’s words, suffers from “constant pain” in his back after every fight.. This is the second time that Russo has referred to Hardy after his departure from Vince McMahon’s company, the first time he recommended Jeff to stay away from professional wrestling.

Russo recounted to Sportskeeda’s Chris Featherstone a recent conversation he had with wrestler Al Snow, one of Jeff’s former co-workers, who told him about the former United States Champion’s back problems:

“Al spoke to me earlier today. Al worked with Jeff for a long time; Al said to me ‘bro, I never saw Jeff Hardy have a fight where he wouldn’t have had to immediately apply ice to his back afterwards.’ That means the guy was constantly in pain. I mean, that’s what that information tells you. ” Vince said.

It is more than evident that Jeff’s back is one of the parts of his body that has suffered the most during his career, because every time he applies his Swanton Bomb characteristic, his back is exposed to a strong impact, in addition to that on some spatial occasions Jeff executes the movement from points higher than the corner of the ring such as stairs or other platforms.

Russo concluded by reiterating the idea that he had already raised on the previous occasion that it was very difficult for Jeff to be able to support the schedule he had to maintain as a WWE star:

“For your body, being in constant pain like that and knowing that you have to go out there (to the ring) over and over again, and not only fight, but then you have to apply ice, then you go to bed and the pain doesn’t. It allows you to sleep… And you have to go catch a plane, I mean, it’s something I can’t even imagine. And we’re talking about years, and years, and years of that. “