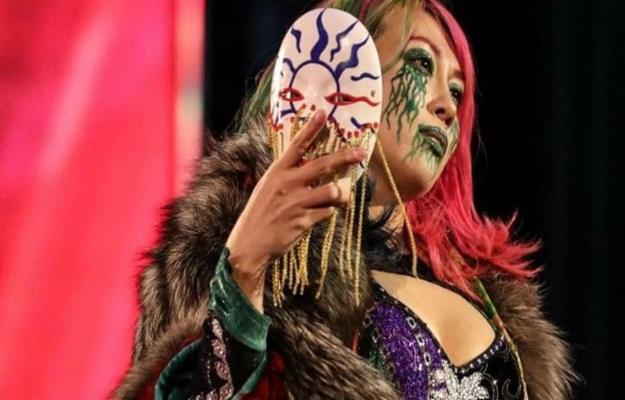 According to recent reports by Mike Johnson of PWInsider, the Vince McMahon has not been able to generate creative plans for ‘The Empress of Tomorrow’, Asuka.

Asuka’s days of absence are piling up more and more and are now quite a considerable amount, which is worrying since Today there is no reason of force majeure such as an injury for which the star is not showing his talent in the ring, but this is due to the management of the creative team of World Wrestling Entertainment that has not booked a return to the action for her.

The Japanese has been out since an episode of RAW in early 2021 in which she was seriously injured by a kick to the face from Shayna Baszler.; Asuka lost one of her teeth and it was later confirmed that she suffered a concussion from the injury. A few weeks ago it was reported that her return, along with those of Lacey Evans and Bayley, was close to happening.

Creatives have no serious ideas to see Asuka back

The latest report from Mike Johnson of PWInsider reveals that The Company wants the former RAW Women’s Champion to return this month, but nothing serious has been heard about it In addition to some rumors among fans who have seen her in the city of Los Angeles. Asuka’s name was heavily thrown around as a possible upset at the Royal Rumble or as the sixth Elimination Chamber entrant, but neither idea came to fruition.

“There is nothing yet. The hope internally is that she will make her comeback this month, but obviously nothing has been planned for her by the creatives. It has also been heard that some fans have seen her in Los Angeles recently, we have not heard anything additional in regards to Asuka.

Update on the reason for Asuka’s absence from WWE