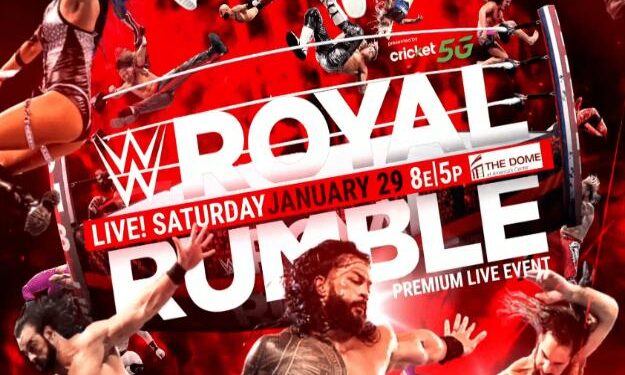 WWE news speed up as you get closer Royal rumble. This mythical combat will take place next Saturday the 30th, however, speculations about the stars that will participate in the real battles have been going on for weeks. And, apparently, two former superstars will make their return.

According to the prestigious US media, PWInsider, two big comebacks will take place in the women’s battle royale. One of them would have to do with a multiple times female champion in the Ruthless Aggression.

If these predictions come to pass, Melina and Cameron will return, for one night, to the strings of Wwe. Being two of the surprises of this fight that will celebrate its fifth edition this year 2022, with Liv Morgan and Bianca Belair as great favorites.

Months ago, Cameron dedicated great words to Vince McMahon, so he can meet his old boss for one night, of whom he has great memories. In turn, Melina was a four-time Women’s Champion.

In addition, the same medium has reported that this year Wwe has no interest in bringing too many superstars from NXT 2.0 to combat. Therefore, most of the superstars will come from Raw, Smackdown and the traditional comebacks.

As mentioned before, this will be the fifth women’s edition. In previous years the winners were: Asuka (2018), Becky Lynch (2019), Charlotte Flair (2020) and Bianca Belair (2021). In this year’s match they start as favorites: Liv Morgan and Bianca Belair, who seeks to be the first woman to win this event twice, also, consecutively

Thank you for sharing your time and enjoying this great passion with PLANET WRESTLING. Remember that you can follow us on our RRSS and here on the web so you don’t miss anything. Every day we bring you closer to wwe news, videos, interviews, as well as the best coverage and live follow-ups.