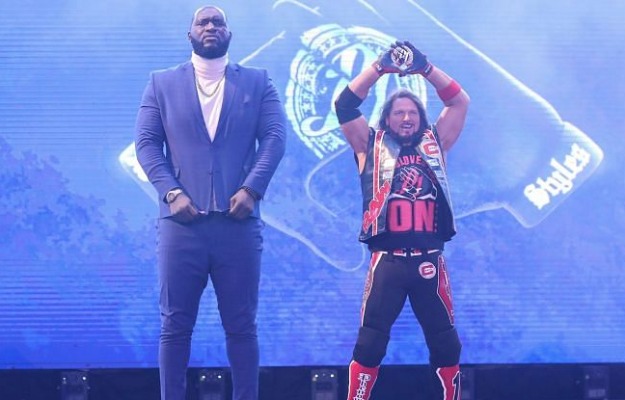 The phenomenal AJ Styles and the giant Omos were agreed to face in RAW but this no longer happened, after speculation the real motive has been revealed.

Reason why the fight of Omos and AJ Styles was canceled

As we could see in the Monday Night RAW from last week, the phenomenal AJ Styles and Omos they ended their alliance and they had a little altercation in the ring, in this week’s edition of the red brand sI planned for them to have an official fight but it no longer took place, Omos was reportedly not backstage at Little Caesars Arena in Detroit, Michigan since it was sent back home.

Although it was speculated that Omos could have been infected with COVID, the reason has been another. In the last edition the Wrestling Observer Radio Dave Meltzer pointed out it could have been canceled because they met on Sunday at Madison Square Garden and it was horrible, this was what Meltzer reported.

“They told me that the MSG match with AJ and Omos told me it was absolutely horrible.

on television? So maybe that’s it. Or maybe it’s COVID. It was a strange thing, the way

They handled it, because they announced the fight at the beginning of the show. And then all of a sudden at the end of

program, you know, AJ says ‘Get out, let’s fight’, and he’s not there, and Apollo Crews and Commander Azeez

come out. So that was really weird and awkward to say the least. “

We do not know if we will see this fight in the end, but for now it seems that WWE does not plan to do it by the factor that the two fighters do not connect to fight each other, perhaps it is best that both take separate paths.