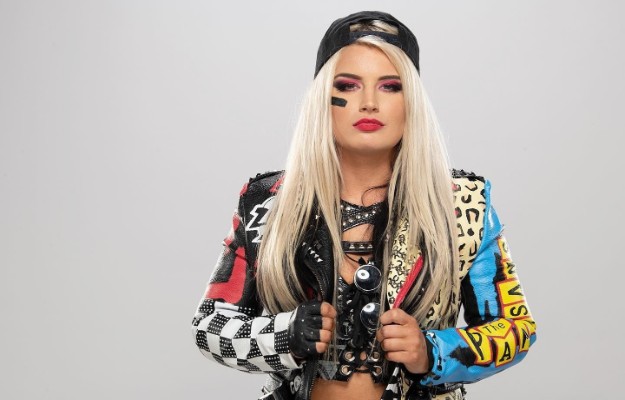 The arrival of Toni Storm to the blue mark of SmackDown was first announced during this year’s July 9 episode. Toni had her first fight in that show against Zelina Vega during the edition of the 23rd of the same month, taking an impressive victory in her debut.

Toni Storm talks about the differences between NXT and SmackDown

At that time, Toni’s career was enviable, as she had a broad career in NXT and NXT UK that she built since her WWE debut in 2017.. In addition, in the British Brand Storm reached the Women’s Championship that she kept with her for a total of 231 days, an impressive figure as it was her first Title within the Company.

Despite how promising the talented fighter’s career appears to be, since she rose to the main roster she had not had much relevance until a few weeks ago when she directly challenged Charlotte Flair for her SmackDown Women’s Championship. At first, ‘The Queen’ did not show interest in a possible confrontation, but in the last episode of the Blue Show we could see that Toni is managing to get into Flair’s head, since Charlotte already gave the first blows in what will be an interesting rivalry . Being one of the brand’s newest stars, Toni spoke about his brief stint on SmackDown:

“Everything is different, I mean the whole thing. To be honest, it has been a totally new change in my entire life. Now I am back on track after having been rambling for a long time. It is simply everything. Everything from the people to the way it works, everything is completely different. It has been quite an effort trying to find a way to get on the roster, but it has been great. Many of the girls have been really nice and welcoming helping me behind the scenes. ” Toni confessed.

Storm too talked about how the stars of NXT who have risen to the main roster with her give a new look to the shows:

“I feel like there is something very special in the air, there is a good vibe surrounding us and I am very excited about it; I don’t know, I absolutely love all calls. I think we are on something special here, we are shaking things up; it’s new, it’s cool, it’s cool. I think people are really going to enjoy what we have to offer. ” The ex-Champion assured.