The Undisputed WWE Tag Team Champions, The Usos, put their Medals up against the pair of WWE RAWThe Street Profits, in the PPV Money in the Bank.

Both Medals of the Tag Team division are put into play in a brutal fight!

From the entrances of the two couples, the Las Vegas public showed its interest in the action, and that is that Montez Ford and Angelo Dawkins came to the biggest fight of their careers, because not only a couple of Titles were at stake, but it was the Tag Team Championships of both Monday Night RAW and Friday Night SmackDown.

The fight began quite aggressively, The SP managed to knock down Jimmy Uso, who had to get out of the ring to recover with his brotherall while Montez did the classic ‘Suck It’ from the legendary stable Degeneration-Xearning the cries of the audience, who really enjoyed the flashy moment.

An exciting match between The Usos and The Street Profits!

As it was expected, the fight was full of fast action, aerial moves and combinations between both teams to submit the rival couple. One of the rawest moments was when members of ‘The Bloodline’ threw Dawkins back against one of the ring columns.

The dominance of the Undisputed Champions delighted not only the WWE Universe but also the Undisputed Universal Champion of World Wrestling Entertainment, who surely had his eye on the contest.

The Illegal moves of The Usos also appeared in the midst of their strategic and accurate offensive. Jimmy and Jay they took their time to punish the two challengers and the combat seemed to favor only one of the two corners that took the boos and applause of the Universe present in the arena that could witness his obvious aggressiveness and rudeness.

Both Montez and Angelo had moments of adrenaline and inspiration that allowed them to momentarily take control and hope to become Ultimate Champions. The fight could be for any of the teams, each pinfall looked closer to closing the spectacular contest but, despite the obvious physical exhaustion, both halves refused to be defeated.

A truly indescribable display of finishers with words came in the last minutes of the fight but neither team managed to capitalize on what became one of the best fights of the nighta fact that was reflected in the chants of ‘fight forever’ (‘fight forever’).

High on the Island of Relevance! The Usos continue to reign!

A spectacular Double Super -Kick followed by 3-D applied to Montez Ford was what ended one of the best fights in the fight. The Usos continue to reign as Undisputed Champions.

Seeing the replays WWE realized that Ford managed to get his right shoulder up before the count reached three. Unfortunately for the RAW couple, the decision was already official. 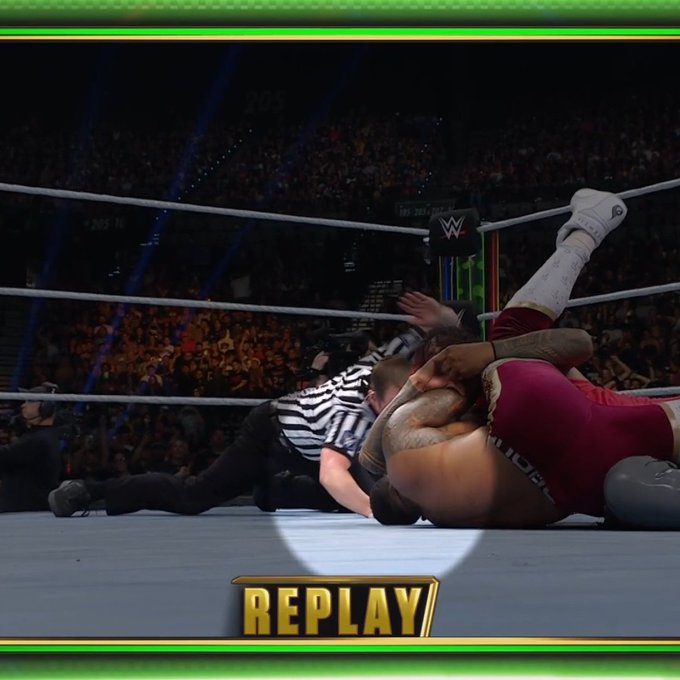