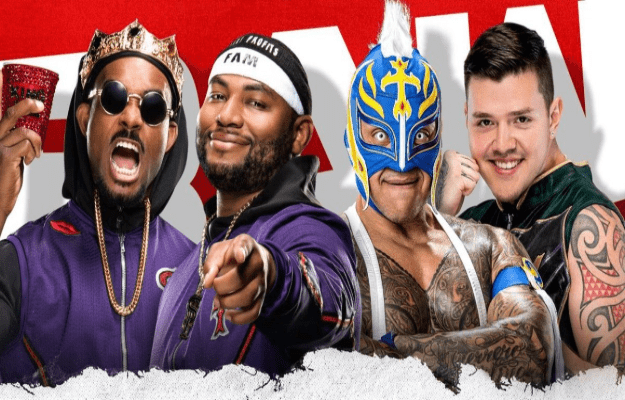 After both teams were absent for weeks, tonight in RAWwe will finally have the fight between Street Profits vs Rey and Dominik Mysterio, the pairs will face each other to decide who will be the challengers for the championships in pairs of RK-BRO.

A couple of weeks ago in Monday Night RAW The team of Randy orton Y Riddle, RK-BRO organized a tournament to find out who would be their next challengers for the red brand tag team championships, After seeing different teams facing each other, the two that would reach the final were the team of Montez Ford and Angelo Dawkins and the Mistery King and his son Dominik, Street Profits vs Los Mysterios were agreed to fight for weeks but Due to the injury of one of each team this fight had to be postponed.

Although it was thought that WWE could change plans and look for other challengers who could be good Otis and Chad Gable from Alpha Academy, a few hours ago through his Twitter account WWE has published a video where the fight between the two teams is confirmed for tonight on RAW.

Finally we will have this meeting in addition to this we must add that Randy Orton will go head-to-head against Otis, anything can happen but what is clear for now is that tonight we will know who will face RK-BRO for the championships on WWE Day 1.