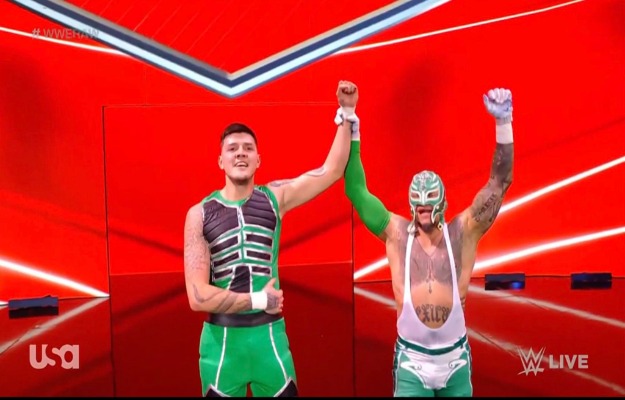 At the beginning of the night in Monday Night RAW we saw how a tournament to decide the new challengers for the RAW tag team championships, Rey Mysterio and Dominik battle for that opportunity against Alpha Academy.

Rey Mysterio and Dominik vs. Alpha Academy at RK-BRONAMENT

Randy Orton and Riddle had an idea to find out which Red Mark team was worthy of their RAW Tag Team Championships and for her they created this tournament with four teams that would fight to earn that opportunity, as we could see early at night the first to go to the final are The Street Profits And right now, we’re about to know between Alpha Academy and Los Mysterio who will accompany them.

Rey Mysterio and Dominik seek to position themselves as champions as a father and son couple again and but in front of them is present the great challenge of Chad Gable and Otis who demonstrate great moves that put Dominik in trouble.

Rey and Dominik go to the final

However this surprises him in the blink of an eye and when Gable tries a Moonsault but Domink dodges him and with this, 1 2 3 Rey Mysterio and Dominik advance to the final of the tournament, father and son will face The Street Profits in the final of this small tournament, Can they be the challengers and become champions again?