The two-time WWE Grand Slam Champion, The Mizdeclared in a recent interview that there is a fighter of Monday Night RAW which reminds him of himself when he was young.

the talented fighter The Miz is one of the most experienced active superstars with the most medals in his historybecause it is the only fighter who can call himself a two times Grand Slam Champion.

The acclaimed athlete, who is also an actor and host of Miz TV, He has been in WWE since 2004, which is why he is considered by many to be a wrestling legend..

With this impressive status we can say that without a doubt all his experience gives ‘The A Lister’ the ability to recognize young talent, and has found some valuable similarities between himself and Mr. McMahon’s protégé, the United States Champion, Theory.

The Miz details why he admires Theory

While speaking on the most recent episode of WWE’s The Bump, The Amazing spoke about the United States Champion, with whom he has had a curious allianceespecially against Mustafa Ali in recent weeks:

«When I look at Theory’s trajectory, where it comes from and the way it has done in WWE, it reminds me of when I started in WWE. His work ethic, his ability to retain information and go out there to do it (fight) is undeniable (…) he definitely has a punch face as well as me, so they are definitely going to want to hate what he does. » 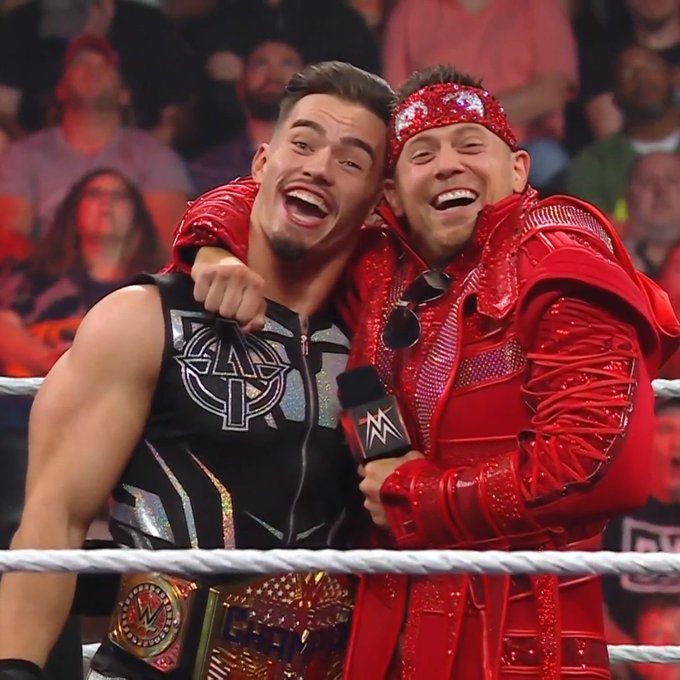 The star also stated that sees a great future in the Champion:

«Honestly, I think he is doing all things well and I think they told me this when he was at the point where he is in WWE: You have to go through the wars to reach the main event, to reach the Championships, to be the conversation topic. I think he’s on a great path, he needs to get through those wars.”

The Miz says a RAW star reminds him of himself